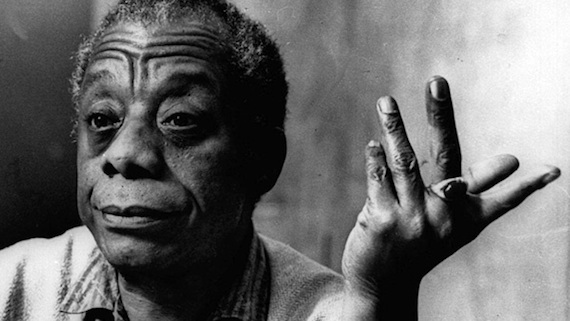 If I don't get to watch another film this year apart from Raoul Peck's Academy Award nominated documentary I Am Not Your Negro, I think I'll be cinematically satisfied for the entire 2017. Yes, you read me right. It's. That. Good.

Why make such a strong statement, you may wonder? Because the writing of James Baldwin, the great African American author who defines the Civil Rights movement in America along with Martin Luther King Jr., Malcolm X, Medgar Evers -- and of course Rosa Parks and Dorothy Counts among many others -- is as current and crucial today as it was in the 1950s and '60s.

In I Am Not Your Negro, Peck manages to weave archival photos, video and even the odd space footage into a beautifully watchable, mesmerizing, can't-tear-your-eyes-away-from-the-screen masterpiece of understanding, drawn out straight from Baldwin's writing. Samuel L. Jackson narrates by reading from the 30 pages of notes for Remember This House, a book Baldwin never completed where he wanted to tell the story of his three murdered friends -- MLK, Malcolm X and Evers. At times I had to remind myself that it wasn't Baldwin talking me through his fascinating life, but Jackson instead. If ever someone channeled the spirit, courage and great humanity of the author, it's the beloved Hollywood actor.

I Am Not Your Negro is currently in theaters in the US. Thankfully, European audiences will soon get a sneak peak of it as well, when the film screens at Berlinale.

I believe this is a crucial film for our here and now because we are witnessing what happens when that often used quote comes true: 'Those who cannot remember the past are condemned to repeat it.'

When Samuel L. Jackson recently attended the Dubai International Film Festival to receive a Lifetime Achievement Award from the organizers, I sat in his presence with a group of journalists, and here are the highlights of our talk. 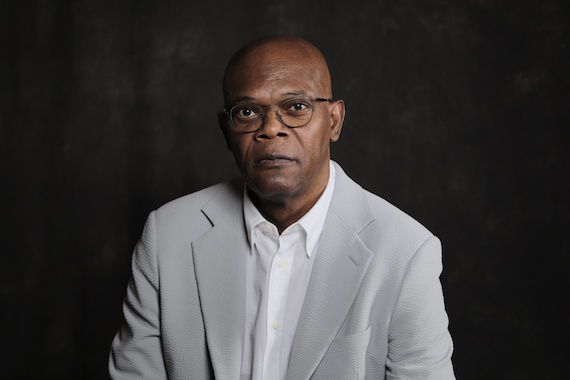 Does acting fulfill you in the same way as when you started your career?

Samuel L. Jackson: Yeah for sure. It's something that I think about all the time. I constantly get up and wanna do it, constantly searching for projects and new scripts, imagining myself inside that script or not inside it.

What excites you about it?

Jackson: Telling a story mostly. If I find a story that is really compelling and looks like it would be fun to do and they are making it in a fun place...

Do you feel like you're an ambassador of sorts here in Dubai, because of the way the West looks at the Arab world and vice versa?

Jackson: I don't know that I could change anybody's opinion on how they feel about Westerners. I think people look at my films and they see me as some kind of alike for that character in the film. I just did an interview and found out about Rules of Engagements that some people were offended by it in this part of the world. The studios knew about it and there was an apology issued that we didn't know anything about. You do that, and you show up and people see interviews and they know who I am and I guess I'm sort of known as being an outspoken individual. People pretty much know who I am and where I stand.

Do you think that comes from having grown up in the times you grew up in?

Jackson: Definitely. It's totally about where I came from, what my values are, what I think the world should be in terms of equal rights for everyone and all people no matter where you're from and what your sexuality might be. All those things are formed because of the time I came from in America. I'm a child of the Sixties.

You've had a lot of iconic lines in your films. Which one is recited back to you most often?

Jackson: "You know what they call a quarter pounder with cheese in Paris?"

How do you feel about that?

Jackson: Fine. You know there are actors who spend their whole careers and no one can quote anything they've ever said, so... People also try to do the Ezekiel speech but they are not very good at it.

Have you ever ordered a quarter pounder with cheese in Paris?

Jackson: I don't tend to eat at McDonalds.

What are your thoughts about the most contentiously elected President of the United States we've had in our lifetime?

Jackson: That's hard to say. I think now people like me are feeling the way that all those people who hated Barack felt for the last eight years. It's just been a flip. A lot of people voted for dude. It's not like he stole the election! More people voted for Hillary, OK fine. But for eight years there have been people who hated Barack and to the world he was a beloved kind of dude. He was supposedly like "America's got a black president he's so cool!" America is growing. Well, now we know America didn't grow so much. People were just laying there waitin'. "That guy has gotta be gone!" So, we're on that side now, we can't wait for that guy for leave but we have to wait four years, at least. It's just a flip so the other half of America gets what they want now. Or what they think they want.

What are finding as you tour around the world, do you need to defend America?

Jackson: I don't defend America. No. It is what it is. We wish we could have someone who was beloved, but even the people we love don't do everything we need them to do for us.