The Zen Master, 67, proposed to Buss, 51, presenting her with what appears to be an emerald-cut diamond ring flanked by two smaller emerald-cut diamonds. The happy bride-to-be posted a photo of the sparkling stunner Thursday, tweeting, "Twitter family - Phil finally gave me that ring I wanted! :-)" 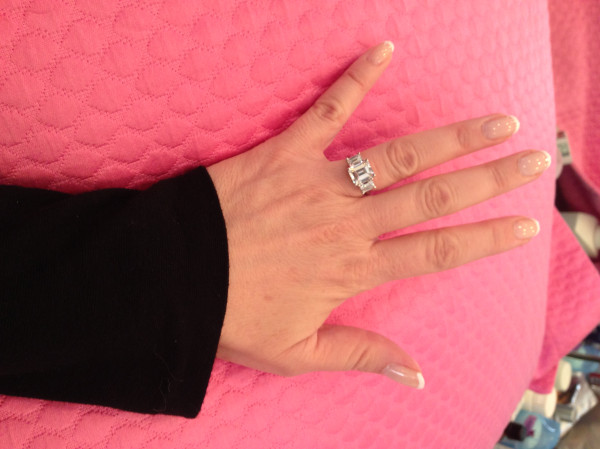 Buss' twitter message probably makes reference to the 11 NBA championship rings Jackson has won during his long and successful career as a coach for the Chicago Bulls and LA Lakers. Jackson is now retired, but the Lakers management briefly considered bringing him back to the team in 2012 in order to replace a flailing Mike Brown. In the end, Mike D'Antoni won the coveted coaching job, but not before the issue created some tension between Buss and her family. In November of last year, she tweeted this question to Michelle Obama: "Have you ever been made to feel that believing in & supporting your man is a bad thing? Need advice. ;) Jeanie."

As for those wondering if a mini-Zen Master is soon to follow, Buss seems to have preemptively addressed the issue by tweeting a photo of Jackson and her pooch on Dec. 26.

The couple have been together since 1999, and Buss has always been frank about wanting to seal the deal with Jackson. In an interview with Forbes two years ago, Buss shared that she had to dial back her marriage expectations in order to be with him. From the article:

I wanted to get married. That’s who I am. Phil is of a generation that probably would have been happier never getting married. He just doesn’t want to get married again; it’s not that he doesn’t want to marry me. It took me awhile to understand that, and I’m fine with it now. We’ve been together over 10 years. This relationship has been my longest and most successful. So I’m very happy.

Still, she admitted, as Jackson's girlfriend, she worried about her relationship with his five grown children and seven grandchildren. "It’s like when Gayle [King] said that we need to come up with a better name for people in long-term relationships," Buss said to Forbes. "To his grandkids, I’m just Jeanie. I don’t have a secured place in the family."

It looks like Buss won't have to worry about her place in Jackson's family any longer.

UPDATE: Buss confirmed the holiday season engagement to ESPNLosAngeles.com and said that the couple hasn't set a date yet.

"I'm beyond happy," Buss said to ESPN. "I really didn't want it to be news, but I knew people who followed me on Twitter cared about it and I've been wearing the ring since Christmas, so I figured I should let people know."

CORRECTION: Buss and Jackson have been together since 1999, not 2001. We apologize for the error. 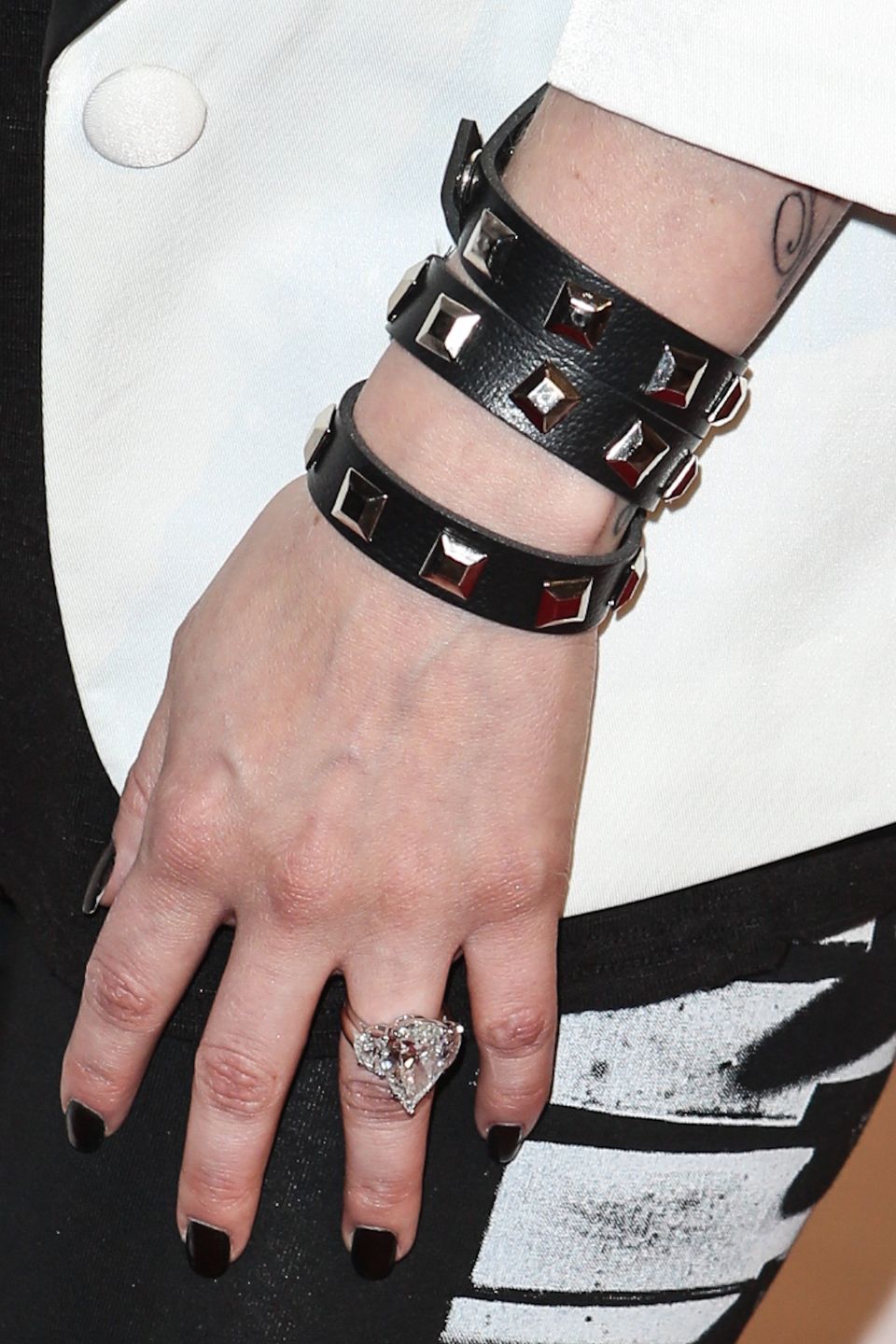 1 / 6
Avril Lavigne
Nickelback frontman Chad Kroeger <a href="http://stylenews.peoplestylewatch.com/2012/08/23/avril-lavigne-engagement-ring-picture/">proposed to fellow Canadian</a> Avril Lavigne in August with a gargantuan <a href="http://www.people.com/people/article/0,,20623359,00.html">14 carat pear-shaped rock</a>. We want to know: can she even put her hand in her pocket with that thing on?!
Getty