When Phil Jackson took over as head coach of the Chicago Bulls in 1989, he inherited a struggling team with one of the best players in the world: Michael Jordan. But rather than focus solely on the basketball star, Jackson chose to nurture the team as a whole -- a coaching philosophy that helped the Bulls win six NBA titles.

In this video from Jackson's appearance on "Super Soul Sunday," the Basketball Hall of Famer and Eleven Rings author explains why he didn't put Jordan on a pedestal above his teammates. Jackson says it all began with a statement inspired by a book from an American Buddhist nun: "No man is an island. No man goes his way alone. What I put into the lives of others will come back into its own."

Jackson repeated this statement frequently to his players. "Those words, sometimes, are difficult for the boys to hear," he says to Oprah. "So then I would say, 'Do you understand what I'm saying? No man goes his way alone. We're in this together.'"

Meanwhile, the media had focused its attention squarely on Jordan, which could have easily challenged the sense of cohesiveness Jackson was building with the Bulls. So how did Jackson prevent this from happening?

"I had a fortunate relationship with Michael. I didn't buy into that [god-like] part of his being," Jackson says. "[I] actually had to ask him to cut back from what he was doing. 'I don't want you to be the scoring leader. The scoring leaders have not won championships.'"

Though Jordan still wanted to be the scoring leader, he believed he could do so while still cutting back on his scoring average. He volunteered to do so, allowing the rest of the players to contribute more to the team.

Asks Oprah, "Did that feel to him, though, that you're asking [Jordan] to be less than [he] can be?"

"He accepted the role, which was wonderful," Jackson says.

Phil Jackson On Michael Jordan: I Didn't Want Him To Be The Scoring Leader (VIDEO)
Michael Jordan Top Retirement Moments 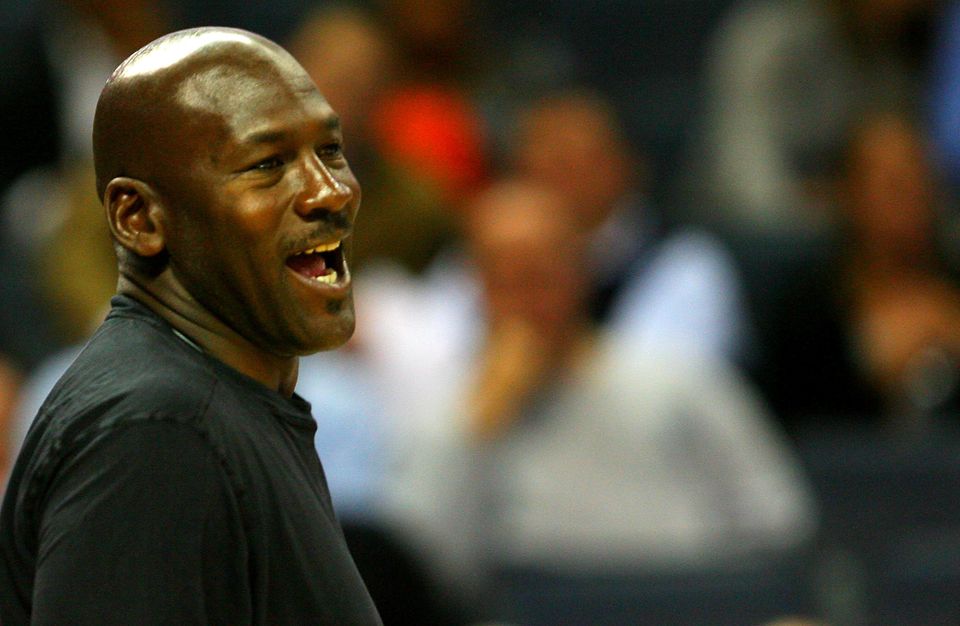 1 / 6
Charlotte Bobcats
Michael Jordan bought the Charlotte Bobcats in 2010, becoming the <a href="http://sports.espn.go.com/nba/news/story?id=5003048">first former player to be a majority owner in the NBA</a>. However, <a href="http://espn.go.com/nba/story/_/id/8581175/michael-jordan-says-committed-charlotte-bobcats">Jordan has yet to turn the Bobcats into a winning team</a>. At the end of their 2011 season, Jordan told ESPN, "Are we a playoff team? C'mon, we can't expect that ... But we need to get the ball rolling in the right direction."
Getty Images