After shooting 2-under 69 in the first round of the Open Championship, Phil Mickelson voiced his displeasure on the setup of Muirfield.

"I got really lucky because I think the R&A was really worried about the scores going too low and so they used some really funky pin placements," Mickelson told ESPN. "They used some funny spots and about a third of every green has died, it's so brown. I hit two perfect shots on (No.) 18, left it in the exact spot I wanted to leave it, and I ended up just trying to lag it (and) it still went way by.

"Like I said, I got really lucky to play early because I at least had a fighting chance."

Mickelson specifically pointed out the pin placement at No. 8, which is in the front-right portion of the green Thursday. He also said, "I don't see anyone on the afternoon with a realistic chance (at shooting 69)."

"I thought it (the setup) was a little overdone and I feel bad for these guys that have to go out and play it (this afternoon) because they're at a distinct disadvantage," Mickelson said. "It's one of those elements where luck is always a factor, but this shouldn't have been the factor. The weather didn't come in; it's fine. It's just the way it (the golf course) was presented to us."

Mickelson wasn't the only one a little upset after his first round.

Zach Johnson, who leads at 5-under 66, said he was "shocked with a couple of pin placements," citing Nos. 13 and 17. But his major concern was how dried-out and fast the course is.

"The fairways are rolling just as fast as the greens," Johnson said before adding, "Two-putting from essentially 15 feet and beyond, it's got your attention."

Ian Poulter sounded off via his Twitter account, @IanJamesPoulter: "Unfortunately the guys this afternoon will struggle with a few pin positions. 8th hole is a joke, 18th needs a windmill & clown face." 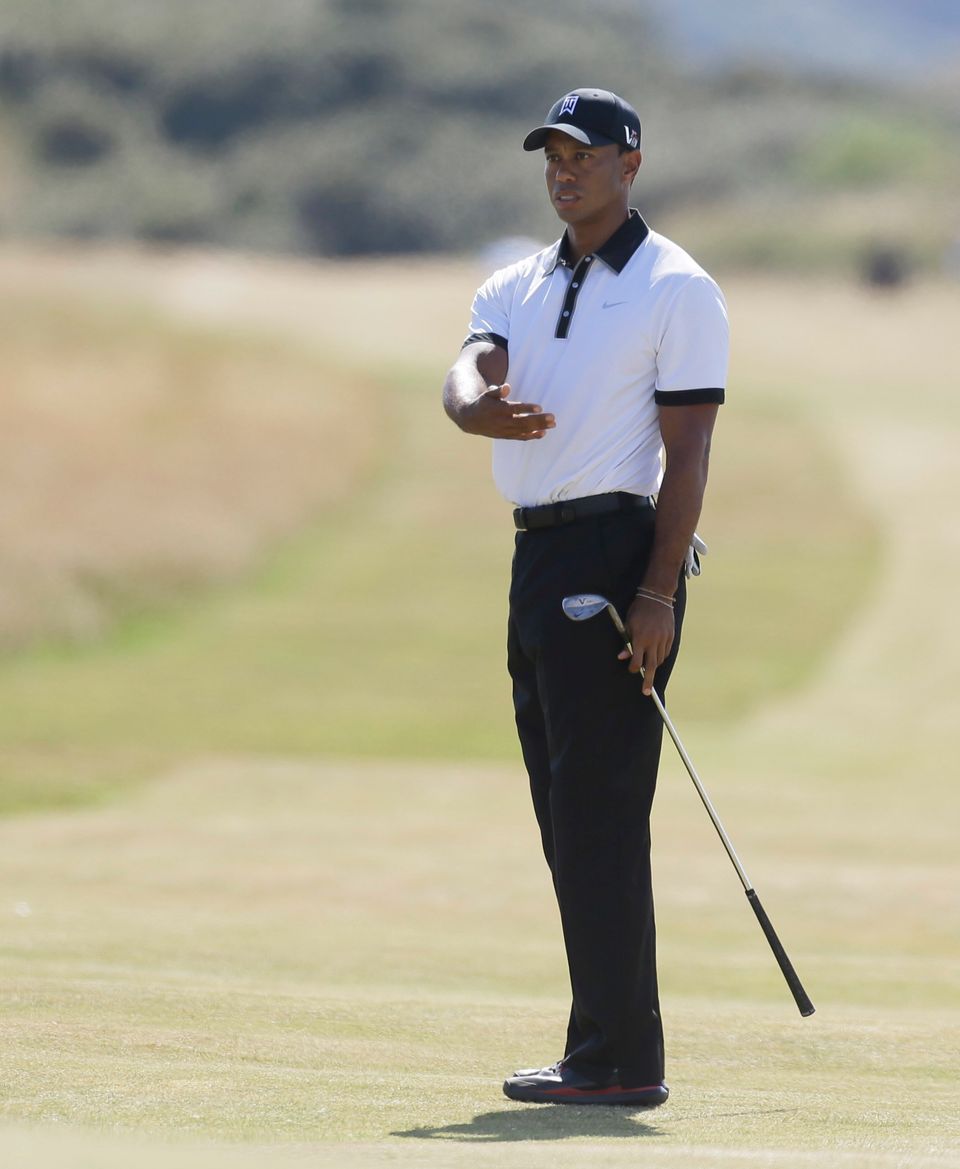 1 / 79
Tiger Woods of the United States gestures on the 6th fairway during the first round of the British Open Golf Championship at Muirfield, Scotland, Thursday July 18, 2013. (AP Photo/Jon Super)
AP