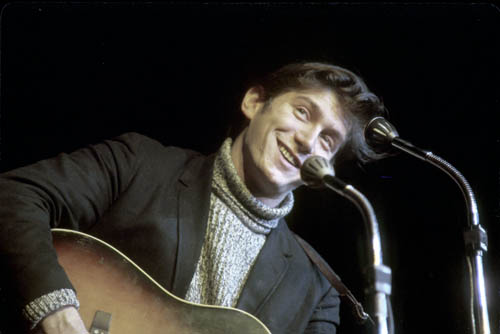 John F. Kennedy brought Camelot to the country, the civil rights movement broke historic barriers between the races while singing "We Shall Overcome" and folk singers got involved as the bards of hope and change.

But dark shadows appeared on the horizon. Kennedy's assassination, the ongoing turmoil of resistance to integration and the escalation of the Vietnam War gave the singers a new identity. No longer "folk" they were enlisted as protest singers as their voices swirled into the center of the cultural turbulence that roiled the country throughout the '60s. At the center of the storm was Phil Ochs, a singer/songwriter who's been overlooked by many but who penned such anthems of the era as Joan Baez's signature song, "There But For Fortune" which is the title of a new feature length documentary about Ochs opening this Friday, March 4 in Laemmle's theaters in Los Angeles.

The result is a compelling film that transcends the story of one person and tells the story of an era. An era that continues to resonate today and the songs Phil Ochs sang sound as fresh as when he wrote them. 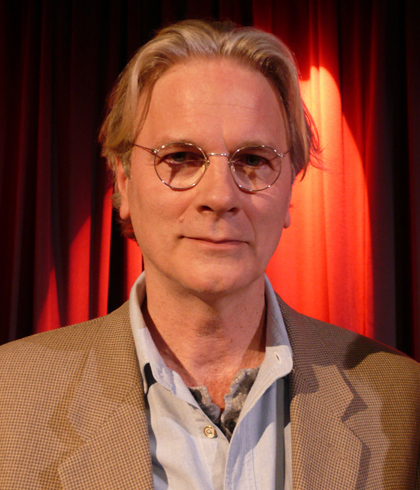 "Unfortunately, so much of what he wrote about is still relevant, " said the film's director Kenneth Bowser, who has been working on this project for twenty years. "I made this film because I love Phil Ochs. After 20-years, I'm still not bored."

Bowser grew up listening to Phil Ochs records but was really moved by the singer's commitment when he saw him perform at a benefit for grape pickers organized by Cesar Chavez in New York. "He (Ochs) flew in from California just for the benefit and the plane ticket cost more than he got from the benefit. That was Phil," said Bowser. "His music meant so much to me and his values."

But it took his daughter Samantha, who shared her father's passion for Ochs, to suggest he make a film about the singer. After listening to the Billy Bragg song, "I Dreamed I Saw Phil Ochs Last Night," "She made all of her friends in New York listen to it," explained Bowser. "She said I have to make this."

At the time, Bowser had only made one feature length documentary but given his marching orders he headed out to California to pitch his idea to Phil's daughter Meegan and brother Michael. 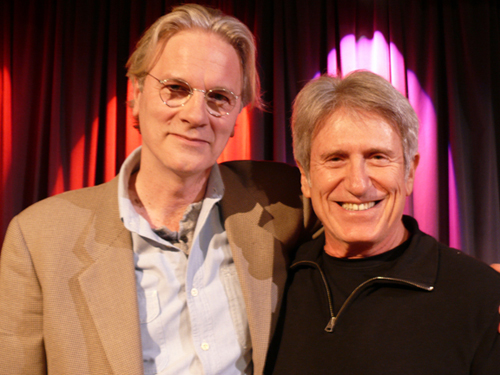 "I liked what he'd done," said Michael, "but it took years and no one was interested. We stayed in touch." Then six years ago, "I got approached to by several other people to do a documentary about Phil and thought I should call Ken," said Michael.

Bowser was still interested and in the interim his career had taken off in large part due to Lorne Michaels commissioning him to produce a number of Saturday Night Live retrospectives. "I became the Boswell of Saturday Night Live," he said. Which was more lucrative than the PBS documentaries he'd been producing. "I made enough money to shoot the interviews and move ahead," he said.

After banking most of the interviews and tracking down a lot of the archive footage and stills Ken and Michael were still looking at huge costs for rights clearances.

One clip, "where Phil is playing Jim Dean of Indiana on the David Frost show cost $55,000 for less than two minutes of footage," explained Bowser.

What John Lennon once said, "Life is what happens to you while you're busy making other plans," applied to this project.

Michael, after managing his brother's career and serving as a music publicist, had built a successful still photo archive business that focused on popular music icons. Looking at the music business he decided it was time to sell but the buyer he thought would snap it up threw him a curveball.

Music impresario, Michael Cohl, currently producing the Broadway rendition of Spiderman with Bono, is the former chairman of Live Nation, who'd managed tours for over 150 artists including the Rolling Stones and Michael Jackson. He listened to Michael's sales pitch but took a pass. A few weeks after the meeting he asked Michael what else he had in the hopper. Ochs mentioned the film about his brother and Cohl's ears perked up.

"He said when he was starting out he ran a small folk club in Philadelphia and Phil played for him," said Michael. "He liked his music and Phil as a person. He wanted to back the film."

This meant, "we could make the film without any compromises," said Michael "He (Cohl) has a thing for superheroes -- Spiderman and Phil Ochs."

The result is a film that "shows that change is possible," said Michael.

We see Phil's journey from a budding journalist at Ohio State University to folk singer after a fellow student turns him on to Peter Seeger and the Weavers. His ability to write fast and his interest in politics combined with his sense that "music could affect change," said Michael. His passion and his lyrical gifts thrust him into the center of the issues of the day -- including the anti-war movement.

His song, "I Ain't Marching Anymore" became the anthem of the protest movement. 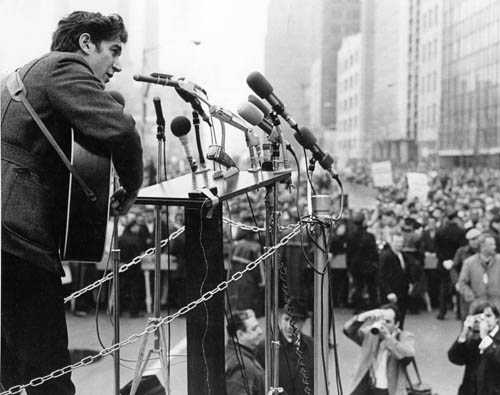 In 1967, he was at the United Nations warming up the crowd with Pete Seeger and Peter Paul and Mary as over 100,000 anti-war marchers made their way from Central Park to the UN to hear Martin Luther King give the speech in which he said, "I oppose the war in Vietnam because I love America."

The film makes it clear that Phil loved America too and he provided more than just the entertainment. We see how he worked with Abbie Hoffman, Jerry Rubin and Paul Krassner to found the Youth International Party (Yippie) as they organized the protest at the 1968 Democratic National Convention in Chicago. He sang while the police sprayed the crowds with tear gas and swung their clubs, beating the protesters bloody while they were hauled away.

The cumulative effect of the assassinations of John Kennedy, Bobby Kennedy, and Martin Luther King and the election of Nixon as the war ground on and seeing the peace movement splintered by the bombings of the Weather Underground took its toll on Phil. 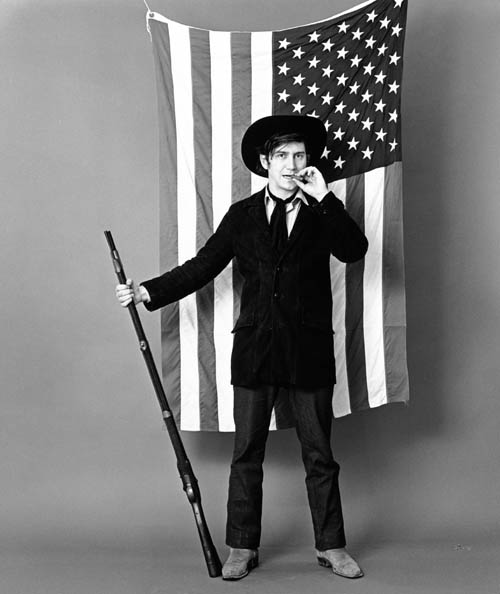 "They raise your hopes and then they smite them," said Michael. "It was a depressing time."

In the film we discover the death of his friend Victor Jara, the Chilean protest singer, who was brutally murdered by soldiers after he defiantly sang "Venceremos" (We Will Win) to a football stadium packed with 5,000 people they'd rounded up after the coup that toppled the government of President Allende accelerates the downward slide deeper into depression that marked Phil's end.

As the protest era waned his career had taken a different direction. "He started to write more poetry and more elliptical lyrics that were less topical," said Michael.

One album from this era, for his new label A&M, Pleasures of the Harbor was inspired by John Ford's adaptation of four Eugene O'Neill plays for a movie Long Voyage Home, starring John Wayne.

"In the film the sailor (Wayne) taking respite from the dangers of the sea finds refuge in a harbor before the next voyage. But you know they're going out to sea again," said Michael.

Unfortunately, his brother Phil became increasingly despondent about the state of the world as his manic depression spiraled out of control and went untreated. 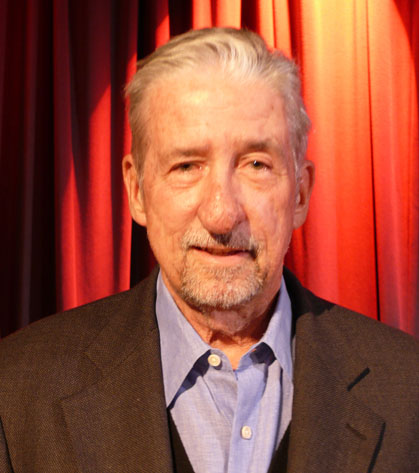 Things might have turned out differently "if only more people had been educated about and aware of the problems of mental illness," said longtime friend Tom Hayden who shared his sense of loss after a special screening of the film at the Grammy Museum. Hayden said the "stigma" attached to the disease and a lack of understanding kept him and others from giving Phil the help he needed. "I wish I had intervened," he said, "but I didn't even know the word intervention at the time."

Phil committed suicide before he could set sail again. He left it to others to keep fighting.

"The Wisconsin protest is a start," said Michael. "Would Phil Ochs be playing in Wisconsin? For sure."

Released by First Run Features, Phil Ochs: There But for Fortune opens Friday, March 4 in four Laemmle Theaters in Los Angeles and is booked in over seventy screens across the country.

To find out more information about the film and a theater near you: First Run Features 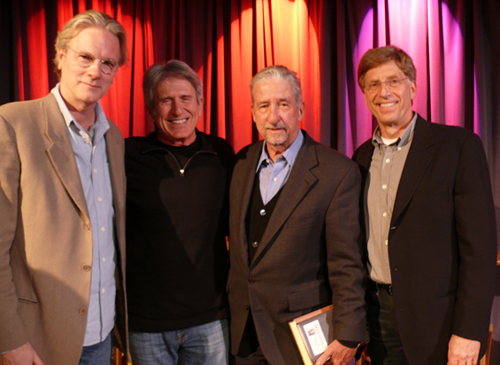