As some Christians step up to defend Phil Robertson's stance on homosexuality, one person went even farther, comparing the "Duck Dynasty" patriarch's comments to those of Pope Francis.

Another panelist, LZ Granderson, refuted him immediately, pointing out, "There’s nothing really remarkable about slandering people and then coming around and saying, ‘Love everybody.’ People have been doing that time and time again: ‘Love the sinner but hate the sin.’ That’s nothing remarkable.”

For comparison, here are some of Pope Francis' remarks about gay people and Robertson's quotes. 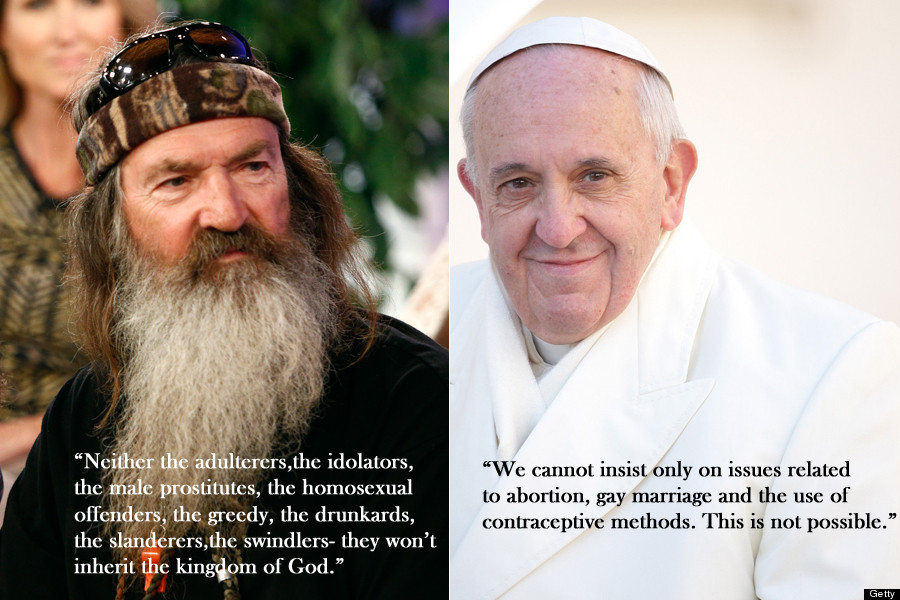 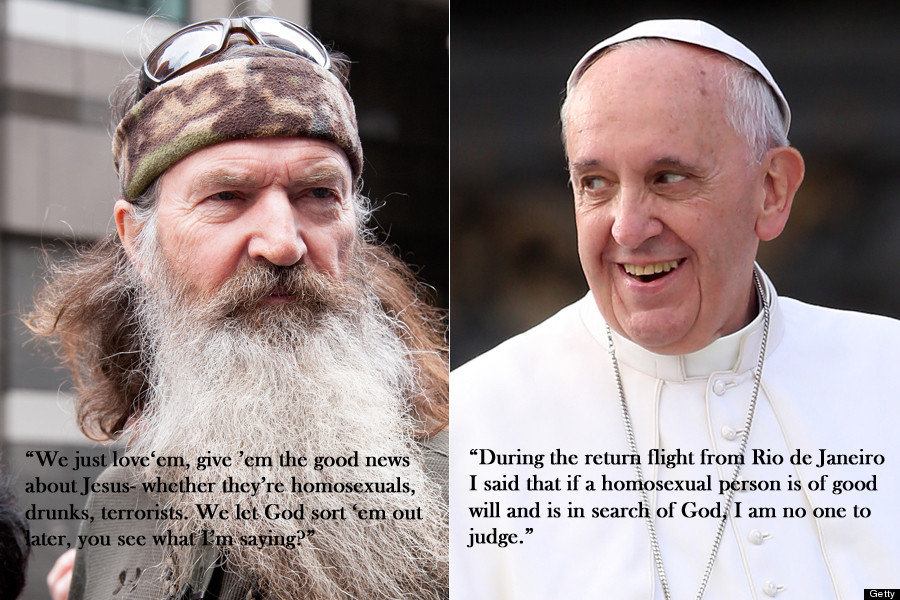