So when people in Philadelphia learned earlier this year that the locally based National Constitutional Center would be awarding its Liberty Medal to the Buddhist leader this month, they decided to do something to honor and embrace the Dalai Lama's commitment to kindness as well. Local Buddhists talked with the Dalai Lama's representatives, according to Philly.com, and came up with the idea for a Day of Kindness.

Then they learned that Pope Francis' visit to the city would occur exactly a month before the Dalai Lama received his medal and thought, Why not a whole month of kindness?

The Dalai Lama and Pope Francis are both "iconic figures who stand for love and kindness," said event organizer Elazar Aslan.

For the past month, Aslan and a team of volunteers have worked with schools, companies and religious organizations around the city to inspire people to do acts of kindness large and small. The Day of Kindness website lists organizations in need of funding or volunteers, with information for those who want to pitch in. There's also a section where people share their personal stories of kindness in hopes of inspiring others.

Their efforts will culminate Tuesday with the official Day of Kindness. Although the Dalai Lama ultimately couldn't come to Philadelphia for health reasons, the mayor of the City of Brotherly Love is scheduled to speak.

"We believe very strongly that kindness is a deep longing that we have as humanity," said Aslan, a board member at the Tibetan Buddhist Center of Philadelphia. "We all would like to experience more of it and give more of it if we had the courage and were given the support."

The first goal of the Day of Kindness was to encourage acts of kindness by individuals, civic groups and companies. Aslan said the organizers "identified organizations that have specific needs and are looking to match up corporate sponsors as well as individuals to fulfill those needs." He pointed to Staples and Home Depot as two companies that stepped up to the plate.

The second aim was to encourage people to share their wishes for kindness -- in the form of flags on display in the City Hall courtyard throughout the month.

"These flags are wishes from the people. Similar to Tibetan prayer flags, the hope is to let wind carry the intention of the prayer," Aslan said.

Oct. 27, the culminating Day of Kindness, is also the day that Philadelphia celebrates its founding by William Penn in 1682. Aslan said he hopes the Day of Kindness will likewise become a tradition.

"It's nothing more than the power of a seed," he said. "We started off with what was going to be a simple gift to the Dalai Lama, and it became something the city embraced. Now it's a whole program that includes corporations and schools, and our hope is to keep going so this can become an annual event."

See a sampling of the flags and the City Hall display: 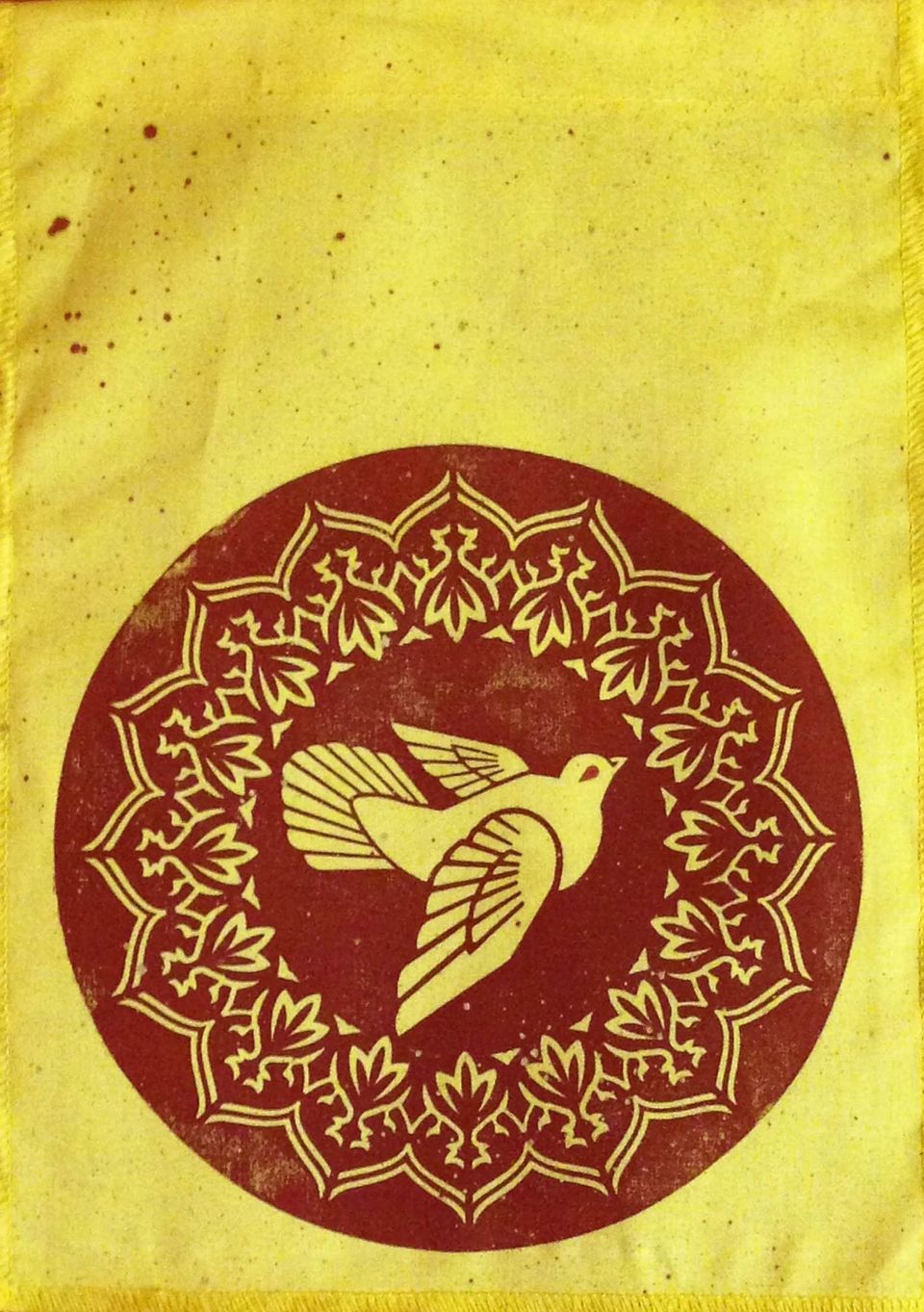