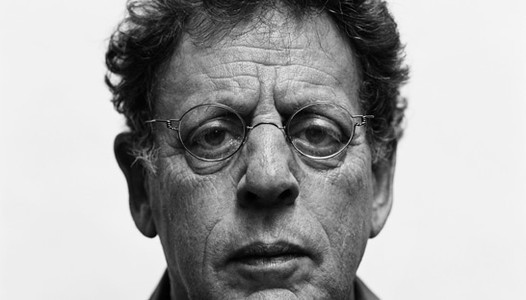 He's been our go-to "ascendant modernist" for so long that it's easy to forget that Philip Glass ages just like the rest of us, and thus it may come as a shock to learn that he celebrates his eightieth birthday on January 31. As if to strain credulity even further, Glass will mark the occasion with a concert at Carnegie Hall featuring two premières--the world première of his Symphony No. 11 and the New York première of Ifé: Three Yorùbá Songs, his collaboration with the great Beninese singer-songwriter and activist Angélique Kidjo--along with Days and Nights in Rocinha, his luscious tribute to Rio de Janeiro and its samba school, all of it dished up by his longtime collaborators Dennis Russell Davies and the Bruckner Orchester Linz. Glass may not be quite as prolific as Haydn, but give him time--as of this writing, he's still only seventy-nine.

The concert anchors a year of notable performances and events encompassing every facet of Glass's career--opera, chamber music, orchestral music, dance, theatre works--including a three-day festival at London's Barbican, a ten-day celebration at Carolina Performing Arts, and "Philip @ 80," a year-long series of programs at National Sawdust, beginning on February 24 with Maki Namekawa's performance of the complete Piano Etudes. It also marks the beginning of the venerable Bruckner Orchester's first American tour since 2009, following the opening of their spectacular new music theatre.

The new symphony, Glass told us in an interview to be published shortly, celebrates "a relationship that any composer would envy," with an orchestra that's heard or done all his symphonies, and that he has come to know intimately. There's no program or story, he says, but the piece is couched in a "late-period style" related to his "more political" operas Appomatox and The Trial. It's more contrapuntal than his other symphonies and enriched by the full capabilities of the modern orchestra, including the contrabass clarinet and Linz's eight percussionists. The Linz players, Glass says, welcomed an extra session where Glass tried "things I'd done with my own ensemble that I hadn't done with an orchestra," and the result was fed into the symphony. "How great is that?" he asks.

Ifé, based on three Yorùbá songs about the creation of the world (click here for an excerpt), is the fruit of a close and happy collaboration between Glass and Grammy-winner Angélique Kidjo--a relationship that, for Glass, "built a bridge that no one has walked on before." For Kidjo, Glass's music is "hypnotic and creates a kind of trance, like our traditional music. Also it feels like a living organism that is developing over time. A wonderful feeling: You're witnessing life being created." "She's a wonderful performer," Glass replies, "and I'm really pleased that we'll get to do it at Carnegie Hall." Ifé, in turn, is closely related to Days and Nights in Rocinha: Yorùbá culture had a huge impact on Brazil, Glass notes, so the two pieces, in many ways, come from the same place.

Should be quite a party.

Orchestra of St. Luke's Returns to its Roots