It was before dawn at the birth center in coastal Leyte when the storm began. Three women were in labor where midwife Gina practices along with her daughter-in-law and her niece. As Typhoon Haiyan came closer, they could hear the wind howling. The three expectant mothers and the two younger midwives became increasingly frightened. Gina put on her bravest face, knowing that there was nothing to do but the work of receiving babies into the world. The electricity was down, the lights were out, and all roads were blocked by the accumulation of flying debris. Babies come when they must, and Gina was committed to keeping everyone calm and ensuring that her clients delivered safely. Before her work was done, the corrugated tin clinic roof had blown away, the rain had poured in, and Gina found herself attending deliveries knee-deep in storm water. It was more than a miracle that everyone in the clinic survived.

As a midwife (Robin Lim) and doctor (Laura Stachel) team promoting safe and caring motherhood in the wake of a typhoon, we were in the Philippines to support the midwives who spend their lives supporting others. In Cebu and Tacloban, we met with dozens of birth-keepers, giving them a rare opportunity to share stories that they have held in silence. 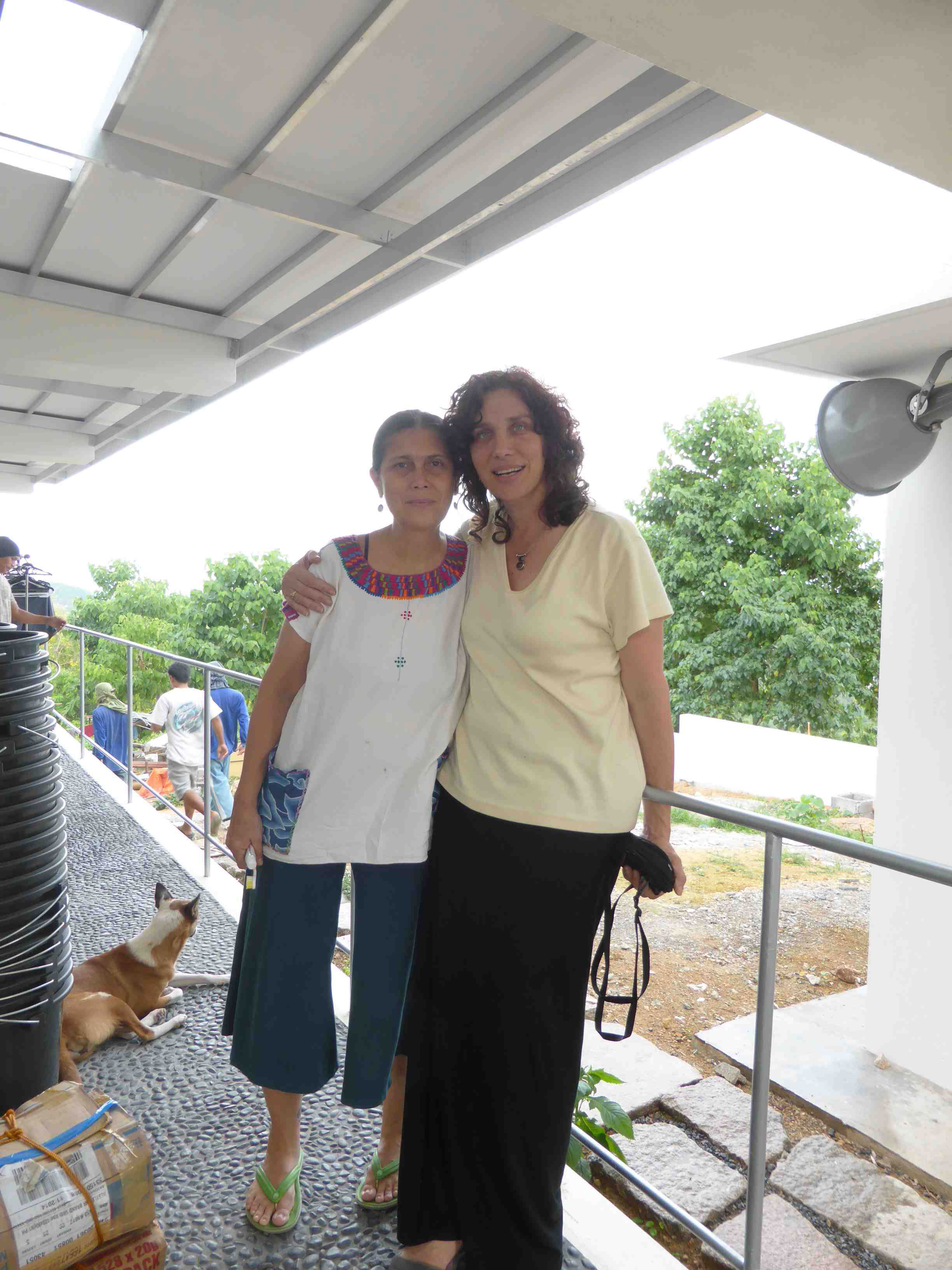 "How many of you have had to catch babies in darkness?" we asked a group of 80 midwives meeting in Cebu. Most of the hands in the room rise. "We're here to listen.. and to tell the world your stories." These heroes of the night line up to share their tales. They tell stories of deadly storms, of deep loss, of darkness and of finding inner courage. One thing was universal -- their commitment to mothers and babies. Although Typhoon Haiyan threatened their own lives, none of them chose to leave their patients' sides.

In Kananga, midwives working in a community hospital moved patients out of the labor room when 300-kilometer-per-hour winds tore away part of the roof. As water poured in, they found temporary shelter in another ward -- until the roofing was damaged there as well. Midwives and expectant mothers moved another four times in the hospital before finding a tiny room that was protected. Some of them crawled into storage closets to find safety.

In Palo, when storm water surged into a small birthing center, midwife Joy found safety for a mother and newborn in the rafters above the delivery room. "As the water filled the room, we all climbed up above the ceiling," she told us. They were joined by her husband and her toddler and held on tightly as portions of the roofing were ripped away by the storm. When we visited the clinic, we were stunned to see a tiny opening in the ceiling, at least 10 feet above the floor. It was inconceivable that a midwife, new mother and tiny baby managed to climb the clinic walls to reach this height. Yet they did, and they all survived. 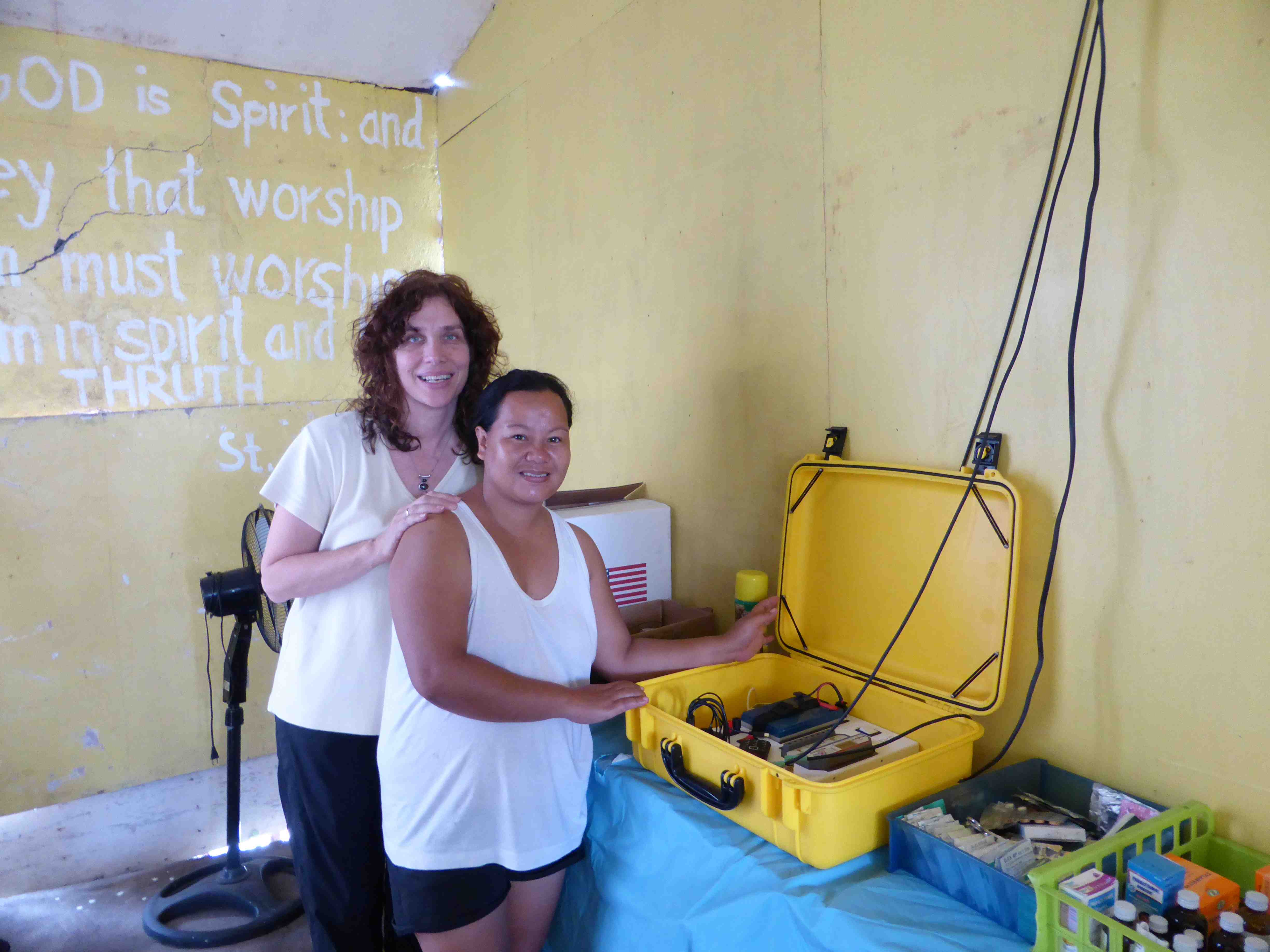 In addition to dramatic tales like these, the storm has left another legacy: The destruction of local infrastructure translates to an ongoing lack of electricity and nighttime lighting.

We asked our Philippine counterparts how they are coping with this new reality. "Without light, you can't expect what's going to happen. You just say all your prayers, hoping the mother and baby will be fine," said midwife Grace from San Fernando, where brown-outs were a common occurrence even before the super-storm. "It is difficult to conduct deliveries in a room without adequate illumination, and candlelight is less than adequate. I work by touch and memory a lot of the time and pray that there won't be any complications."

"The problem is I cannot see the mother's face in the dark," said Tacloban midwife Maria, as she spoke about post-Haiyan conditions in her facility. She delivers 20 or more babies each month in her tiny laying-in clinic. "I have a flashlight to help me see the birth, but it's impossible to see the mother's face when the light is directed towards the birth." She has no electricity and she has no generator. "I always watch a mother's face during deliveries, to see how she is doing and to communicate to her with my eyes.. Now I cannot do this."

On this trip, we drove through Tacloban, numbed by the endless miles of devastation before us. At a meeting of local midwives, we invited all in attendance to come together in a circle. We asked them to hold out their arms, and we honored the hands that bring life into the world. We then joined hands, thanking the midwives for their courage, and reminding them that they are not alone.. that they have support, both from the midwives around them and from mothers and birth-keepers around the world. On this trip, our offering is modest: solar lanterns for the midwives without any light -- and, as their clinics are repaired, the promise of Solar Suitcases to provide lighting, cell phone charging and fetal monitoring. 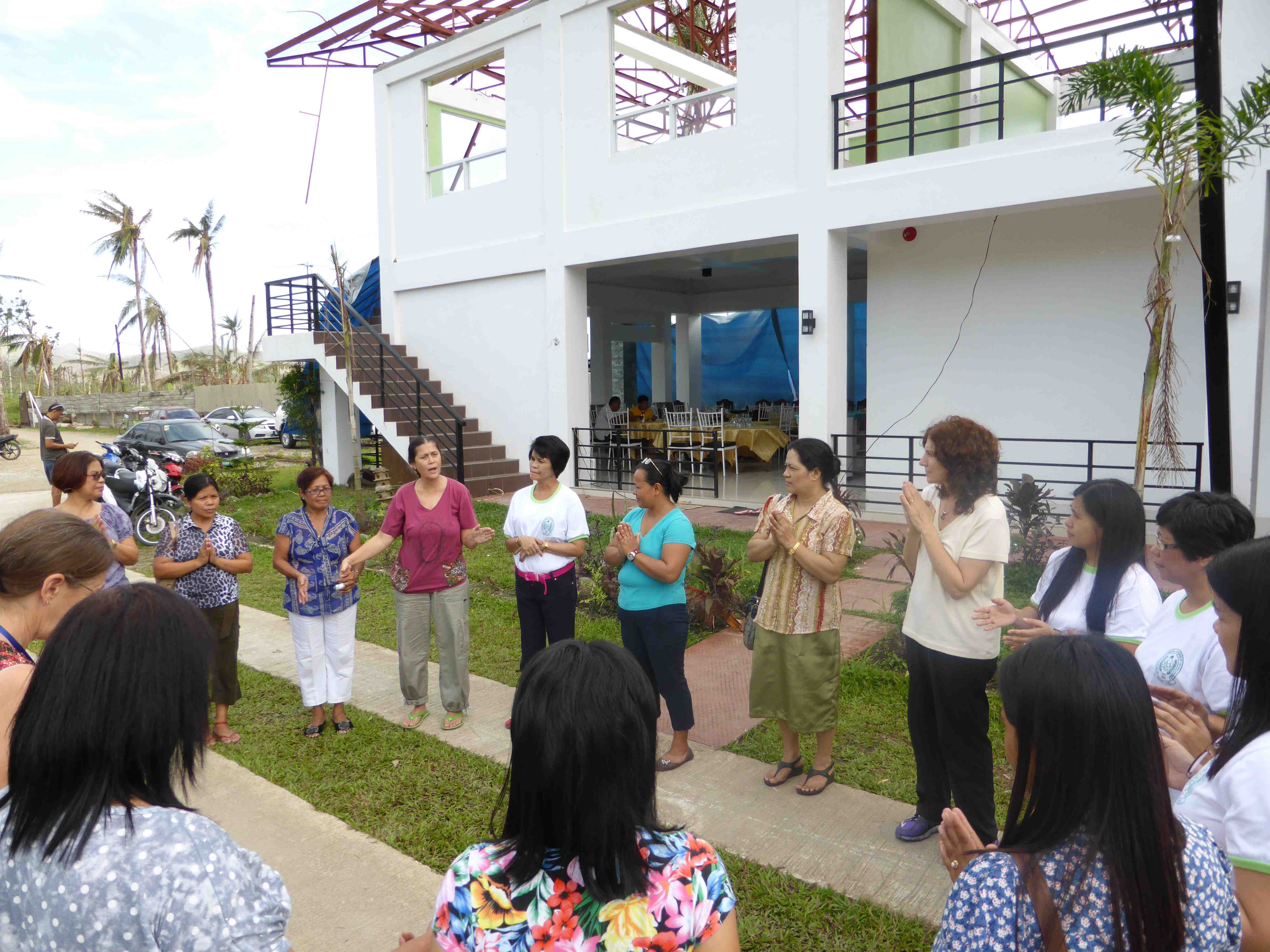 As we hold their hands, we share our love and appreciation for their dedication to saving the lives of mothers and babies. And wish we were doing more.

CNN Heroes Laura Stachel and Ibu Robin Lim both work to reduce maternal and newborn mortality. Laura heads We Care Solar, a nonprofit bringing solar lighting and power to maternal health centers around the world. Robin leads Bumi Sehat, an NGO promoting community midwifery and compassionate birthing in Indonesia and Bali. When Robin reached out to Laura after Typhoon Haiyan, a friendship quickly blossomed. They decided to team up to support Philippine midwives and birthing centers affected by the storm. Writes Robin, "When I read Laura's CNN Hero profile, I recalled many times when I myself had received babies in the dark. In Bali, in Aceh, in Padang and in Haiti, after disasters, there was no electricity. I began to campaign for her, to vote for her, and eventually was blessed to become her friend. When Midwives, Doctors, Doulas, Nurses and other BirthKeepers hold hands, miracles do happen."