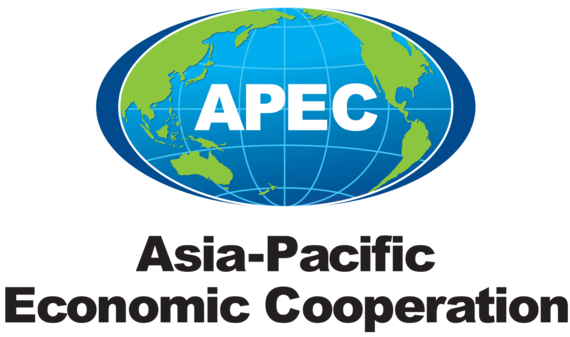 In the coming days, the Philippines will be in the global spotlight. It will play host to one of the world's most important gatherings, the APEC Economic Leaders' Meeting -- a prestigious hobnob comparable with the G20 and G7 summits.

Though the world's most powerful man, Vladimir Putin, and Indonesia's charismatic leader, Jokowi, have chosen to skip the event to focus on domestic political challenges, the leaders of the world' three biggest economies (America, China, and Japan), however, are poised to set foot in the Philippines. Dozens of Fortune 500 CEOs are also expected to attend the APEC meetings, raising the stakes for a country that is no longer seen as the 'Sick Man of Asia'.

By spreading the APEC events across the country's major cities and tourism hubs, the government has tried to fully showcase its best potentials to global investors, who have begun to take a closer look at what some (prematurely) view as Asia's "new rising tiger." The midsize Southeast Asian country will also have a crack at chairing discussions among global superpowers, which are expected to hold bilateral talks with Philippine President Benigno Aquino on the sidelines of the APEC summit.

Yet many ordinary Filipinos, and civil society groups and activists, are raising a legitimate question: What is there for us? Why should we spend so much, and indulge in such extravagance, just to host foreign dignitaries and businessmen? Why risk so much inconvenience for the ordinary Filipinos so that global elites can enjoy the best of our (legendary tradition of) hospitality?

These questions and lamentations are based on Filipino pragmatism and also conventional wisdom, which puts premium on tangible benefits and concrete outcomes. Yet, one can't but notice how countries (just as people) around the world are sometimes willing to go the distance to enhance their prestige and self-image. As far as national influence and attractiveness to foreign investors is concerned, image matters. And this is essentially what hosting major events like APEC is primarily about. The Philippines hopes to recast its image before the global community.

But the Aquino administration also hopes to leverage the occasion to expand the Philippines' trade and investment linkages across the Pacific Rim, while rallying international support amidst a festering maritime dispute in portions of the South China Sea, which it aptly calls the "West Philippine Sea". The APEC, however, is bound to be a contentious issue, especially in absence of tangible short-term benefits but very visible inconvenience for millions of people in the country.

The March of Misery

Having visited all major countries in East Asia, including almost all members of the Association of Southeast Asian Nations (ASEAN), I couldn't but notice how the Philippines' basic infrastructure lags far behind its regional peers and former competitors.

The country's bustling capital, Metro Manila, has the world's worst traffic congestion. Every day, millions of commuters end up wasting many precious hours struggling through an excruciatingly slow traffic, missing the chance to, among other things, spend more time with their loved ones. Arriving at work, most people are already exhausted from the morning traffic as well as that of the previous night. Notwithstanding Filipino's famed patience and kindness, the very fabric of human relations has been gradually undermined by daily traffic ordeal.

Manila's decrepit infrastructure, exacerbated by its badly managed public transportation industry, doesn't only affect overall economic productivity, but, more importantly, chips away at the citizens' quality of life. Meanwhile, high-level officials and businessmen have the luxury to retreat into their SUVs and take immediate respite in conveniently-located (but expensive) homes near their work place. Fixing the traffic crisis, according to one study, might cost $65 billion over the next 15 years.

And yet, the Aquino administration (astonishingly) chose Manila as the host for the APEC Economic Leaders Meeting, exacerbating the traffic mayhem in the capital city, which is responsible for more than a third of the country's total economic output. Aside from earmarking around PHP 10 billion for hosting foreign dignitaries, the government decided to close major thoroughfares in the city, practically asphyxiating an already troubled public transportation system.

Thousands of people had to walk for kilometers under scorching heat as buses and other forms of public transportation retreated in face of a traffic gridlock. Schools have been shut down practically for a week, while major business and establishments are expected to absorb P11 billion in foregone productivity -- potentially translating into a 1 percent reduction in quarterly Gross Domestic Product (GDP) growth, just as the country reels from a major exports earnings plunge to a four-year low.

No wonder then, more and more people have come to see APEC as nothing but as the latest installation of the government and global elites' insensitivity to the plight of ordinary people. As correctly suggested by former President Fidel Ramos, who oversaw the country's successful hosting of the 1996 edition of APEC, the government could have hosted the event in Subic or Clark, major logistics hub that could have accommodated thousands of delegates if proper preparations and investments were made years earlier.

One thing many ordinary citizens overlook, however, is that hosting APEC is rotationally assigned to each member country. The Philippines didn't bid for hosting the event. There was never an option to skip hosting it, unless the country wants to shut down its doors, exit the APEC, and become another hermit kingdom in East Asia.

What the Philippines could decide on was how and where it would host the APEC's key events. And when it is your turn to host it, you can't but be compared to how other member countries performed during their turn. To put things into perspective, last year China spent around $6 billion to ensure a smooth hosting of the APEC summit. It spent $95 million alone to overhaul the landscaping of the main venue for the APEC summit along Yanqi Lake.

Meanwhile, the Philippines (also a middle-income country like China) is allocating roughly $200 million in preparation for the entire series of APEC meetings, which have been spread across the country. While this still undoubtedly looks unjustifiably ostentatious to millions of desperately poor Filipino families, and a legion of government critics, the Aquino administration hopes to compensate by enhancing the Philippines' global image and recast the country as a new investment hub in Asia.

The APEC region is the backbone of the Philippine economy. As much as 80.7 percent of the Philippines' trade, 80.81 percent of its total tourist arrivals, and about half of its foreign development assistance funds come from the Asia-Pacific region. The APEC's main agenda is expected to focus on the necessity for deeper regional integration and macro-economic coordination against beggar-thy-neighbor policies (i.e., competitive currency devaluation). But much of the action will be on the sidelines.

In economic terms, the Aquino administration hopes that the event will allow the Philippines to expand trade interaction with APEC countries, including a new free trade agreement with Chile; consult with President Obama on joining the American-led Trans-Pacific Partnership (TPP) free trade agreement, which has concluded its first phase of negotiations; and finalize a major infrastructure deal with Prime Minister Shinzo Abe of Japan. There could also be discussions with Chinese President Xi Jinping on the Philippines' pending decision to join the Asian Infrastructure Investment Bank (AIIB), which will be a crucial element in redrawing the regional infrastructure landscape.

Geopolitically, the APEC also provides the Philippines to fortify its burgeoning security relations with major allies like the United States and Japan, while Vietnam is poised to sign a new strategic partnership agreement with the Philippines, with greater focus on maritime security cooperation in light of China's assertiveness in the South China Sea.

Aquino and his American counterpart, Barack Obama, are both expected to raise the South China Sea disputes on the sidelines of the APEC summit, placing China under increasing diplomatic pressure. Yet, the summit also provides unique opportunity for China and the Philippines to establish urgently-needed confidence-building measures to avoid accidental clashes and unwanted conflict in the South China Sea.

Many progressive groups are skeptical vis-à-vis the Philippines' further integration into the global markets, especially given the country's miserable record (especially in manufacturing and agriculture) since joining the World Trade Organization. Others have raised concerns on supposed growing American meddling/involvement in the Philippines' disputes with China.

Nevertheless, one can say that the APEC at least provides a distinct chance for the Philippines to stay, albeit momentarily, at the center of high-stakes discussions, which will define the future of the Asia-Pacific order. Sometimes, for leaders in smaller countries in search of their place in the world, this is all that matters.