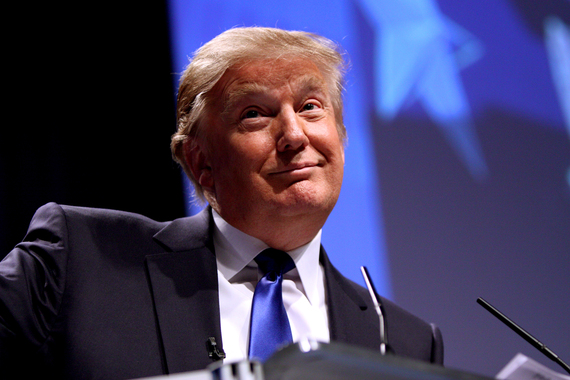 In his bestselling book, The Black Swan (2007), Nassim N. Taleb sought to demystify the highly unpredictable, extremely rare events that have massive impact, so much so that they reorder the world as we know it beyond the grasp of conventional wisdom. Our world is arguably more defined by events beyond our imagination, the unknown unknowns, than those we have sought to bring under our firm command.

Taleb's analysis proved extremely timely and apt for understanding the 2008 Great Recession, which defied complex mathematical models undergirding neo-classical economics. In How Capitalism Failed the Arab World (2014), I tried to explore the Arab uprisings -- a seismic event that was hardly predicted by legions of regional specialists -- as the defining geopolitical 'black swan' of our era. The rise of Daesh, better known as the ISIS, is in many ways the manifestation of post-revolutionary winter across a region, which is precariously caught between democratic aspirations of many, on one hand, and the nihilistic despair as well as autocratic grip of a few, on the other.

But something comparably seismic is taking place in established as well as infant democracies across the world. Few years ago, Council on Foreign Relations' Joshua Kurlantzick rightfully worried about a disturbing phenomenon: 'Democracy in Retreat' on a global scale. Today, even the United States' democratic credentials are in serious doubt. There has been an exponential increase in the number of people who have lost faith in existing institutions, even to the point of some welcoming a military dictatorship.

And this is precisely the context within which one should understand the rise of Donald Trump. Despite his despicable call for an outright ban on entry of Muslims to the country, capitalizing on growing Islamophobia across the West, Trump is surging ahead in polls -- gradually chipping away at the initial thought that his meteoric rise was nothing but a blip on the radar of American politics. As New Yorker's John Cassidy succinctly puts it: "Right now the question isn't whether Trump could win the Republican nomination; it's: What is it going to take to stop him?"

The Philippines -- a former American colony, political institutions of which were based on Jacksonian model of democracy -- is beginning to exhibit a moment of what I call 'democratic doubt'. Fed up with the sheer incompetence of post-Marcos administrations, a growing number among the Filipino electorate are willing to go the extra mile. Openly questioning the merits of democracy is no longer a taboo. And tough-talking by some candidates is beginning to capture popular imagination.

In his groundbreaking work, The End of History (1989), Francis Fukuyama emphasized the necessity of "distinguishing between what is essential and what is contingent or accidental in world history, and are predictably superficial." One could argue that something 'essential' (and disturbing) is taking place among democracies.

Throughout the past months, there have been at least three seemingly runaway winners among candidates for presidency in the Philippines. Earlier this year, Vice President Jejomar Binay, who has banked on his vast network of patronage and his (purportedly) stellar stint as mayor of Makati (a financial hub), very well looked like a man comfortably cruising towards the office of presidency.

As allegations of corruption piled up, however, he lost the lead to a relative newcomer, Senator Grace Poe, who has banked on the popularity of her late father (Fernando Poe) and her own squeaky-clean image. It didn't take long, however, for Poe to confront a barrage of disqualification cases regarding her citizenship status (whether she is a natural-born or naturalized Filipino) and residency requirements.

After narrowly escaping a disqualification (from political office) case at the Senate Electoral Tribunal (SET), where all three members of the judiciary voted against her, she faced disqualification in two divisions of the Commission on Elections (COMELEC) vis-à-vis her candidacy for presidency in 2016.

Strangely, the lone dissenter in the COMELEC's first division disqualification verdict, Commissioner Christian Lim, ended up expressing doubts over whether she fulfills the citizenship requirements for elected office. While Poe battled against what her supporters see as politically-motivated disqualification cases, with some legal experts even questioning the competency of COMELEC to make such decisions, a new seemingly runaway winner has gradually emerged.

Surveys by the country's two leading polling agencies, Pulse Asia and Social Weather Stations (SWS), show that Rodrigo Duterte, mayor of the southern city of Davao, is now the candidate to beat. According to Pulse Asia, the tough-talking mayor is the leading choice (34%) of residents of Metro Manila. As for the SWS, a privately-commissioned survey suggests that he is the leading choice (38%) of likely voters nationwide, astonishingly standing as the overwhelming choice (62%) of the top three richest (and most educated) classes in the country.

Duterte's meteoric rise is even more flabbergasting when one considers the ease by which he has dispensed with political correctness, ranging from his frequent use of foul language to his boasting of purportedly killing (suspected) criminals without any compunction. In an intimate interview with Maria Ressa of Rappler, he reportedly even pondered the imposition of a dictatorship.

For his legions of supporters, they see an authentic, uncompromising leader, who will piece together a broken country. His critics see nothing but a direct challenge to the democratic foundations of Philippine politics. How to make sense of such wild swings in electoral preference of likely voters? Why tough-talking (even when it shatters political taboo) seems to work so well, a case that also perfectly applies to American politics?

To begin with, some experts have raised doubts as to the reliability of the latest SWS survey. And we may see another wild swing in the surveys in the coming months. But one can't still deny the fact that Duterte is now considered as a highly competitive candidate, and that his message is finding growing traction among the electorate, especially those in the industrialized capital region.

Meanwhile, the incumbent president Benigno Aquino's anointed successor, Manuel "Mar" Roxas II, is still continuing to struggle in the polls. According to a survey, Aquino's endorsement is more of a liability, standing at -26 percent in Metro Manila. If he wants to stand any chance, Roxas will have to make sure that his candidacy is not only seen as a 'referendum' on the incumbent. And this means he will have to put some fresh and inspiring ideas on the table.

One way to understand this phenomenon is to appreciate the sheer depth of popular frustration with the existing system. Behavioral economics shows that individuals' preferences are "reference-dependent", and such references can change overtime. In his first few years in office, Aquino was welcomed by majority of the population as a breath of fresh air after a 'lost decade' under the previous administration. The economy stabilized, anti-corruption initiatives were activated (albeit partially) and the global community took notice of the country.

Overtime, however, rising expectations have given birth to an explosion in discontent over a range of issues. In his classic work Political Development and Political Theory (1965), Samuel Huntington correctly warned about the vulnerability of rapidly changing societies to political breakdown, especially when institutions of governance fail to catch up with accelerated social mobilization and economic growth. In many ways, the Philippines is suffering from a similar syndrome.

In places like Metro Manila, the residents are suffering from arguably the world's worst traffic jam on earth. The traffic conundrum is threatening to chip away at the collective sanity of residents, who see the problem as a manifestation of governance failure. More than good governance (Daan Matuwid), people are beginning to seek effective governance. And they are willing to vote for anyone who promises (no matter how credible or not) a solution to the governance deficit in the country. What they see now is "Daan Ma-traffic" and how authorities have failed to fulfill their basic duties as public managers.

The challenge for democrats today, whether in Metro Manila or Washington D.C., is to end dysfunctional forms of decision-making that are giving a bad name to democracy -- the greatest gift of modernity. More than political freedom, people also demand effective governance. Let's just hope the product is a more mature and robust democracy, rather than a return to the dark ages.