MANILA, Philippines -- On July 12th, 2016, the Permanent Court of Arbitration in The Hague will announce the ruling of the special five-member arbitral tribunal on the case filed by the Philippines against China over maritime disputes in the South China Sea.

Ahead of the announcement, Hong Lei, the Chinese foreign ministry spokesman, released an official statement reiterating Beijing's rejection of any ruling of the special tribunal. Lei stressed:

However, Lei also underscored that "China does not accept any means of third party dispute settlement or any solution imposed on China."

Cognizant of China's firm stance on the issue, Perfecto R. Yasay, Jr., the newly appointed secretary of foreign affairs by the newly installed administration of Philippines President Rodrigo Duterte, expressed the Philippine government's caution not to make provocative reactions on the ruling, arguing for the new Philippine administration to rely on China's goodwill. In a press conference in Manila, Yasay underscored:

There is always a possibility that China might take more aggressive action insofar as its reaction to the decision of the arbitral tribunal, especially as it would be in favor with the Philippines. While we say this as a matter of possibility, there is also the equal possibility that China will not because it has assured us of its relationship of goodwill with us.

Even President Duterte, in his first cabinet meeting, urged new Philippine officials not to "taunt or flaunt'' the ruling contending that, "I really do not want to declare any fighting with anybody. If we can have peace by just talking, I would really be very happy."

For the Duterte administration, the arbitration ruling should not be a hindrance to repair damaged political ties with China.

Apparent from the various statements of the new Philippine government is its serious intention to talk to China in order to peacefully manage the South China Sea Disputes even after the arbitration ruling. While the ruling may give the Philippines the moral and legal victory on the arbitration, the Duterte administration believes only in improving bilateral ties with China can the Philippines enjoy political victory.

In fact, Philippine Foreign Affairs Secretary Yasay even urged China to avoid violence after the arbitration ruling and to refrain from harming Filipino fishermen who have resumed their livelihood in the Scarborough Shoal. Yasay pointed out, "What if, in the phase of these circumstances, China will dig in and put us in a test? They will disallow again our fishermen from fishing in our Scarborough Shoal. I think, if this should happen, there is no point for us." Thus, the Duterte government finds it more prudent to improve ties with China after the arbitration ruling.

However, the Duterte administration is facing strong pressure from other major powers to act strongly on the arbitration ruling. Yasay disclosed, "Those who are concerned about ensuring freedom of navigation and maritime security in the place, they seem to project the impression that if the decision will come out and it would be in our favor, they would like for us to make stronger statements." 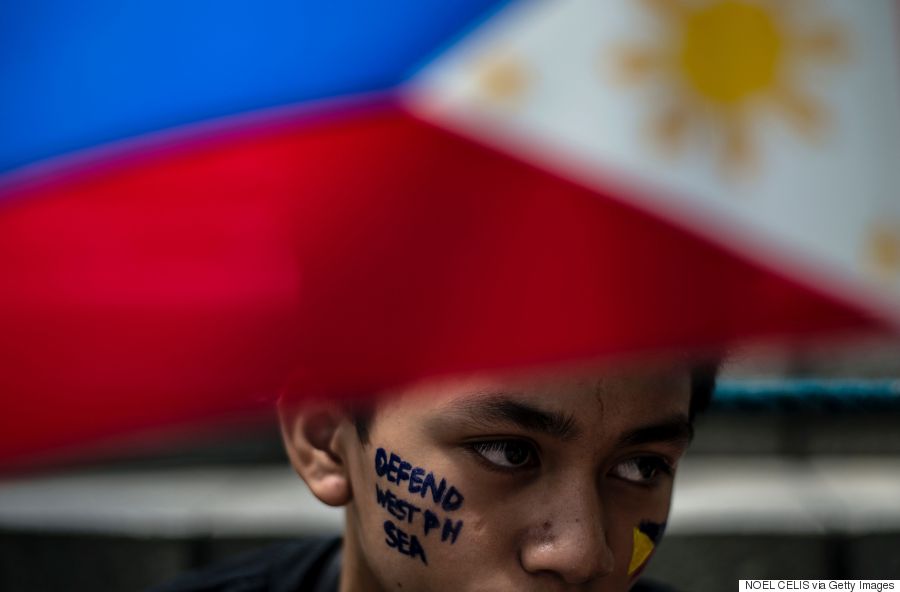 Activists hold a protest in front of the Chinese Consular Office in Manila on June 10, 2016. (NOEL CELIS/AFP/Getty Images)

Thus, it is essential for China not to overreact on the arbitration ruling and to provide the Philippines a conducive environment to improve Philippines-China relations under the Duterte administration. If China overreacts by changing further the current situation in the South China Sea at the expense of Philippine security, the Duterte administration will face no choice but to succumb to the pressures of other major powers.

But if China reacts calmly on the arbitration ruling and assures the Philippines of its goodwill, the Duterte administration will continue to resist pressures from other major powers in order to build a new era for Philippines-China relations. Duterte is willing to talk to China, and China must read his lips. 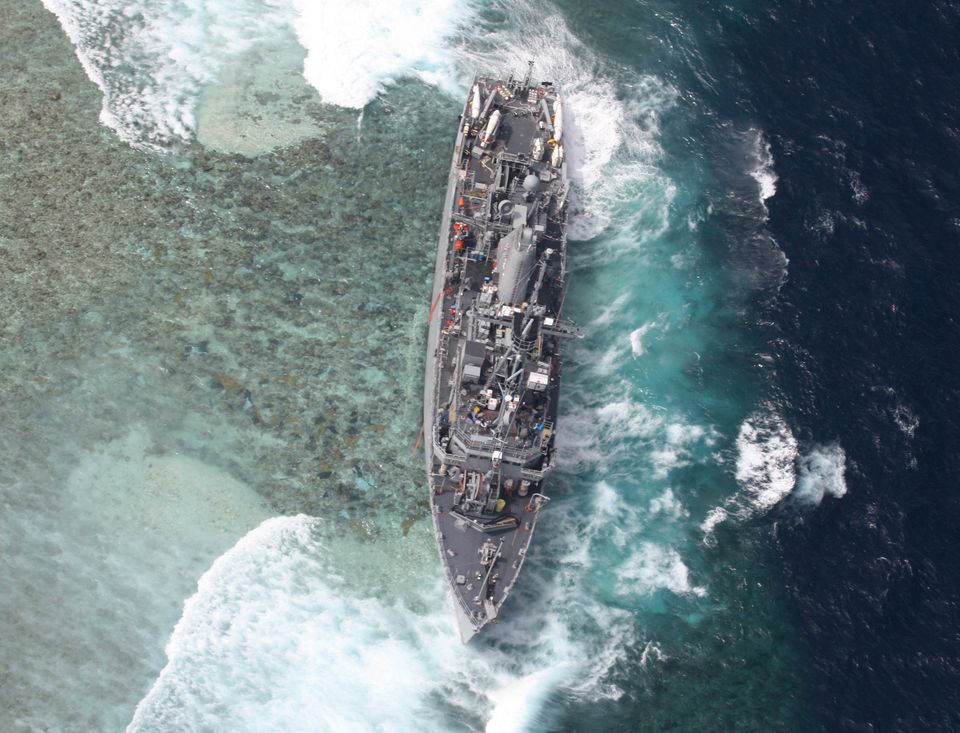 1 / 9
In this photo taken Saturday, Jan. 19, 2013 and released by the Armed Forces of the Philippines Western Command (WESCOM), Monday, Jan 21, 2013, the USS Guardian lies in a different position after being battered by huge waves after running aground Thursday off Tubbataha Reef, a World Heritage Site in the Sulu Sea, 640 kilometers (400 miles) southwest of Manila, Philippines. (AP Photo/Armed Forces of the Philippines Western Command)
AP