MANILA, Philippines -- Rodrigo Duterte will become the 16th president of the Philippine Republic, based on the results of the national election held on May 9.

For more than 20 years, Duterte served as an effective mayor of Davao City, previously known as the hotbed of a communist insurgency and the epicenter of criminality in Mindanao, particularly for crimes like kidnapping and the drug trade. Today, Davao City is one of the safest cities in the Philippines with a growing local economy. In fact, Davao City is currently the richest city in the Philippines outside of the metro Manila area.

As a local manager, Duterte received an excellent reputation as a champion mayor. He pursued many innovations in local governance that made Davao City the commercial and trading hub of Mindanao, a very rich island in terms of labor and natural resources, particularly minerals like gold, iron ore, manganese and even uranium. 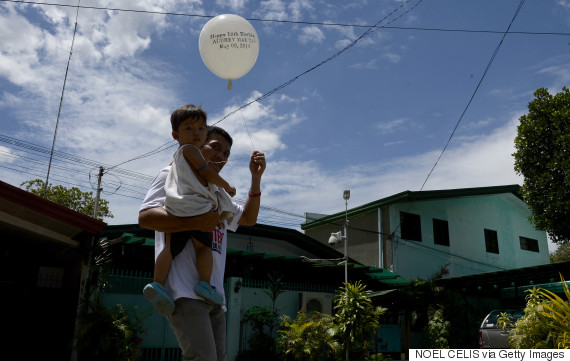 A man walks past Duterte's house in Davao City on May 10. (NOEL CELIS/AFP/Getty Images)

Duterte takes the helm of the government as the first Philippine president coming from Mindanao. Though he was born in Southern Leyte of the Visayan island, he spent most of his childhood and political life in Davao City. As a local chief executive, Duterte had much exemplary practice in local governance.

As an incoming president, Duterte's major foreign policy challenge is arguably the enhancement of Philippine defense relations with the United States and the improvement of the country's political ties with China.

Duterte had an excellent reputation as mayor of Davao City. But can he perform in foreign policy?

Duterte needs to allay the fear in Washington that his presidency will lead to a cooling of Philippine-American relations, considering his nasty remarks against the U.S. during the presidential campaigns. Having been associated with personalities in the Philippine communist movement, Duterte displayed a critical and lukewarm attitude towards the U.S.

Because of the Philippine Supreme Court's decision declaring the constitutionality of the Enhanced Defense Cooperation Agreement, Duterte is committed to implement it. But he asserts that he would closely monitor how the agreement should be implemented in accordance with Philippine national interests.

Apparently, the Duterte presidency is departing from the excessive pro-Americanism of his predecessor, President Benigno Aquino. This departure is now causing uneasiness in the U.S. State Department and the Pentagon. The changing of the guard in the U.S. provides another source of uncertainties in the current trends and future direction of Philippine-American relations. 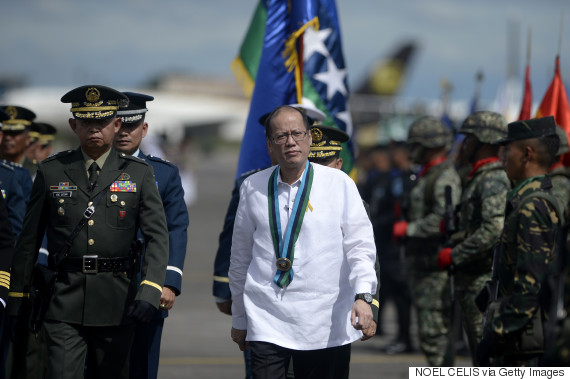 Aquino inspects troops at an air force base south of Manila on Dec. 21, 2015. (NOEL CELIS/AFP/Getty Images)

While Duterte seriously values the Philippines' long-standing security alliance with the U.S., he seems to be more enthusiastic in repairing the Philippines' damaged political ties with China. In his many public statements during the campaign and in the aftermath of the recently concluded elections, Duterte vowed to resume bilateral talks with China even if he reiterates his strong position to defend Philippine territories in the Spratlys at all cost.

But Duterte prefers the exploration of many peaceful options to address the South China Sea disputes. To peacefully manage Philippine disputes with China in the South China Sea, Duterte openly declares his preference to promote joint development. Though Duterte still needs to clarify the details, he seems to be following the Deng Xiaoping's formula of shelving territorial disputes for purposes of joint cooperation.

When asked by reporters again on the South China Sea disputes with China after the elections, Duterte said, "I would say to China: Do not claim anything here and I will not insist also that it is ours." Again, this is a drastic departure from his predecessor who enunciated a hard line South China Sea policy: "What is ours is ours."

'I would say to China: Do not claim anything here and I will not insist also that it is ours.'

After a previous foreign policy focused on balance, the incoming Duterte presidency seems to be leaning more towards a foreign policy of hedging bets -- by accommodating China. Though the Permanent Court of Arbitration in the Hague will soon announce its decision on the Philippine case against China, Duterte seems to be more interested in pursuing the policy of accommodation with China than forcing the issue of international arbitration, which Duterte himself respects.

Duterte's presidency must stick to the foreign policy of hedging by continuously enhancing its defense alliance with the U.S. while resolutely improving its political ties with China. In this case, the Philippine can pragmatically advance its national interests by getting the best of both worlds.

Indeed, the Philippines needs to improve its ties with its close neighbor, China. But it still needs the warm embrace of its distant relative, the United States.