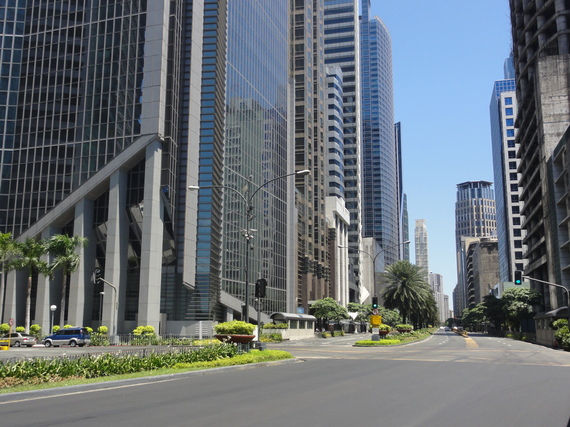 As Benigno "NoyNoy" Aquino entered his final year in office, the question of how to assess his legacy has gained greater salience. Both his opponents and supporters have powerful arguments to present.

Among sympathizers, Aquino has been hailed for, among other things, injecting good governance discourse into the national conversation and state policies (what I call "Moralpolitik"), employing the right macro-prudential policies that have decisively ended the Philippines' age-old reputation as the "sick man of Asia," inspiring a new generation of reformers that have rekindled hope in the country's state institutions, pursuing a genuine and lasting peace process in Mindanao (see my analysis for the Norwegian Peacebuilding Resource Centre) and ramping up the Southeast Asian country's defensive capabilities and diplomatic offensive against a revanchist China (see my analysis for the Center for Strategic and International Studies).

Among critics, Aquino has been accused of, among other things, exercising double-standard in his anti-corruption initiatives (mainly focusing on opposition leaders), failing to create the macro-economic conditions for inclusive growth (simply continuing the fiscal and monetary reforms of the previous administration, but falling short on resuscitating the manufacturing sector and implementing land reform) and mishandling security challenges in the south (i.e., Mamasapano tragedy) and in the west (i.e., South China Sea and China).

Looking at the overall balance sheet, I have characterized Aquino as more of a (constructive) transitional rather than a transformational leader. One could, of course, argue that a single six-year term in office was never enough for a genuine reformer; there is also the argument that Aquino may have focused too much on "Moralpolitik" at the expense of having a more effective response to a whole host of challenges, from the country's decrepit infrastructure, which is yet to undergo a major overhaul, to its neglected outposts in the South China Sea. Not to mention, the Philippines is yet to convict a single high-profile figure that has been accused of corruption, so even the good governance (Daan Matuwid) mantra is yet to be consummated.

The challenge now is to translate Aquino's agency-driven reforms into institutionalized transformation of the Philippines' political system. And this is why it is crucial for the Philippines to finally adopt a robust legislation (a) against political dynasties, which have made a parody out of the country's democratic institutions, and (b) implement the recently-passed pro-competition legislation to overhaul an oligopolistic economic system, which has concentrated growth rather than spread the benefits of the recent economic uptick.

French sociologist Alexis de Tocqueville once observed that the demise of the aristocracy is the preface to democracy. Ironically, the Philippines' democratization has gone hand in hand with the empowerment of the oligarchic class. Political dynasties and oligopolies are the two side of the Philippines' democratic deficit and underdevelopment. Otherwise, it is more than likely that the Philippines will revert back to its business-as-usual mode of (dysfunctional) governance, undermining a nation's hope in democracy and reform, not to mention scores of foreign governments and investors that have finally begun to see the Southeast Asian country as a unique bright spot in an uncertain region.

In a recent panel discussion on "Bottomline," the Philippines' cutting-edge current affairs talk, I stumbled upon the issue of autocratic nostalgia. The topic at hand was the Philippines' upcoming presidential elections and the mettle of the likely candidates. At some point, Boy Abunda -- the highly astute host, who somehow is the Philippines' version of Fareed Zakaria, Anderson Cooper and Larry King put together -- raised a crucial issue: What do you think about people -- and there are many of them -- who say that perhaps the "Filipino culture" demands a so-called "authoritarian democracy"?

It is a question that I have been wrestling with for years. Not only in the Philippines, but also across a number of whimpering electoral democracies such as Indonesia and India, there is still a vibrant discourse on whether Western-style democracy is well-suited for non-Western societies. Not long ago, there was a whole cottage industry around the notion of "Asian values," propagated by autocratic leaders in Southeast Asia, which supposedly pertains to Asian societies' preference for communitarian interests and order above individual freedom and civil liberties.

My response to Abunda's pertinent question rests on two arguments. First of all, to begin with: There is no such thing as "authoritarian democracy" (a Marcosian term), which is an oxymoron and just another euphemistic version of the concept of "Asian values." Either you have a democracy or an authoritarian regime. So long as one party and/or political individual blocks competitive, fair, and popular elections of top political leaders on a regular basis then there is no democracy to speak of. (The Marcos regime clearly didn't meet the minimum procedural standard for democracy.)

Of course, there are effective authoritarian regimes such as Singapore, where the legitimacy of the ruling party is based more on efficient delivery of public services rather than oppression of the citizens. And there are effective democracies such as Germany and Scandinavian countries, which provide affordable welfare, world-class public services as well as political freedom and civil liberties.

My second argument is with relation to dysfunctional democracies, which manage to hold democratic elections, but fall short of providing basic services and a modicum of dignity for the majority of the citizens. Throughout recent decades, the Philippines has exhibited the characteristics of a dysfunctional democracy, mainly thanks to its oligarchic political and economic system. The answer, however, isn't a reversion to autocratic rule.

For every successful (some would say benign) autocratic leader such as the late Lee Kuan Yew, there are a dozen Mugabe and Ghadaffi. In Democracy and Development (2000), Adam Przeworski et al. show how on average autocratic regimes have been more vulnerable to famine, civil war and economic collapse than their democratic counterparts, simply because democracies provide better checks and balances. As Francis Fukuyama cogently puts it, autocratic regimes haven't figured out the "bad emperor" problem.

The Philippines' problem, therefore, isn't "too much democracy," as Lee Kuan Yew supposedly claimed during a visit to Manila. It is actually the exact opposite: The Philippines should deepen and improve its fragile democracy, which has been undermined by lack of genuine political competition (thanks to political dynasties) and economic competition (thanks to oligopolies).

When it comes to effectiveness, the type of political regime doesn't seem to be the critical issue. As Fukuyama -- building on the works of Max Weber and Samuel Huntington -- ably shows in his book Political Order and Political Decay (2014), the establishment of coherent, adaptable, autonomous and capable bureaucracy is essential to economic prosperity and political stability.

The success of autocratic Singapore and democratic Sweden is correlated to, if not entirely dependent on, their effective bureaucratic apparatus. "Strong" states are not defined by their level of oppression and tyranny, but instead their ability to effectively collect taxes (i.e. tax effort), implement exiting rules and regulations, uphold rule of law and provide basic public services.

Obviously, the Philippines never had a "strong" state, whether during Marcos' rule or not, but instead oscillated between repressive and permissive governance. But what has been constant throughout its modern history is the dominance of the cacique class, many of them remnants of the colonial era. Over the years, thanks to a culture of forgiveness and forgetfulness, both new and old political dynasties have congealed into a coherent class, rendering the Philippines as a feudal mini-empire composed of disparate fiefdoms, each ruled by a specific political dynasty.

The astonishing proliferation and resilience of political dynasties violates the basic constitutional (Art. II, Sec. 26) principle of fair competition vis-à-vis elected office. Authoritative studies show that high incidence of poverty is correlated with the prevalence of political dynasties. This is why passing anti-dynasty legislation (and effectively implementing it) is of utmost significance -- an initiative that was pushed by "NoyNoy" (himself from a prominent family) in his final State of the Nation Address.

In a country where political and business prowess is highly entwined, the Philippine economy also closely mirrors its oligarchic electoral landscape. Up to 76 percent of recently created economic growth was swallowed by 40 richest families, the highest rate of growth-concentration in Asia. And unlike the chaobols in South Korea, family-dominated industries in the Philippines are not competitive and interested in heavy industries and cutting-edge electronics, but instead mostly into retail and real estate ventures -- sectors that are tangential to inclusive development.

In short, the Philippines' economic elites are ignoring what leading economists such as Dani Rodrik characterize as the "manufacturing imperative." Bringing in Greenfield investments and breaking the oligopolistic hold of few major conglomerates on the Philippine economy is the only way to bring about much-needed inclusive growth in the country.

What the Philippines needs isn't tyrannical rule, but instead a deepened and substantive form of democracy, which can end the grip of the oligarchic class on one of the most under-performing nations on earth. Aquino's reforms are, at best, just the beginning of a new (and better) chapter in Philippine history. This is why he is, arguably, a transitional leader.