Philly cheesesteaks and an apostrophe are at the heart of a legal dustup between a Philadelphia area restaurant and the U.S. Patent and Trademark Office.

Campo's Deli is suing over the right to trademark "Philadelphia's Cheesesteak," following the the ultimate rejection of its 2009 application that was contested into March of this year.

The U.S. Patent and Trademark office rebuffed Campo's Deli's claims on the grounds that it was too similar to the generic and widely used "Philadelphia Cheesesteak." Meanwhile, Courthouse News reports that Campo's Deli claims their own sandwich is "so superlative" and "gloriously gluttonous" that it deserves a trademark in its own right:

...the Campos insist, in their 4-page complaint: "Plaintiff's mark is, first and foremost, the description of a particular kind of sandwich of a particular quality or standard - a sandwich so superlative, it could only be called 'Philadelphia's Cheesesteak.' "Plaintiff's mark is not, in any sense, an attempt to improperly control the phrase 'Philadelphia Cheesesteak,' which is, by contrast, a generic term to describe a generic kind of sandwich.

Why can't Campo's Deli just name its sandwich something else? In their suit, the owners claim they've been using the trademark since Jan. 1, 2009 at four retail outlets. They're also mulling franchising opportunities, and are eager to know what they'll be calling their sandwiches.

Campo's Deli's web site says that the eatery has started out as a grocery store in 1947 and is still operated by their descendants. A quick perusal of its online menu revealed that "Philadelphia's Cheesesteak" is not currently listed. 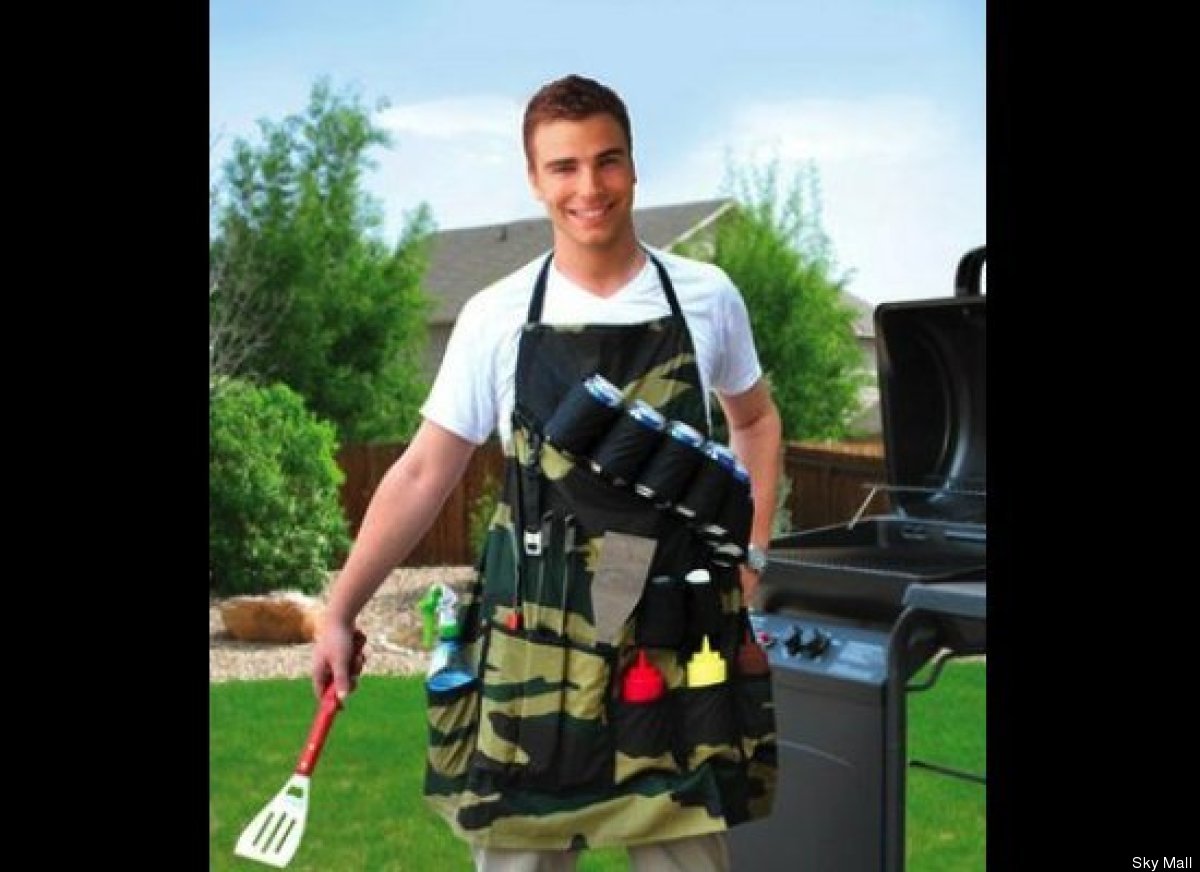 1 / 8
Grill Sergeant BBQ Apron
Even the model in this ad seems to be forcing a smile. Clearly, he wanted to be doing underwear modeling and instead got a giant <a href="http://www.skymall.com/shopping/detail.htm?pid=204306705&c=10525" target="_hplink">camo-apron</a> thrown on him. Between all of those beer cans and condiments, it looks pretty heavy too.
Sky Mall