Ferb of "Phineas & Ferb" has joined the cast of "Game of Thrones."

Thomas Brodie-Sangster, the voice of the Disney Channel character, will appear in "Game of Thrones" Season 3 as Jojen Reed.

Thanks to HitFix's Alan Sepinwall for bringing the fact to our attention.

Just realized one of new Game of Thrones actors is Ferb from Phineas & Ferb. Trying to figure how to tell my kids without showing them GoT.

See a split of Ferb and Jojen below. 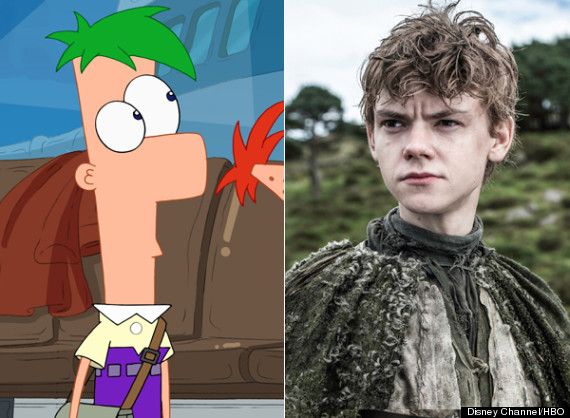