Take a close look at the photo of the young lady below -- Her name is Phoebe Russell. Although I've had some amazing teachers in my more than three decades on this earth, I can truly say that Miss Russell is the best teacher I've ever had, when it comes to the true meaning of "Service." No, nothing is wrong with your eyes and no, this is not a picture of her from way back when she was youthful. Phoebe is six years old. Since meeting her last year, she has taught me a lot about life and about fitting into this world as an "adult." 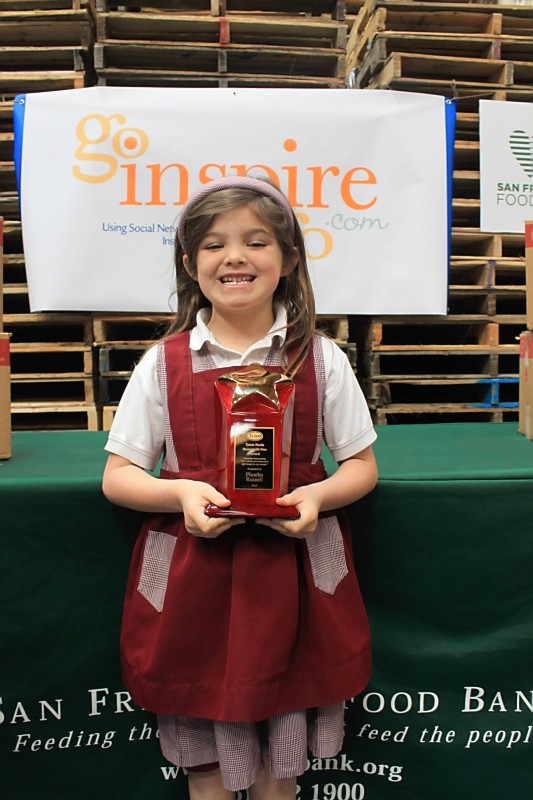 I met Phoebe when she was five through our friends at the San Francisco Food Bank. I created this video for my inspirational website
GoInspireGo.com
on her project to feed the hungry.
Phoebe's mother told me in a way that made me feel humble, "There are always little things that we can do in our daily life that make a huge difference for other people.The project started off as a small thing. Phoebe's taught me, you got to just do it." That's when I realized how deep Phoebe's wisdom was, even at this tender age. While on the way to school, she saw some homeless people on the street. She became curious. "I was sad," she told me in timid voice. So she did what kids are good at -- she asked questions -- which led to a movement that, to this date, has fed about 120,000 people in her community.

"Why do they look so sad?" She inquired inquisitively. "And how do we help them?" Her parents explained that the food bank helps feed hungry people. She became determined to raise money for the food bank by collecting cans, recycling them and cashing them in for money.
Phoebe innocently told me, "It makes me sad because they have no food and shelter. Me, my dad and sister would go to Whole Foods...we would have this big bag of cans and we would turn them in to get money, so I wanted to collect cans."

With the help of her preschool teacher, Phoebe reached out to her network -- during recess, she hand wrote, signed and sent letters to family and friends. Her goal was ambitious -- you might say impossible -- for a five-year-old, but then again, what do grown-ups know anyway?

To say the project gained momentum is an understatement.

Family, friends, and the media shared her story, which led to a ripple effect of giving. Within two months, Phoebe raised $3,736.30. According to the SF Food Bank, that's enough to feed nearly 18,000 people.

The news gets better.

I featured Phoebe's video on GoInspireGo.com and it went viral immediately. More than 26,000 hits from all corners of the world, YouTube comments and e-mails poured in. Parents, churches and other community groups contacted our team to say they were sharing our blog and video with their children (as bedtime stories) and during sermons and meetings. I could see a shift happening -- people were inspired by Phoebe's actions to act.

Get ready to keep on smiling. Yes, this story does get better.

Go Inspire Go submitted the video to Tyson Foods' Hunger Relief Challenge. Phoebe became the "Tyson Hunger All-Sta," a title that comes with a donation of 15 tons of chicken! That means the SF Food Bank is able to feed 120,000 people in the community.

This isn't just a civics lesson to her peers; Phoebe taught us big kids a thing or two as well.
Tyson's Ed Nicholson said that of his 15 years with the company, Phoebe is the one who left a life-long lasting impression on him. "This is to recognize unlikely people in unlikely places doing extraordinary things. I think maybe Phoebe is the one of the most unlikely we've run across and perhaps doing one of the most extraordinary things," Nicholson said, in a voice with so much excitement, I thought he had won the contest.

Paul Ash, Executive Director of the SF Food Bank, was blown away too. He told me, "We've never had someone this young do this much. We certainly have volunteers come in with parents, but no one so young who moved something along so independently and with such great results."

Little Phoebe taught me some big lessons in life as well.

First off, you don't have to be rich, famous or even experienced (that's my nice way of saying old) to give back. Small acts of kindness matter in a big way. It's amazing to see Phoebe in her "zone" and working in the spirit of service, with only one goal: to help others.

I also learned to unlearn things that we're told constantly as we "get older." Just over a year ago, I started my Go Inspire Go Project. My mission was to set up a global platform for people to see and share inspiring stories. My Vision is for viewers to be inspired to use their own resources and talents to help others.

Along the way, we've inspired and empowered people to help those featured through our call to action. (There are links at the end of every story on how they could be a part of the change.)

More than once I almost put the project on pause because I was constantly inundated with people asking me, "You're doing what? Okaaay," and "How are you going to monetize this?" "You need to have a business plan, now."

I admit, there were times when I felt like giving up. But people sent story ideas my way...which touched the journalist in me. (My parents wanted me to nix the journalism thing and become a doctor -- but what Asian old school parent doesn't want their children to wear scrubs and make more moolah?) That's when I just started doing what I knew best -- connect, inspire and empower people through my stories, which led to the vision of my project.
Over a year later, I am still humbled, amazed and intrigued by the fact that children like Phoebe are uninhibited and just take risks. As you see in the first video link above, kids dance shamelessly, freely and unabashed. Kids believe they're artists, singers and astronauts.

But what happens to us when we get older?

Aren't we supposed to get wiser? More connected? How many times have people put up roadblocks on the path to your dreams? How many times have you been told, "You want to be an artist?" or "How are you going to pay your bills?" While these are valid questions that I had to ask myself every day as I took on this project, I learned to cut back, ask questions and Rubix cube my opportunities to work for me.

I don't make a lot of money and still work part-time to work on this project, fueled with hope, passion and compassion.

As I sit here at Starbucks and blog, I wonder how many artists, singers and astronauts out there who "could've been," but were thwarted one way or another.

The world is a big place, we are very small. But the opportunities are vast, limitless -- and within our reach.

So with no shame, I'm proud to say, I learned a lot from little Phoebe -- even though it took some imagination, a shift in my thinking to see life through lens of a five-year-old. Or as Phoebe corrected me recently, "I'm six-and-a-half!" 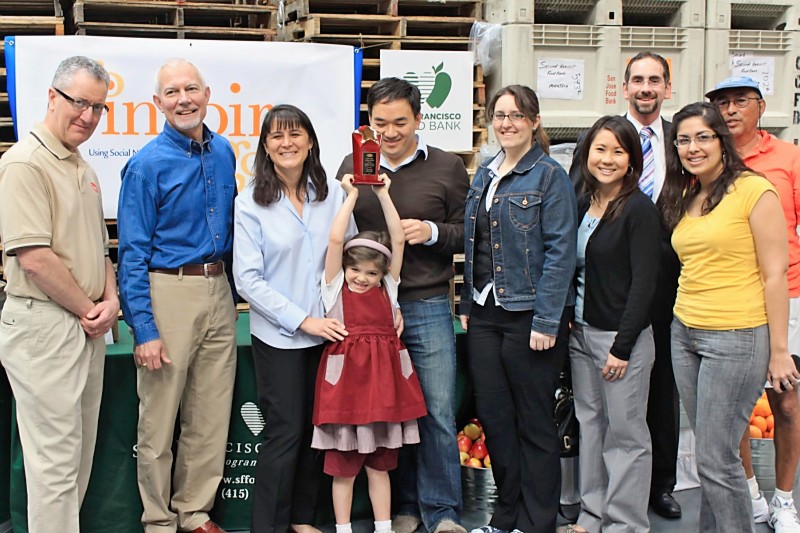