Even Patrick Quinn, co-founder of the popular Life of Dad social media network for dads, was shocked by the flood of photos the site received after posting this picture of a "101-year difference" between a new baby and the family's oldest living relative. 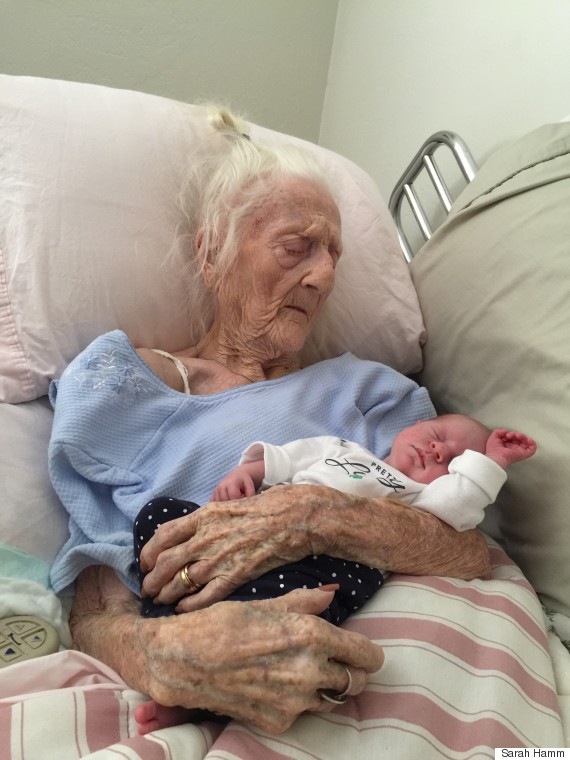 The photo was shared by Sarah Hamm of Gilbert, Arizona. She had brought her two-week-old daughter Kaylee Rowland to meet her 101-year-old Grandma Rosa Camfield.

The photo inspired more than 120 readers to post their own multigenerational photos and new ones are being added every day, said Quinn. But the real shocker for him, he says, was that many of the photos claim an even bigger age gap than 101. "Our highest gap in age was 112 years, which is pretty amazing," he said.

"People were really drawn to the image for reasons we didn't foresee. They thought of all of the things this woman has seen and lived through in her lifetime and imagined how her experiences will shape the life of the baby just starting her own journey," Quinn told The Huffington Post.

Hamm said even she was delighted that her photo triggered such a response. Grandma Rosa, she noted, was born on June 13, 1913 on Friday the 13th. She was the youngest of two children and had an older brother. Rosa has three children, five grandchildren and 10 great-grandchildren and currently lives with her oldest daughter in Chandler, AZ.

"My grandma was born and raised in Michigan where she spent all her life until 2007 when she moved to Arizona. She went to school in a one-room school house," Hamm told The Huffington Post. "Her dad was the first one in their town to own a vehicle. She went back to college when she was 43 and became a school teacher in Ludington, MI."

The reader reaction delighted co-founder Tom Riles. "Our audience started sharing pictures of their families that illustrated the gaps in ages between the oldest and the newest members. To think that they grew up in entirely different worlds than what the newest members will experience, yet their influence, values and love will pass on through them and others to come is simply amazing," he said.

It really is. Check out other beautiful images of great-grandparents with their great-grandchildren here.

You can see more of what readers sent Life of Dad here.

PHOTO GALLERY
Great-Grandparents With Their Great-Grandchildren 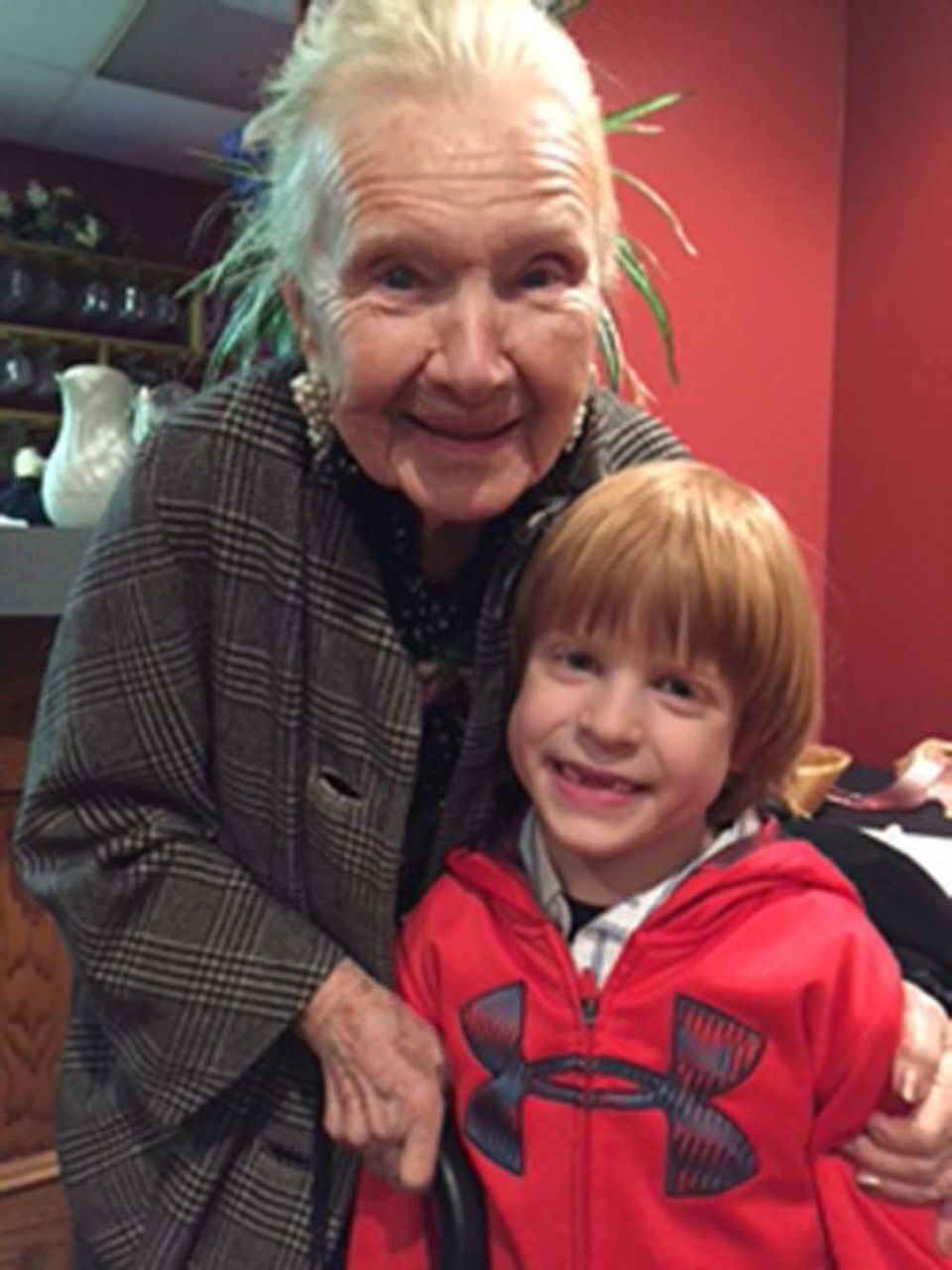