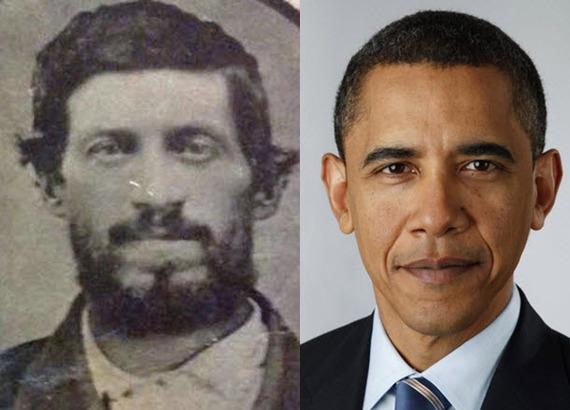 It was seven years ago when I identified Fulmoth Kearney of Moneygall, Ireland as the most recent immigrant on the maternal side of Barack Obama's family tree. Inheriting land in Ohio from a brother, Fulmoth's father, Joseph, left Ireland for the United States in 1849. Fulmoth and his sister, Margaret, followed in 1850, and his mother and two younger siblings in 1851 -- a classic, chain migration pattern found in countless families.

Not surprisingly, many have asked over the ensuing years whether there were any photos of Fulmoth, who was known to his family as "Fully." I continued to look, but he had done a masterful job of keeping his secrets to himself -- until now. Just recently, President Obama's second cousin once removed, Dean Dillard, and his research companion, Norman Peters, solved the riddle of Fulmoth's burial, and it was only weeks ago that they had a tombstone placed memorializing Fulmoth and his wife, Charlotte, noting that they were the great-great-great-grandparents of President Obama. 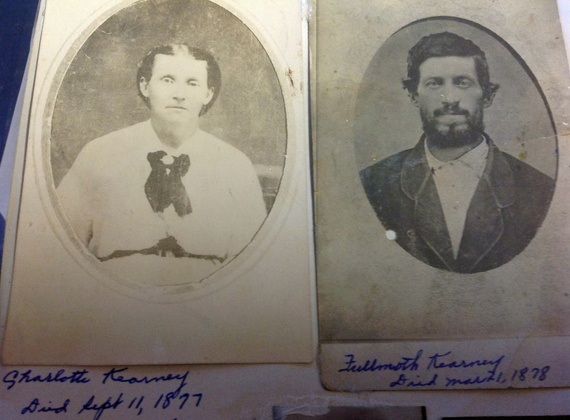 Photos of Fulmoth Kearney and his wife, Charlotte, with their dates of death noted (used with kind permission of Merlyn White)

And now, thanks to another descendant of Fulmoth and Charlotte's, we know what Fulmoth looked like. Merlyn White, the President's third cousin once removed, inherited a photo album and other items through a great-aunt who lived until the impressive age of 107. In an illustration of how intertwined our family trees all are, it was while visiting a distant cousin in Scotland that Mrs. White first learned she was related to Barack Obama. The cousin, an avid genealogist, had made the connection. This discovery prompted her to take a closer look at the family memorabilia that had come her way, and that's when she found photos of Fulmoth and Charlotte, images which Mrs. White graciously agreed to share here.

Fulmoth Kearney is a distinctive name, but should there be any doubt that this is the correct fellow, the original owner of the scrapbook noted Fulmoth's date of death under his photo -- March 21, 1878 -- exactly the same date that Dean Dillard and Norman Peters had uncovered by tracking down old cemetery records. So roughly 185 years after his birth, 164 years after his arrival in America, 136 years after his death, and almost six years after the inauguration of the most famous of his progeny, Fulmoth Kearney has finally revealed his secrets, and rather appropriately, he did so through his descendants.