This year I had a strong desire to attend a unique and rare style of pride event, especially in light of the landscape-altering decision by the United States Supreme Court, forever altering America's social contracts. 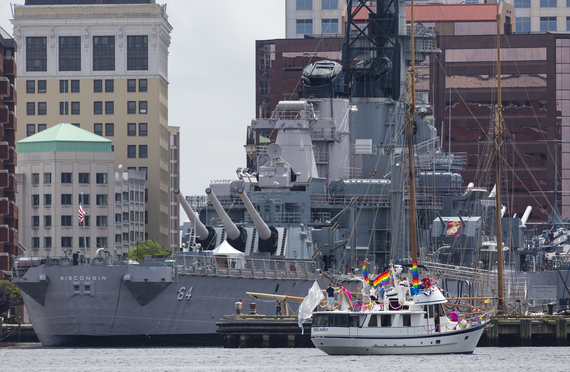 Norfolk is synonymous with boats. It's the home of largest naval base in the world, Naval Station Norfolk, and the final resting position of the Wisconsin (pictured here). The Wisconsin, a WWII and Korean Conflict battleship punctuates the Norfolk skyline and helps to educate future generations as a fully functional museum ship. 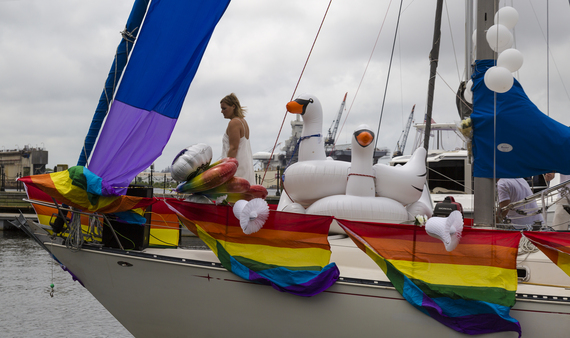 'The Swans' marked the beginning of the 2015 Pridefest Boat Parade. As they set sail into the Elizabeth River, like beacons of pride and beauty, they summoned all to the Norfolk waterfront, preparing us for celebration and revelry. 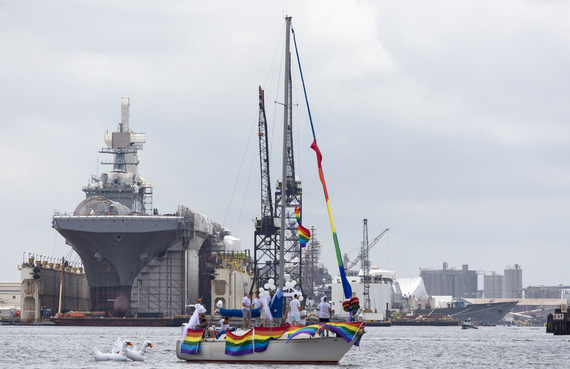 I'm serious about 'The Swans!' They rocked the boat, pun intended. 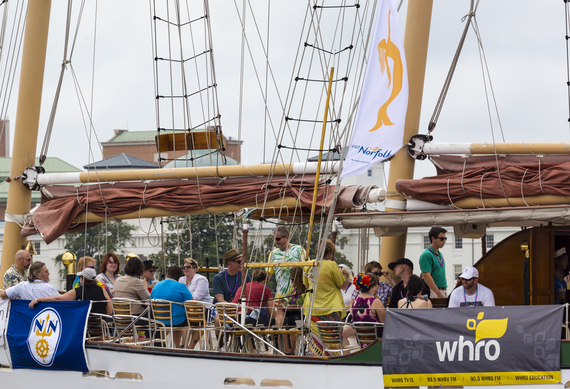 The floating festivities are open to everyone. If you own a boat you're more than welcome to get a permit, color her up, and ride in the parade. If you aren't lucky enough to have your own boat, join someone else's! If you're plagued by the devil that is sea-sickness, get yourself an inflatable swan and watch the parade from the safety of a mimosa on the waterfront! 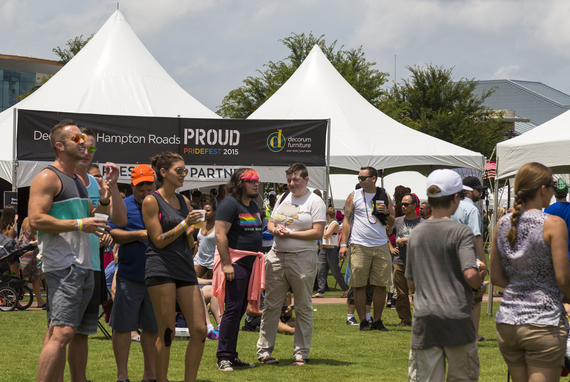 The tents are setup at Town Point Park, which coincidentally, lines the waterfront in perfect view of the passing picturesque parade.

I have to say it's quite a unique spectacle when parade floats actually float!

White swans, black swans, pink swans, all swans are welcome! I love creative boat decorating, and so do you. 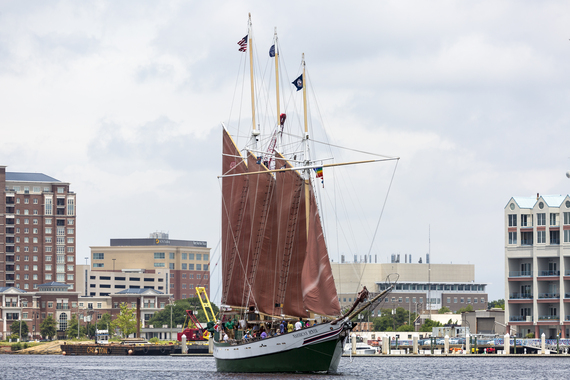 Does size matter when it comes to ships on parade? I report, you decide! 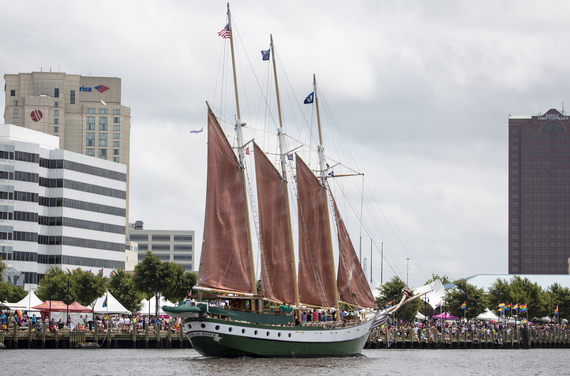 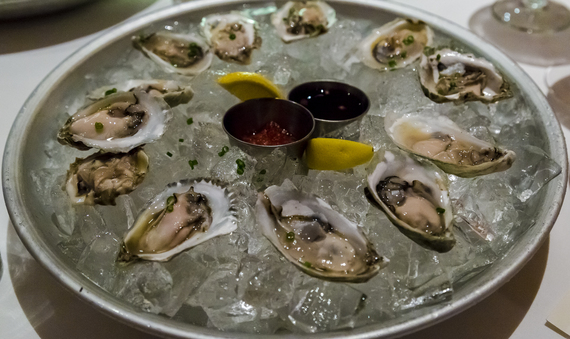 Oyster sidebar! Norfolk has the best oysters I've had in years -- NOTE: It's nearly impossible to photograph oysters and make them look appealing, so just take my word for it with these appetizing aphrodisiacs. 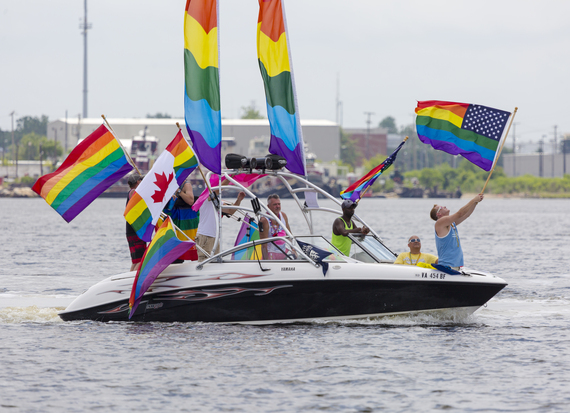 These guys know what I'm talking about with the oysters! They also won the award for the best SCOTUS celebration at the waterfront. #LoveWins 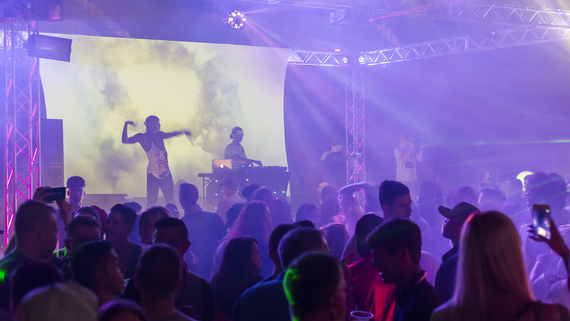 If this is more your pride-style, Hampton Roads has what you crave. 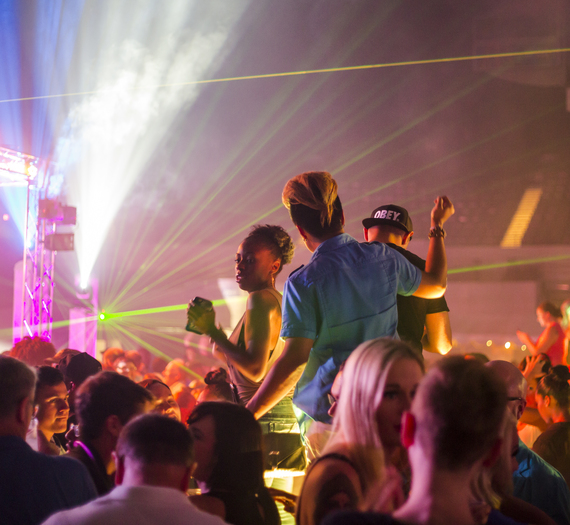 The annual Pridefest Block Party had a seamless run even after a last minute venue change prompted by Mother Nature's insistence on hydrating the land. That's coordination at its finest, moving the party at the last minute, and still having everyone show up. Well done! 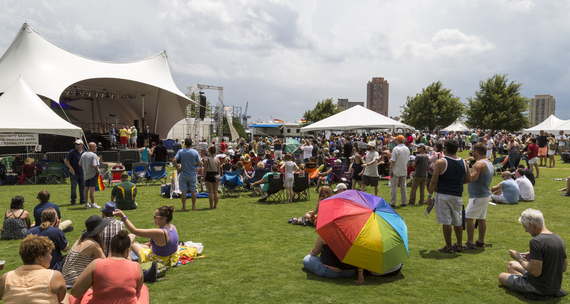 Mother Nature came back the following day to threaten more hydration, but that didn't stop Pridefest attendees from enjoying the festivities (pre-thurnderstorm). #LoveWinsEvenWhenWet 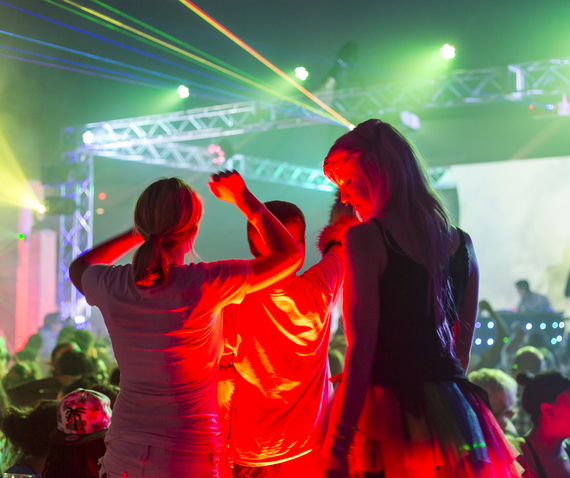 What I was most proud of at Hampton Roads Pridefest was the next generation of Americans. These are folks who're going to grow up in the environment we leave to them, and they're in many ways better prognosticators than we were. #TruePride

Another food aside: After you're done eating the oysters try the soft-shell crab. Bon Appétit!