This little girl received a boost of confidence from a Disney princess that made her feel like she was in a fairy tale.

Isabella Harvey, 5, of Staten Island, New York, was first diagnosed with leukemia in January 2013, and while she went into remission for over a year, she relapsed this September and needed aggressive chemotherapy. The 5-year-old's hair began falling out, making her upset at her appearance. 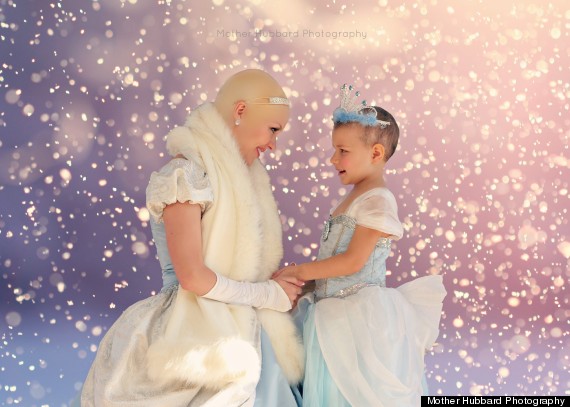 "She was embarrassed," Isabella's mother, Pina told The Huffington Post in an email. "When her hair fell out the first time she was 3 so she really didn't understand. But now she is 5 and was having a hard time dealing with it." 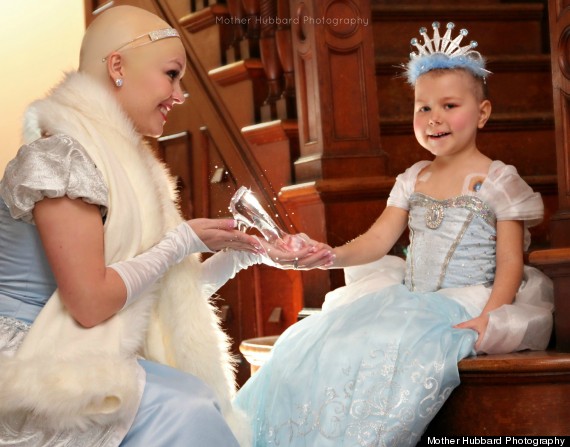 In an effort to get Isabella to see herself in a more positive light, Pina reached out to Gianna Nicole’s Heart of Hope, an organization which helps families whose children are battling cancer. The charity teamed up with Bella Princess LLC, a princess party company to set up a photo shoot late last month for Isabella -- complete with special guest, Cinderella. The model who dressed as the Disney princess donned a bald cap, and showed the young cancer patient that she had nothing to be insecure about. 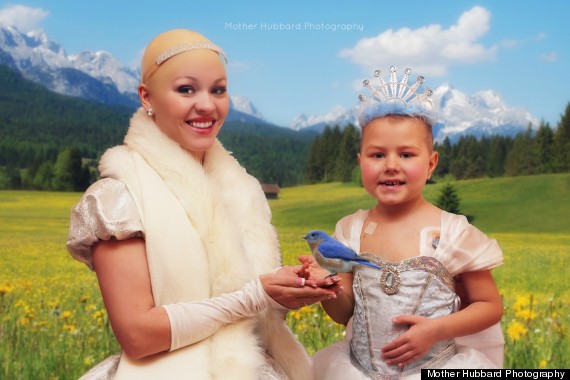 "After all she went through ... it was such an amazing feeling seeing her so happy," Pina told HuffPost.

Before finding out that Cinderella would be attending her special day, Isabella, who was accompanied by her siblings, was hesitant to participate in the photo shoot, uncomfortable with showing her head.

"At first she didn't want to go. Then, she said she would go with a hat on, and when we got there she still refused to take off her hat," Pina said about of her daughter's uneasiness. 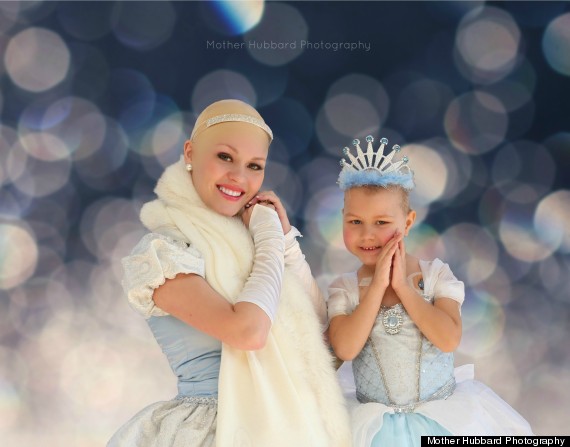 It all changed, however, when Cinderella walked in, confident even without hair.

"She said, "she looks just like me!'" Alana Hubbard, the photographer behind Mother Hubbard Photography who shot the images, told HuffPost.

Pina added, "Her face lit up and seemed to relax a little. Isabella took off her hat. She was so happy and seemed more at ease taking pictures."

The photo shoot ended up having quite an effect on the 5-year-old, who recently saw the pictures for the first time.

"It re-enforces what I tell her every day -- that she is beautiful. That photo shoot just made her realize everyone feels the same way as [I do]," Pina told HuffPost. 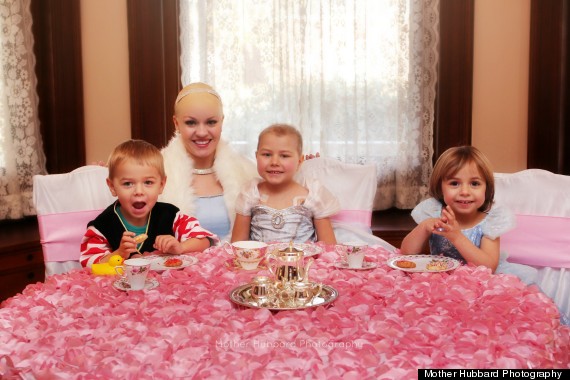 Hubbard says she's ecstatic to hear about Isabella's newfound confidence, and hopes that the pictures will provide others going through the same thing with some comfort.

"We're really hoping that it shows other little girls who may be going through cancer too, that you can be a perfect princess with or without hair," Hubbard said.