Who knew Disney movies could mimic real life so perfectly?

Photographer Neil Agate captured this scene, reminiscent of "The Lion King," during a 2008 safari in Tanzania, though it's only now starting to gain popularity on the internet. In the pic, a young cub and proud lion (complete with Mufasa-style mane), clamber to the top of a vantage point in the Serengeti National Park. The location where they're standing is named, fittingly, "Simba Kopje," or "Lion Hill."

"I was close enough to hear them breathing and the tiny attempts at roaring from the little one were cute," said Agate in a statement accompanying the photo. "I've been on safari in Africa 4 or 5 times and this remains the most special moment I've had." 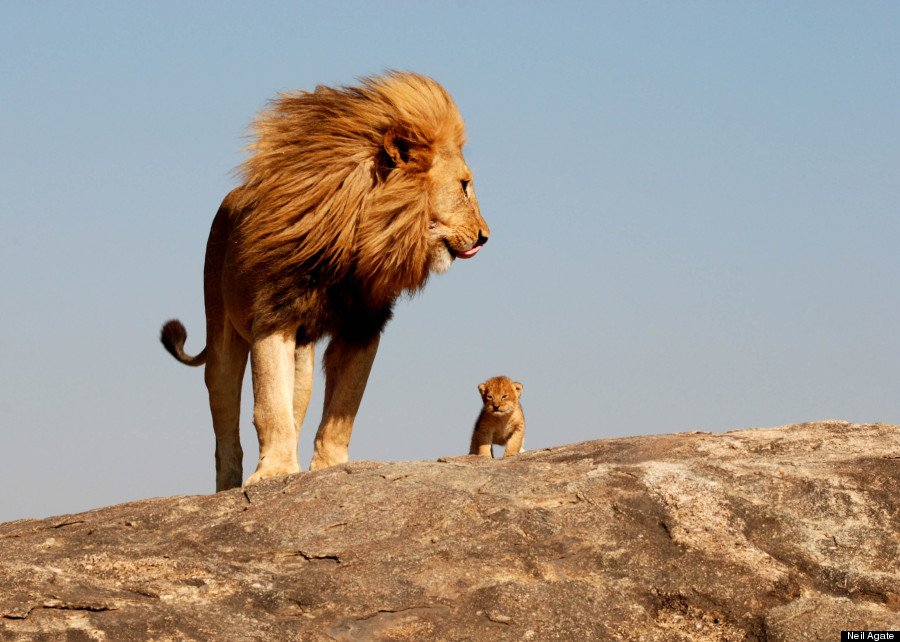 Lions are currently classified as a "vulnerable" species, having sustained an estimated 30 percent reduction in population worldwide in the last two decades. According to the International Union for Conservation of Nature, the lion's primary threat is "indiscriminate killing" by hunters in defense of life and livestock.

Looking for more examples of "The Lion King" in real life? We have you covered.