Have you ever seen a Tesla coil up close? What about a lightning storm caught in a single image? Marc Simon Frei’s enveloping photographs let you take a glimpse at both, bringing viewers far closer to raw electricity than they thought possible. 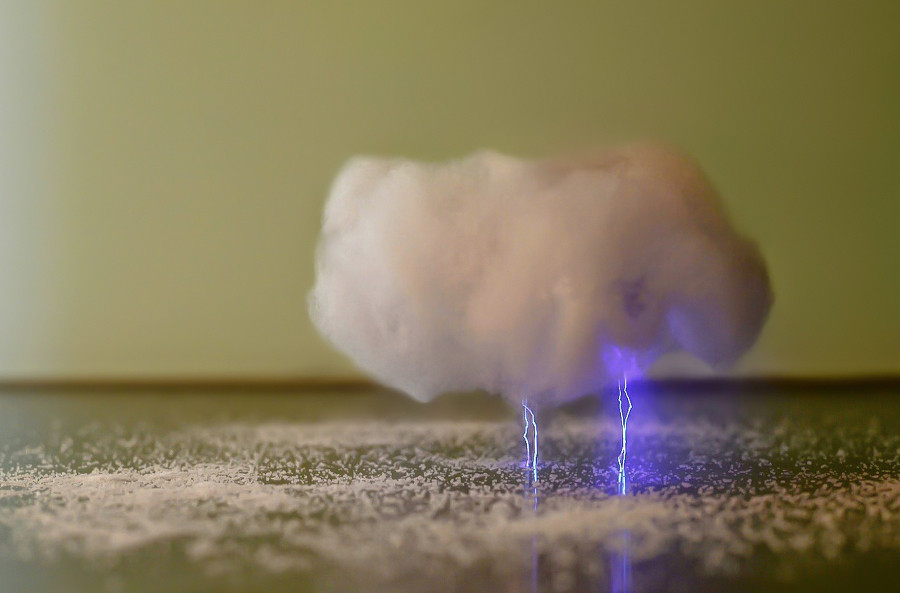 A self-professed “child of science,” Frei originally worked on the mechanical side of electricity, before switching to the artistic realm as a lighting designer. Now his works blend engineering craft and an artist’s eye, a hybrid method that helps ensure his camera captures striking images without collapsing at the hands of high voltages. In addition to the Tesla coil shots, Frei has fashioned miniature wool clouds. Some produce miniature lightning, while others glow with embedded LEDs.

He considers these “high-voltage experiments” a kind of hobby, one that supplements his professional forays into electricity. They allow him to tap into the creative energies of Nikola Tesla, who invented the coil in 1891. The coil works by placing two capacitors in close proximity and building up a strong electric potential in one -- until it jumps across the "spark gap" to the other in a flurry of gorgeous blue electricity. 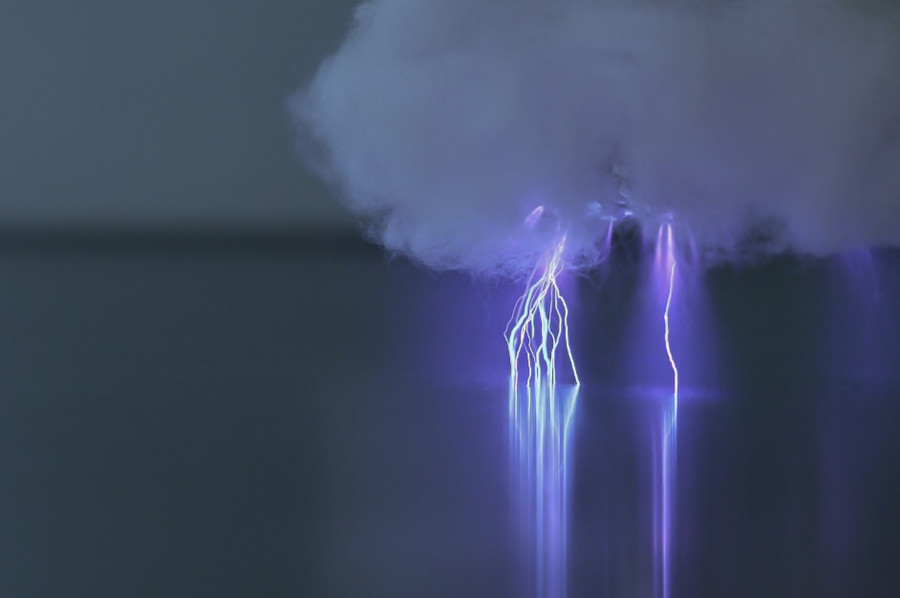 “I am fascinated by Tesla and his visions,” Frei wrote to The Huffington Post, “and I would be happy if he revives a bit through my photos.”

When viewers stare at Frei's fleeting electricity and wool clouds, they are not just experiencing the visual appeal of dancing sparks. They're also connecting to Tesla as an inventor and a creative, and a greater human fascination with producing energy and light. 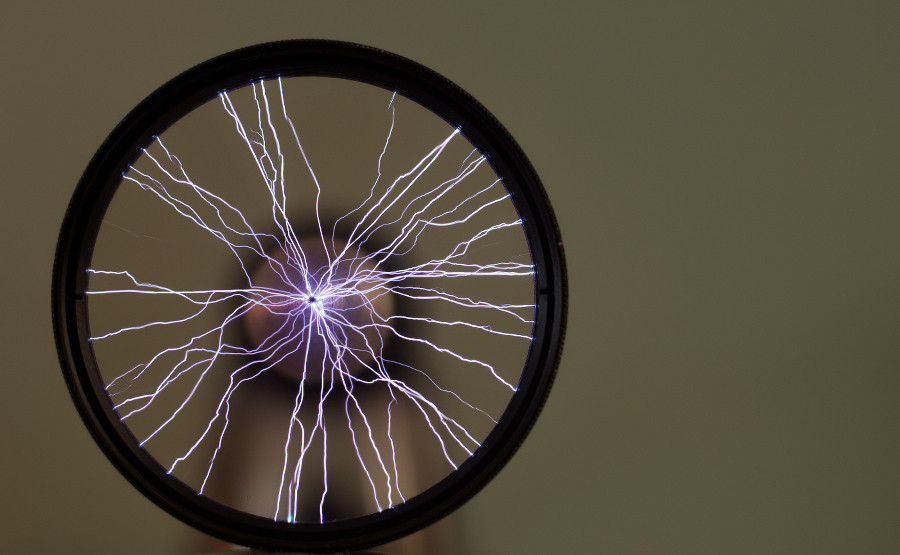 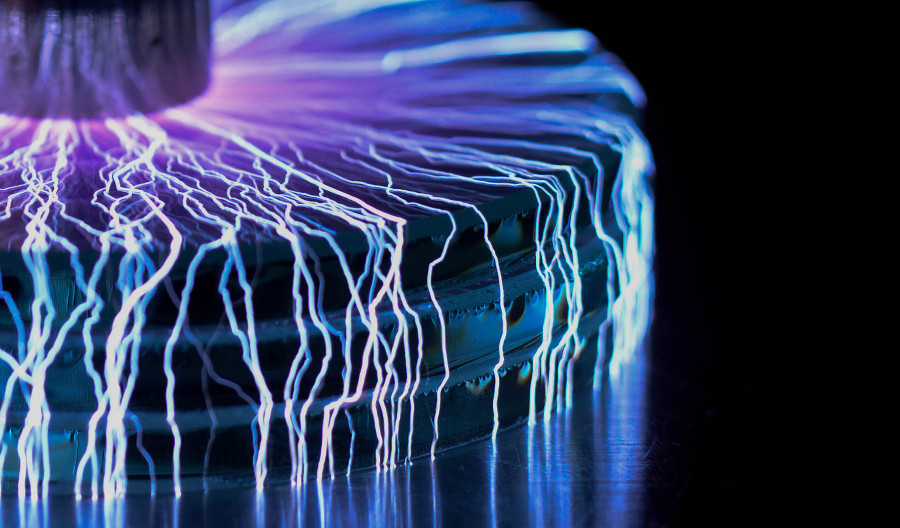 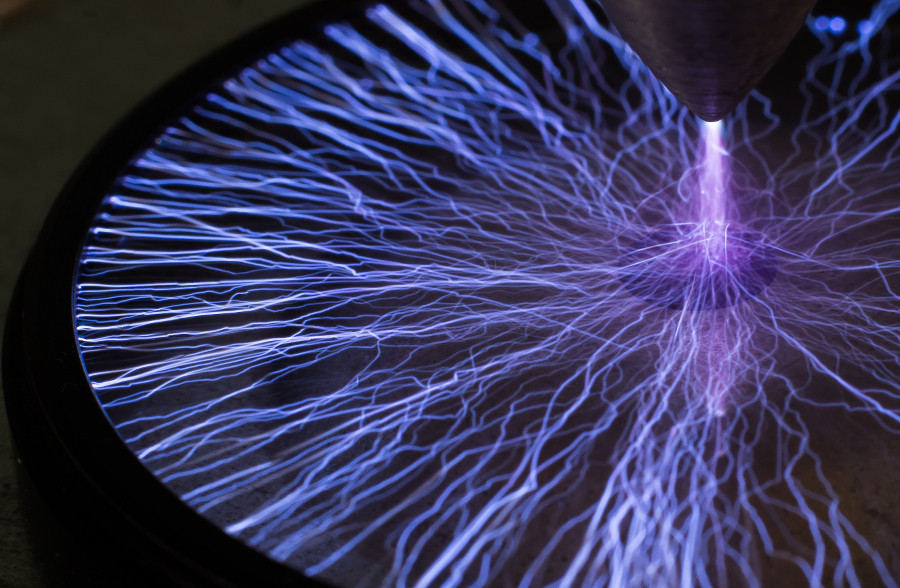 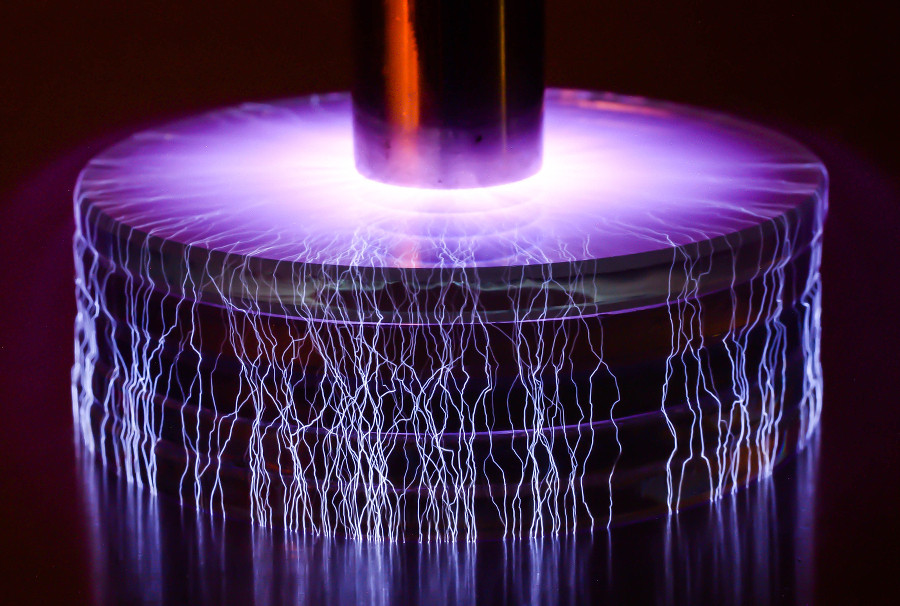 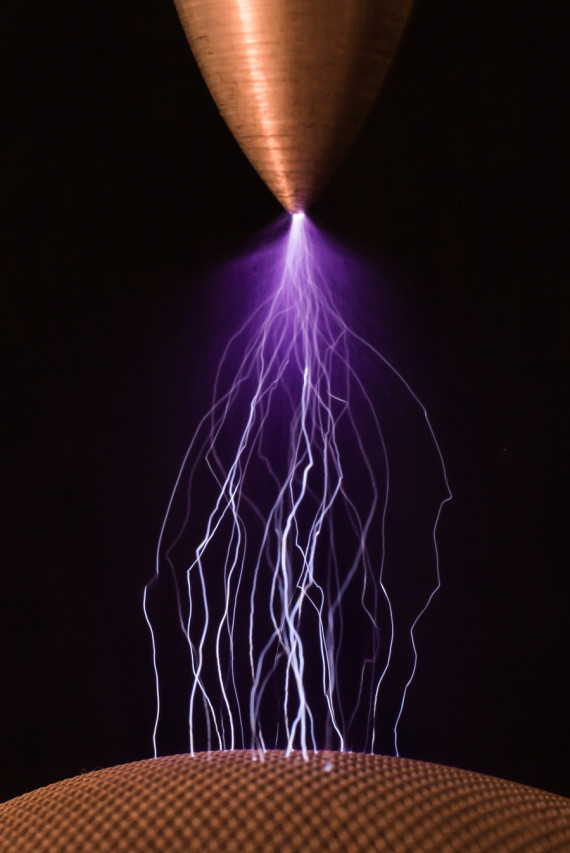