Photographer Patricia Willocq was raised in the Democratic Republic of Congo, where people with albinism are often the target of discrimination that, in the worst cases, endangers their lives. She recalls, from a young age, recognizing the injustices people living with albinism were forced to endure, and feeling compelled to do something about it.

Albinism is a congenital condition, affecting individuals of all ethnicities and genders, in which a person is unable to produce the typical pigmentation of skin, hair and eyes, resulting in extremely fair complexion and sensitivity to light. In certain parts of Africa, including the DRC, people with albinism are subjected to extreme prejudice and acts of violence, stemming from superstitious beliefs with no factual basis.

"In the history of albinism, mami wata, a word originating from the English 'mammy water,' is often mentioned," Willocq explained to The Huffington Post. "Legends say that the fair-skinned mermaid furrowing along the bottom of rivers and lakes took her revenge on men who did not fall under her spell by producing children looking like her, immaculately white."

Women who give birth to children with albinism are often abandoned by their partners as a result. Their children are often unjustly assumed to be "less than" because of the color of their skin. "They are rejected, stigmatized and taken out of school, which diminishes their chance of future integration into society," Willocq said. As a result, many people with albinism grow up in poverty, without access to the resources and educational opportunities of their peers.

Some healers and "witch doctors" in Africa have perpetuated the false notion that those with albinism possess magical powers, resulting in a haunting demand for their human body parts to be used in amulets or potions. "This has led to attacks, abductions and killings of people with albinism, and even to the theft of their bodies from graveyards," United Nations Secretary-General Ban Ki-moon said earlier this month.

In 2013, Willocq returned to the Democratic Republic of Congo, camera in tow, determined to dispel the dangerous misinformation surrounding albinism. She embarked on a photo essay entitled "White Ebony," capturing the overwhelming beauty of babies, children and adults living with albinism. The photographs communicate what words cannot grasp, the blessing that is difference and the humanity that unites us all.

"This photo report is a testimony of hope, courage, love and success to give them the dignity they deserve," the photographer said. "It can hopefully be used to promote understanding and tolerance toward people with albinism in the Congo and in the rest of Africa."

June 13 marked the second annual International Albinism Awareness Day, a time dedicated to ending the cruelty and ignorance that plague the lives of people with albinism around the world. "I call on all countries and stakeholders to recognize that human rights apply to all people everywhere, including people with albinism," Ki-moon announced on the occasion.

Willocq, for one, has hope for a brighter and more inclusive future, starting in her native DRC. "Even though the situation of people with albinism in some countries is disastrous, their future looks much more promising in the Democratic Republic of the Congo. They are slowly making their way toward integration."

Correction: An earlier edition of this article mistakenly referred to Willocq's photo essay as "Black Ebony" instead of "White Ebony." We regret the error. 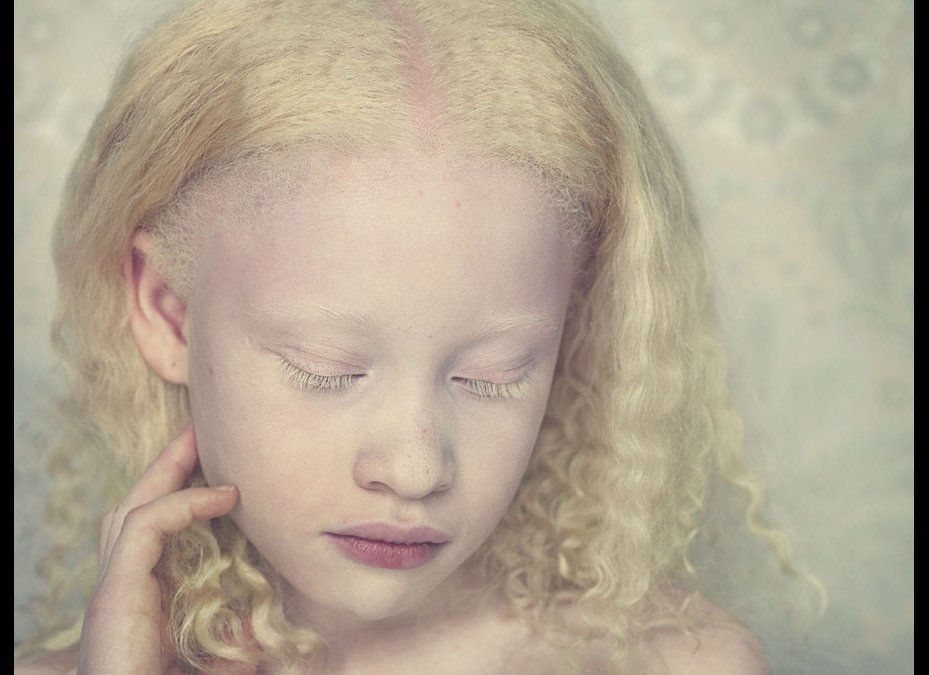