Photographer Eva Szombat photographs happy people. Or, rather, people doing what makes them happy. But don’t expect a stream of stock photos full of people passively basking in the sunlight, cuddling in bed or intently smelling a cup of coffee.

With her series “Practitioners,” Szombat visualizes the reality that making yourself happy isn’t just a matter of repeating your mantra, it involves some serious hard work ― and oftentimes, some wonderfully unorthodox methods. Szombat shared a quote from her friend in an email to The Huffington Post: “Happiness is like math, you have to learn it.”

The Hungarian artist’s diverse array of subjects, including friends and strangers, explores the infinite ways people make their days worth living, whether overcoming some severe personal trauma or simply the banality of everyday life. For example, a woman named Mária surrounds herself with frogs, from stuffed animals to figurines to the shower cap atop her head. Although she’d long had a soft spot for the amphibian creatures, Mária’s passion strengthened after she was diagnosed with cancer, and began depending on her collectibles for the strength to survive. In her photo, she, appropriately clad in a frog-covered tee, smiles away from the camera, alluding to the cosmic significance of her trove of green tchotchkes.

Another one of Szombat's subjects is Erika, whose obsession involves intricately twisted balloon sculptures. In one photograph, Erika's daughter, Noncsi, lies before a cluster of buoyant characters floating off a bed, her arms outspread to welcome them.

"When I met Erika, she was a delightful woman who twisted incredible balloon-sculptures for an event," Szombat explained. "I asked her to participate in my happiness project. She was surprised, but said yes." Two years prior, Erika and her husband lost their 5-year-old son, Norbika, and Erika subsequently suffered from deep depression. She decided to purchase a balloon twisting set for her 3-year-old daughter, who loved balloons. "But Erika ended up enjoying the twisting, and she was able to divert her thoughts and shake off her profound sadness. She left her job and is making a living off balloons since."

Other subjects include Gergő, who loves to play basketball despite the fact that he was born with open neural tube defects that prevent him from walking. There's also Zoli, who goes by the DJ alias Galactic Jackson, and supplements his job at a Budapest luxury hotel by collecting synthesizers and LPs, having amassed the largest collection of synths in Hungary.

The wide range of subjects speak to the singular nature of happiness, and that one person's inspirational quote is another person's obscure toy collection. There's no right answer, no path to the happy place too conventional or taboo. Some of Szombat's photos depict monumental changes such as gender confirmation surgery, while others illuminate the small and strange pleasures that get you through the day, revealing the importance of both grand gestures as well as the tiny daily victories in the search for inner wellness.

The series, Szombat believes, also suggests that the happiest people are those who've had to fight for their happiness, to figure out from scratch what happy means to them. "I think that people who've had everything aren't actually so happy. They always want more," the artist explained to Vice.

"Making this project made me realize that people who've had problems tend to appreciate life a lot more. I wanted to show that you don't have to think, 'What should I have?' Or, 'I want more of this.' The people in 'Practitioners' have something in common in that they think differently about happiness. They know it's about appreciating the little things. I really appreciate these people; they give me a lot of inspiration, and I want them to inspire others too."

See the smiling faces of Szombat's "Practitioners" below, doing what they do best, whether hugging inflatable alligators, collecting rare synthesizers, or getting a puppy. 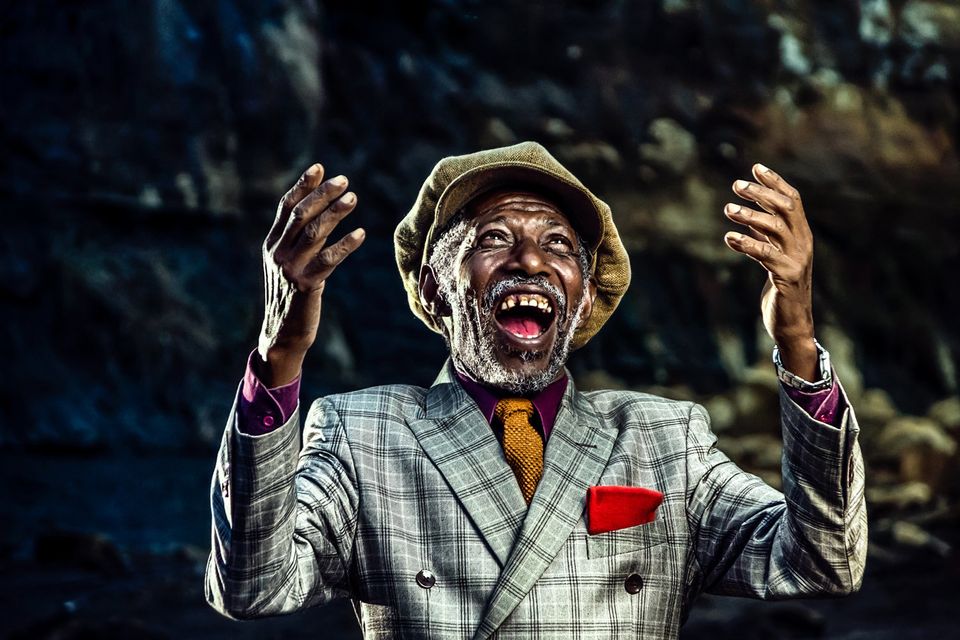