When we hear the word "swarm," rarely do we feel relaxed, but artist Thomas Jackson aims to change our perceptions with his astounding series of unlikely natural phenomenons. Jackson, a photographer based in Brooklyn, found himself fascinated with the concept of emergent systems in nature, but wanted to expand the visual vocabulary.

Emergent systems, the self-organizing phenomena such as termite mounds, flocks of birds and schools of fish represent the juxtaposition inherent in the natural world. Jackson's take on the concept by creating a tense relationship between the beautiful and the frightful, the natural and the artificial. Jackson's "Emergent Behavior" series depicts unlikely materials behaving in seemingly natural ways, challenging the viewer to create their own interpretation of the truth. 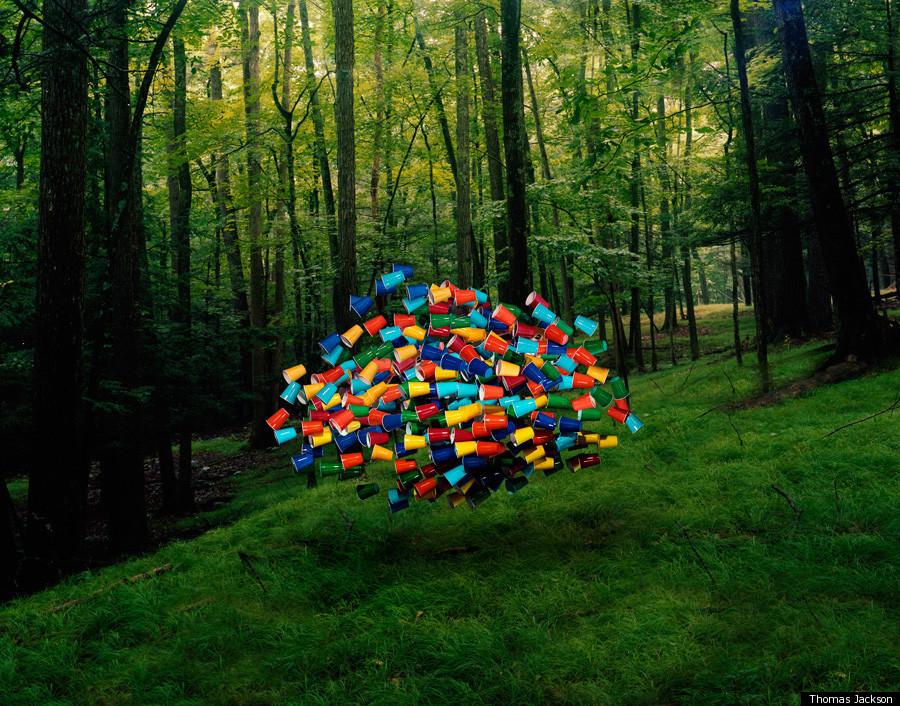 The images are ambiguous, tapping into a sense of discomfort while creating a new reality. Typically, a swarm of cheese balls doesn't sound too bad, but the way that Jackson brings it together is a tad unsettling for our appetite. While it may be difficult for the viewer to reach a final conclusion, Jackson's open-ended conversation never requires an explicit answer to enjoy the experience.

Taken from Jackson's website, "By constructing the sculptures from unexpected materials and placing where they seem least to belong, I aim to tweak the margins of our visual vocabulary, and to invite fresh interpretations of everyday things." View a slideshow of Jackson's mind-bending swarms below. 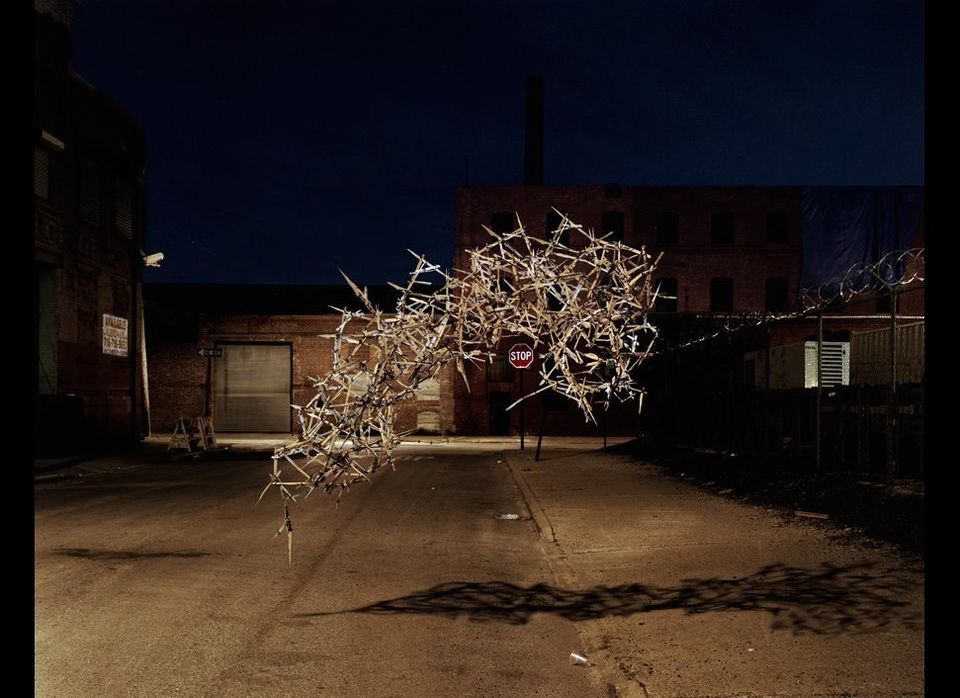