Albinism is a hereditary condition resulting in the absence of pigment in hair, skin and eyes, which can lead to serious vision problems -- even blindness. In the United States, passersby might pause to stare, but outside the country the fate of albinos can be even crueler. 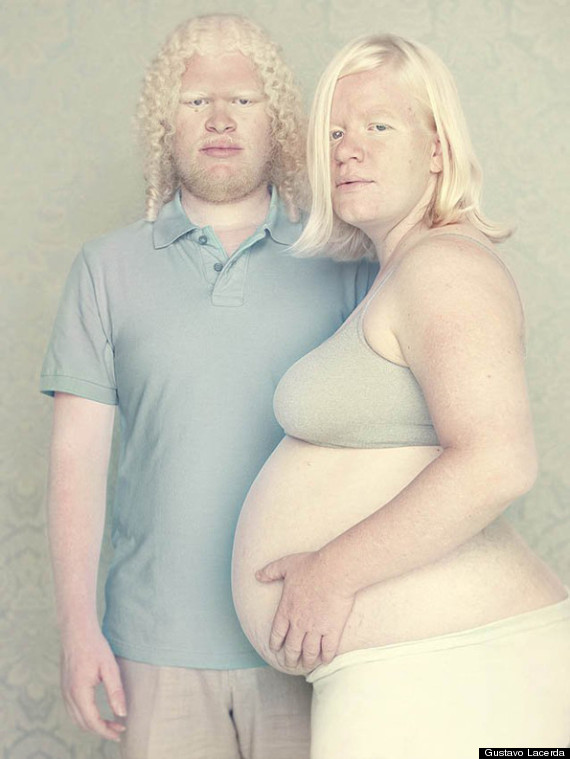 In East Africa, some people mistakenly believe that body parts from people with albinism have magic powers, which lead to the murder and mutilation of thousands in 2009. Dealers can make up to $75,000 on a set of dismembered limbs, which are weaved into hair and clothing like good luck trinkets.

In Lacerda's home country of Brazil, albino people mostly live on the Ilha dos Lencois, a sparsely populated island that also functions as an ibis sanctuary, according to Lonely Planet. At one point, the existence of albinism in northern Brazil was extensively studied, but then died down, until the Daily Mail went crazy over a story about an Afro-Brazilian woman who apparently had three children with albinism. The Guardian recently reported on a story of two parents who debated whether to have a child with albinism, saying, "I was anxious about the impact on us of being parents and the perceptions of other people."

The photographer's series incorporates the gaze those with albinism are wont to experience, but in the series, they look right back at the viewers. Toying with pose, light and saturation, Lacerda creates an ethereal beauty where the light-drenched palette is coupled with a darker reality.

See a slideshow of the work below, and let us know your thoughts in the comments section:

For more information about albinism, visit Under the Same Sun, a Canadian nonprofit with a branch in Tanzania, to see how you can help.