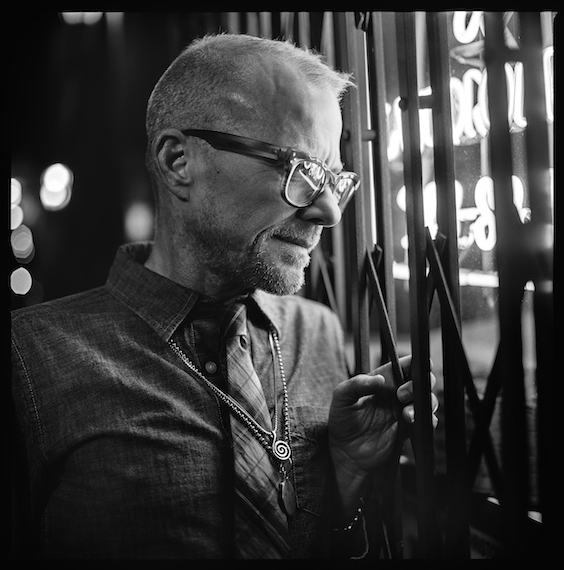 On a hot August night back in the summer of 1980, a young seminarian from General Theological took me to the abandoned piers at the base of Christopher Street where I witnessed the incredible display of New York sexuality available for anyone willing to participate. Fresh from life in San Francisco, where I believed that I'd seen it all, I quickly realized that Christopher Street and its neighboring piers represented an open-air stage for the manifestation of desire.

Memories of that storied era and its fabulous creatures returned as I cruised through On Christopher Street: Transgender Stories (Rizzoli, 2016), the profoundly moving book of portraits by the renowned photographer Mark Seliger. "I've always been intrigued by the life and theatre of Christopher Street," says Seliger who spent three summers shooting photographs of the neighborhood's vibrant characters. 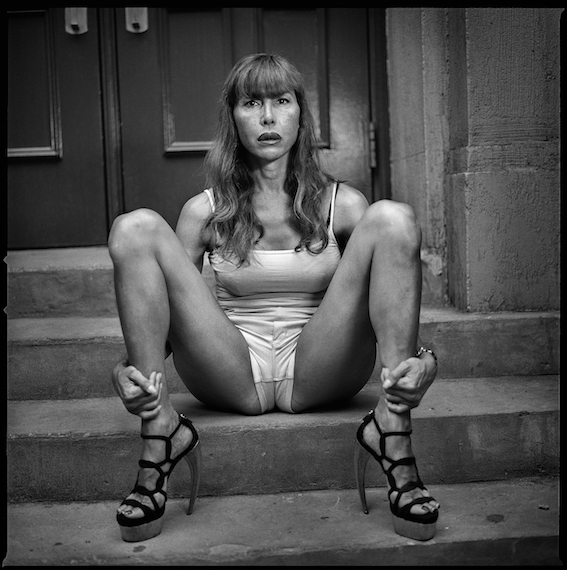 Nestled in the heart of Manhattan's Greenwich Village, Christopher Street has long been acknowledged as the birthplace of the LGBTQ rights movement. The historic 1969 uprising at the Stonewall Inn (recently designated as part of America's first LGBT national park site) was initiated by drag queens and transgender people, as well as other marginalized members of the LGBTQ community. For many of us, Christopher Street has become synonymous with our sexuality and its acceptance.

In Seliger's words, Christopher Street is "an Ellis Island for freedom of expression and gender identity." Using one camera and one light source, Seliger sought to capture the participants in the nation's ongoing fight for LGBTQ civil rights. A longtime resident of the West Village, the Texas-born Seliger didn't immediately recognize that his photographic focus was fixed primarily on transgender individuals. Initially he imagined that he was shooting "stories of people who found their way to Christopher Street." 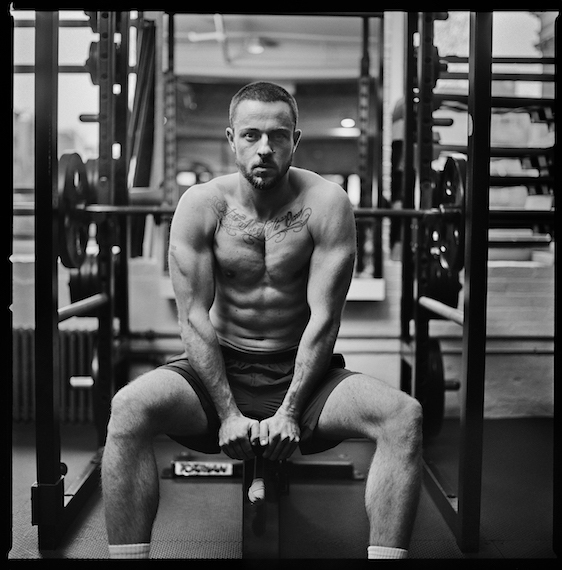 In an impassioned foreword, Janet Mock (author of Redefining Realness) asserts the import of Christopher Street (and its sisters across the country, from Honolulu's Merchant Street and San Francisco's Tenderloin to Halstead in Chicago) as a "beacon for those who are questioning...[and] a flame signalling safety and freedom..." As Mock notes, Seliger's portraiture recalls the indelible images associated with Jennie Livingston's Paris Is Burning (1990), the seminal documentary that offered viewers a window onto New York's ball culture and its captivating players notable for their tenacity and tenderness.

Throughout the 160-page book, the subjects in Seliger's On Christopher Street reveal a remarkable strength of character alongside the desire to be accepted as individual. Seliger's interest in photo documentary has resulted in photographs that are limned with narrative: in the position of the hands, the forthright gaze, the shoes, the nails, the abs, the breasts, the tats, the handbags. It's possible to read entire lives into Seliger's portraits--and yet, it's equally fascinating to read the accompanying bios, written in the subject's own words, as they recount their experiences with family and friends and sexual partners. 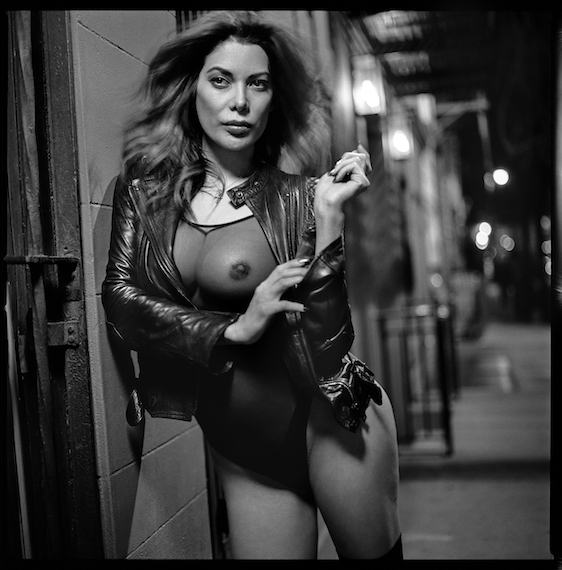 In truth, each bio alongside a portrait reads like a synopsis of an entire season of a Bravo television series: riveting drama leavened by humor with plot hooks and cliffhangers. This is real life, lived with a purpose, and the words a testament to the fortitude of every one of Seliger's incredible subjects. There are harrowing events recalled, but also moments of vulnerability and joy. As Mia Mikowicz recounts in sharing her grandmother's response upon telling her that she was trans, "She just looked up at me in the eyes and said, 'Then I know one day soon I'm going to have a very beautiful granddaughter.' And I sat there and cried and cried and cried."

Chief photographer for Rolling Stone for more than ten years and a frequent contributor to Vanity Fair, GQ, Italian Vogue, L'Uomo Vogue, and Time, Seliger became renowned for his portraits of celebrities, musicians and artists. For the 74 black-and-white portraits in On Christopher Street, Seliger turned his Hasselblad on his own neighborhood and the resultant narrative powerfully underscores Christopher Street's ongoing symbolism. 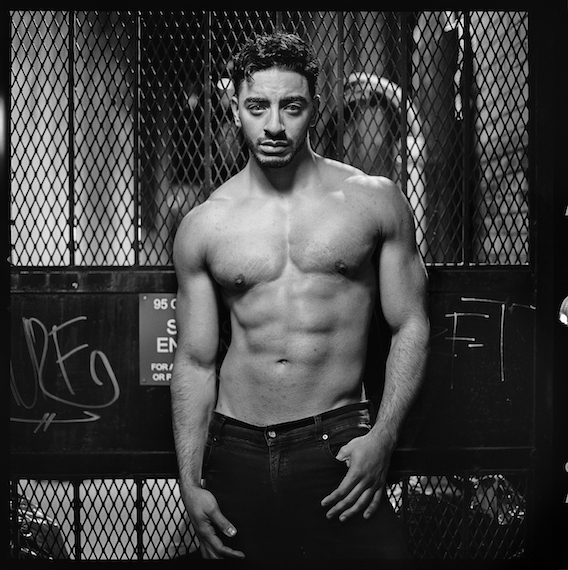 Throughout the book, Christopher Street is cited repeatedly as a sanctuary (albeit with its own risks and dangers). According to Carmen Carrera, "all roads led to Christopher Street," and Tony Zosherafatain writes, "I can't separate Christopher Street from my transition--they go hand in hand." As Mock reminds all of us in her closing peroration, "These are our streets, and these are our people. We will stand with them."

According to Seliger, whose other books include Listen and In My Stairwell, also published by Rizzoli, "As I began to talk about this project, I realize that everybody has a trans story, that being trans is something that affects all of us." Because, in the end, the pursuit is about happiness, as Mona Kis counsels in her bio alongside her portrait, "I encourage everyone to be creative with their transition...don't focus only on your appearance. Focus on your mind and your emotions...and just be as happy as you can be." 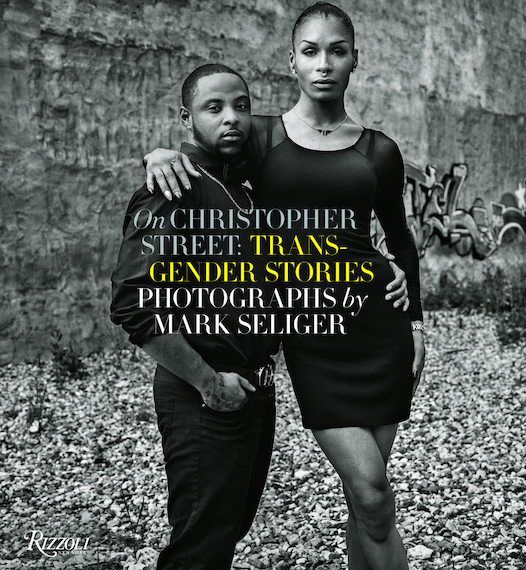 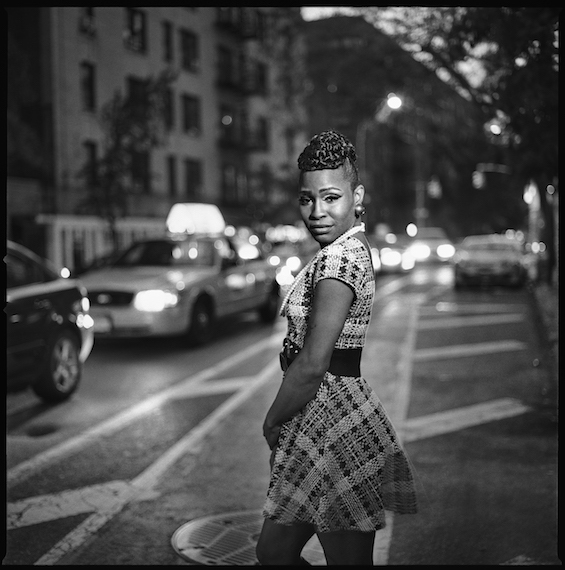