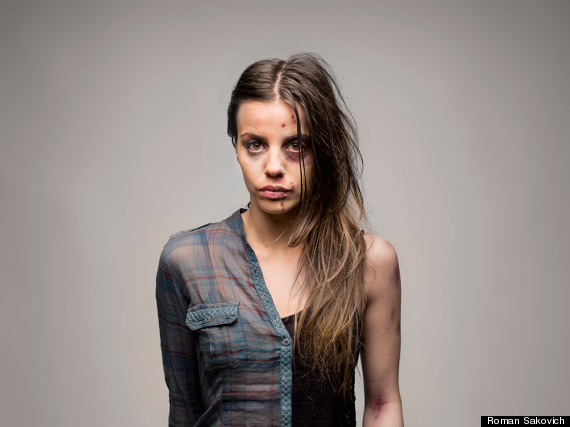 The above portrait is part of London-based photographer Roman Sakovich's project, "Half," which highlights the drastic physical effects of substance abuse. Sakovich has created split images that simultaneously portray an individual prior to and post addiction, leaving the viewer with a stark visualization of the damaging effects of drug use on our bodies.

The project was inspired in part by the experience of the artist's own friends, Sakovich stated in an e-mail interview with The Huffington Post. In the series, he specifically focused on the dramatic change in appearance that a person undergoes while addicted to crystal meth. By showing the before and after images of the individual in the same frame, the snapshots reveal the Jekyll and Hyde nature of the psychoactive drug.

If you think the series was just an example of photoshopping trickery -- you're wrong. The unsettling images were created using talented make-up artists and costume designers. "These photographs are not a merge of two images into one," Sakovich explained. "Instead I have used make up on one side of the face and kept [the] other side normal. With regards to styling, I tried to do everything in-camera rather than in post-production."

The results are certainly chilling. Scroll down for more images of his work and let us know what you think of the series in the comments section.