Once upon a time -- a long time ago -- photographers looked at the world directly through their cameras, clicked the shutter and, voilà, the image was born. Our understanding of the world has been very much shaped by such photographic images. But today, a number of the artists are looking at the world around them and instead of documenting it as it is, they do magic tricks. They're playing with the camera, then, are experimenting with the development of the prints in the dark room. The final image becomes a poetic, even philosophical reflection upon reality. 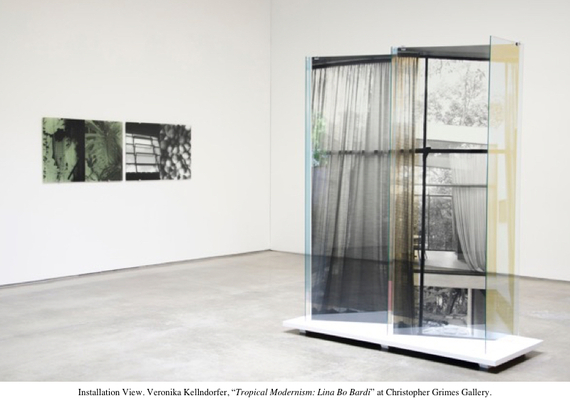 There are two exhibitions in the city right now that any lover of photography, in my opinion, should see. Christopher Grimes Gallery presents a new body of work by Veronika Kellndorfer, a Berlin-based artist who has been a big fan of modernist architecture in Southern California. In previous exhibitions with the gallery, she reflected on architectural landmarks here in the city. But this time around, her new body of work is a result of a trip to Brazil, where Veronika became inspired by the playfully Brutalist vision of Lina Bo Bardi, an Italian-born Brazilian architect. 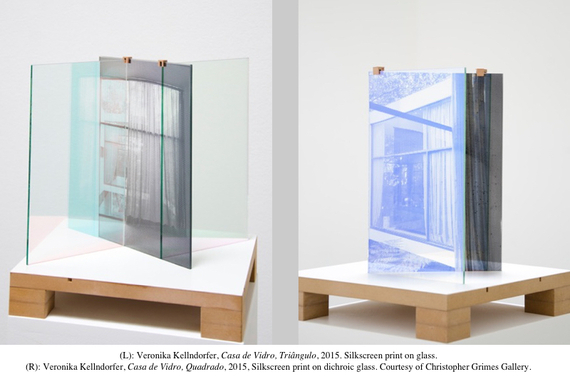 In her trademark style, Veronika silk-screens photographic images onto highly reflective glass panels. Some of the panels are arranged into freestanding, three-dimensional sculptures. Walking slowly around these sculptures, I encountered a strange phenomenon; as I circled around them, color shadows appeared and then disappeared. You should see it to believe it. Kindly, Veronika tried to explain to me the complex technique she used to achieve such an effect, but it was beyond my limited ability to understand. 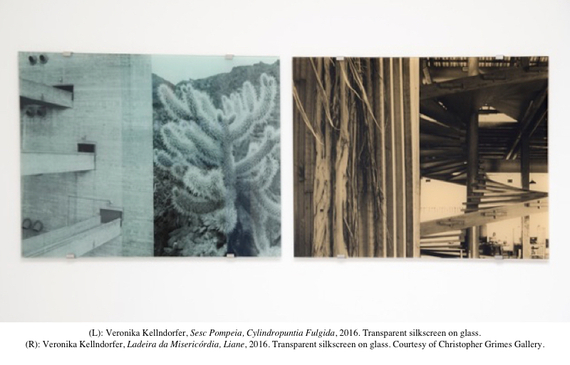 A number of the photographic glass panels in the exhibition are mounted directly on the walls, each representing a startling juxtaposition between modern architecture and various plant species flourishing in Brazil. And thus, Veronika Kellndorfer creates an artful tension between the man-made world and the divine world of nature. 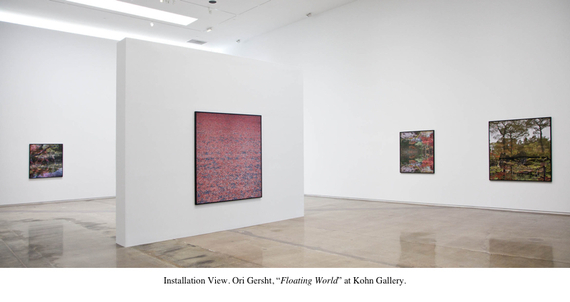 The exhibition by the London-based Israeli artist Ori Gersht at Kohn Gallery, Floating World, is focused on photographs that capture his fascination with the water reflections of ancient gardens in Buddhist Zen temples in Kyoto, Japan. 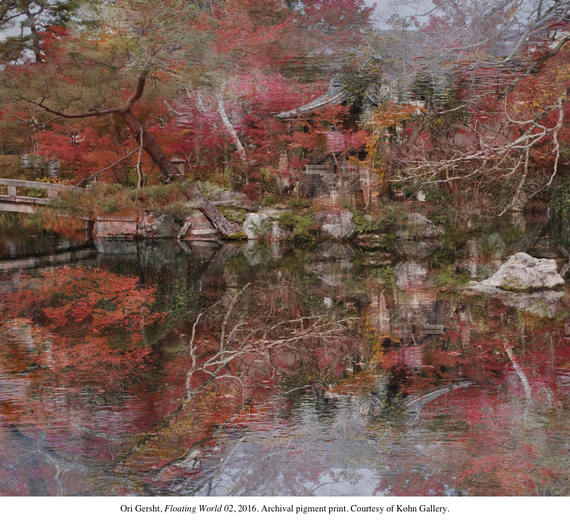 But it's not just what the artist captures with his camera. What matters is what he does with the images later, by "inverting his photographs and merging them with each other." 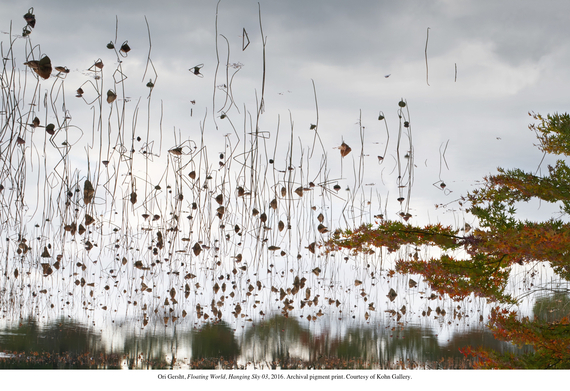 One stares at these images and slowly gets lost between "material and virtual realities." And at some point, looking at Gersht's photos, one experiences a sense of meditation akin to the actual visiting of one of these ancient gardens. 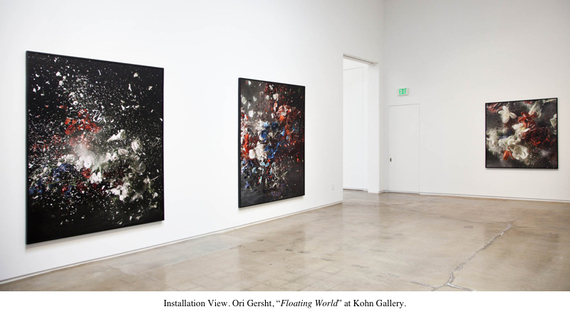 In the back rooms of the gallery, there are large photographs and videos that capture fascinating and violent images of flower compositions exploding in front of the camera. The inspiration for these flower arrangements comes from the floral paintings by the 17th century Flemish painter Jan Brueghel. All the above makes one think about our eternal search and need for beauty, which is so often accompanied by its violent destruction.