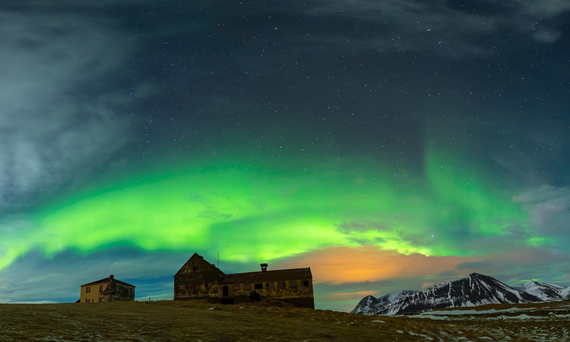 Prepare, before you leave home, to photograph the Northern Lights

When Blonde received a call, in early July, to go see the Northern Lights in Iceland in February, she immediately agreed and fantasized about how she would take amazing photos of the Northern Lights. She would become an admired and sought-after photographer, silencing any naysayers who may have criticized her throughout her life (she has kept track).

Not so fast, Blonde!

To capture envy-inducing (or even decent) photos of the Northern Lights you need to do several things to prepare. 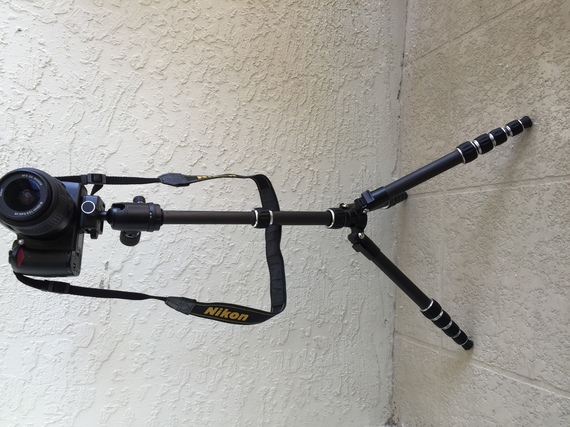 (No, I can't help with the fact that that picture is tired and insists on lying on its side.)

Necessary equipment to capture photos of the Northern Lights

For pictures of the Northern Lights you need to take a big girl (or boy) camera. Sorry, there isn't any getting around this. You must be able to have the shutter be open for a long time in order for the camera to capture enough light. According to our tour guides, people frequently go out with iPhones or point-and-click cameras. Those people invariably end up quite disappointed.

You must have a camera that can shoot in manual mode, a tripod for it, and a remote or delayed shutter. Having a wide-angle lens is a significant plus but not mandatory.

Here's hoping you're like Blonde and own an aging DSLR and you are willing to spring less than $100 for a lightweight tripod to take along. If you don't own and can't borrow such a set-up, you might want to rent the equipment you need and take it with you or ensure ahead of time that you can rent it at your destination.

Many people no longer carry any camera other than their phone. Higher level cameras are often point-and-clicks with some options but everything is really done automatically even though you select types of scenes, lighting, etc. Either the phone or point-and-click will serve you well in many situations but they will not work for photographing the Northern Lights.

How to get those photos of the Northern Lights 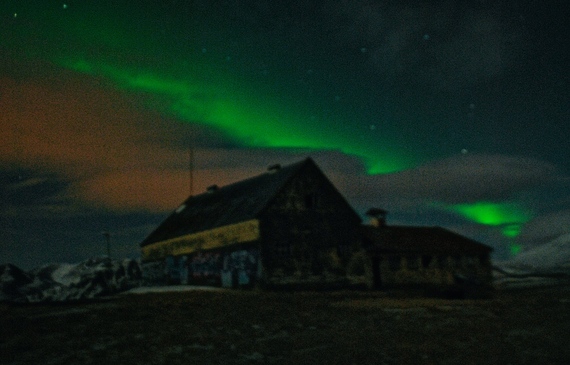 In order to stick with the originally stated goal of getting "amazing photos," you need to hire a guide and go out with as small a group as you can afford. Blonde paid $147 for the outing she did with ArcticShots and it was a bargain (don't tell them that). There's lots of stuff included with it, but the short version is; licensed tour guides, trained photographers, a maximum group size of four people, transportation to and from the hotel, a lot of good advice and hot chocolate with a little booze in it as a reward at the end of the outing.

You can find less expensive Northern Lights outings and some of those might be OK for experienced photographers. Otherwise they are what Blonde kindly calls "Bus and Dump" outings. A large tour bus full of people pulls into a field, people come spilling out holding their phones, try to take pictures and are amazed when they fail. They were not told the truth about equipment requirements or they were but were not given the individualized help that they needed. They get grumpy and sad and go back to their hotels and drink too much.

Don't let this happen to you. Do your homework on choosing a well-reviewed licensed guide that offers what you need. (If you still want to drink too much when you return to your hotel that isn't our concern here.)

Personally, if I'm going to almost literally freeze my ass off for hours late at night in a field in Iceland, I need to come back with a picture I like. (Regrettably the ass did not fall off.)

Be strategic when scheduling your Northern Lights photography outing 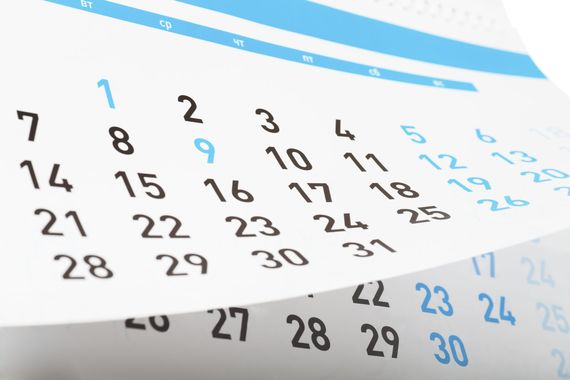 It's probably time to tell you a little more bad news. No matter what tourism boards have given you the impression that you can go to Norway, Iceland, Greenland or wherever and look up into the sky and see spectacular Northern Lights with your naked eyes, it most likely isn't true.

Take a moment to grieve, be angry, refuse to believe it or do whatever you need to do at this point.

This news ranks up there with finding out that Santa Claus doesn't exist.

Can it happen that you will just see them? Yes, it can, and both Blonde and Brunette have in the long ago past in both the U.S. and Canada. But it's a rare occurrence and absolutely cannot be counted on. That's why you need the proper equipment and to go on the best day with the best help. (And also to plan other activities that will provide good memories in case you don't get to see the Northern Lights.)

Technically the Northern Lights are out all year long at night (Iceland does not have night in the summer so their season is from September 1st to April 15th). This means you should schedule your outing for as early in your trip as you can and be willing to change your plans quickly and go on another night if necessary.

Blonde had her outing scheduled for February 17 primarily because that fit her social schedule. (Insert guffaw here.) She went out on the 14th because the guides (who have scientific information along with tons of experience) told her that was going to be the better night. They told her that a few hours before going so she adjusted her plans and went. You cannot count on there being another or a better night.

The reputable companies will recommend you give them a range of dates when you can be available and if a trip doesn't happen because there isn't enough light activity while you're there, they'll refund your money. The more dates you give them, the better your odds.

Going out on your own to photograph the Northern Lights 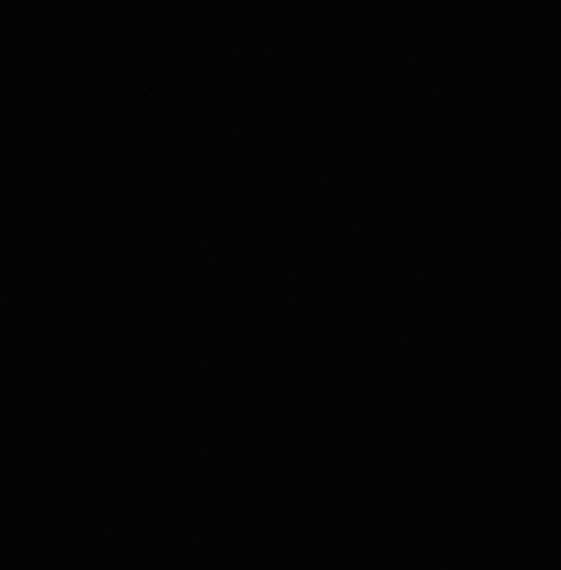 At one point prior to the trip, Blonde thought she and her friends could rent a car for an evening and go out (where wasn't something she had considered) and take our own photos. This plan died a mercifully quick death due to total lack of enthusiasm from the fellow travelerettes, no idea of where to go and no idea how to take decent pictures without help. Details.

However, this may seem like a good option to experienced photographers. The problem is that because you can't see the lights with your naked eyes (in the vast majority of cases) you won't know where to go. The night our group went out, we could not see the lights you see in the photos. It took the camera's ability to capture the light with the shutter on a long exposure to make the light visible.

Local guides know the area well and have done research on where the best spots are to see the lights depending on cloud cover that night and other conditions. Benefit from their expertise.

You can always lie when you come home and say you did it without help but at least it won't look like what would have actually resulted (nothing) if you had done it on your own!

One final note so you don't perish photographing the Northern Lights 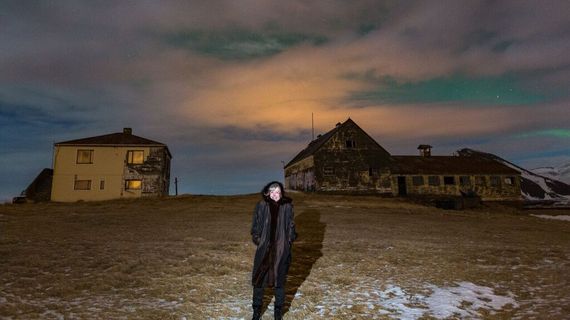 Wear your warmest pants, socks, boots, gloves, hat, coat, scarf and anything else you can pile on. It's bone and even flab-chillingly cold standing in a field for hours at night in Iceland in the winter. (Didn't expect that!)

Yes, shrinkage is even involved. Blonde is usually a tall, broad, imposing person but the cold (and her inability to resize a photograph) made her shrivel to a fragment of her usual self.

Shrinkage matters. Only you can prevent shrinkage. 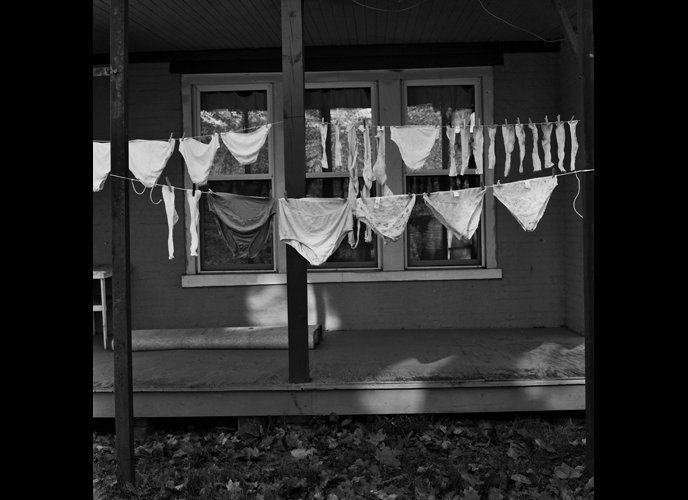