Red hair is usually the result of a mutation in a gene called MC1R, also known as a melanocortin 1 receptor. Normally, when activated by a certain hormone, MC1R sparks a series of signals that leads to the production of brown or black pigment. Yet, in cases when both parents are carriers of the recessive MC1R gene and said receptor is mutated or antagonized, it fails to turn hair darker, resulting instead in a beautifully fiery buildup of red pigment.

As previously estimated by BBC News, between one and two percent of the world's population -- or 70 to 140 million people -- are redheads. In Scotland and Ireland, around 35 percent of the population carry the recessive gene that yields crimson locks, and the redhead count is around 10 percent. As such, the word ginger often calls to mind visions of Celtic-Germanic attributes -- namely, pale, white skin.

White skin and red hair may constitute the stereotypical image of a redhead, but it's by no means a comprehensive one. French-born, London-based photographer Michelle Marshall is documenting the stunningly diverse manifestations of the MC1R gene, particularly in people of color.

"I am currently interested in documenting the incidents of the MC1R gene variant responsible for red hair and freckles, particularly amongst black and mixed raced individuals of all ages," Marshall wrote in an email to The Huffington Post.

"I want to stir the perception that most of us have of a ‘ginger' as a white caucasian individual, potentially of Celtic descent ... As we struggle with issues of immigration, discrimination and racial prejudice, Mother Nature, meanwhile, follows its own course, embracing society’s plurality and, in the process, shaking up our perceptions about origins, ethnicity and identity."

Marshall originally devised the project, which she referred to as a "visual census," to document different manifestations of freckles. Eventually, she refined the project, embarking on a mission to document as many Afro-Caribbean redheads as possible. All of Marshall's subjects thus far have been complete strangers who she has discovered through social media, word of mouth or running into each other on the streets.

The close-up portraits document every freckle and stray hair, with every image, expanding the dominant, narrow understanding of what redheads can and should look like.

The photographs and their subjects are undeniably stunning. However, the enchanting appeal of the images has its drawbacks. "A beautiful picture doesn't always relate what it's like to be different," Marshall said in an interview with Vice. "There's a flipside to being different: it's not always accepted. Beautiful photography serves one purpose, but in the context of daily life people may not have that reaction."

Model Natasha Culzac, who covered Marshall's project in Vice and posed for the photograph above, shared her personal experience growing up with red hair and dark skin.

"For me, growing up tall, mixed-raced, with thick, frizzy ginger hair, in a predominantly white, working-class seaside town was not the ticket. At 13 years old I was buying skin whitening cream from Boots to pulverize the freckles and at 14, during my Slipknot phase at the turn of the millennium, was violently straightening my newly-dyed black hair. Now, though, I couldn't care less and relish being unique."

Categorizations fall short. Stereotypes disappoint. Difference is beautiful. There is a lot to learn from Marshall's striking portraits, if we could only stop staring at them. 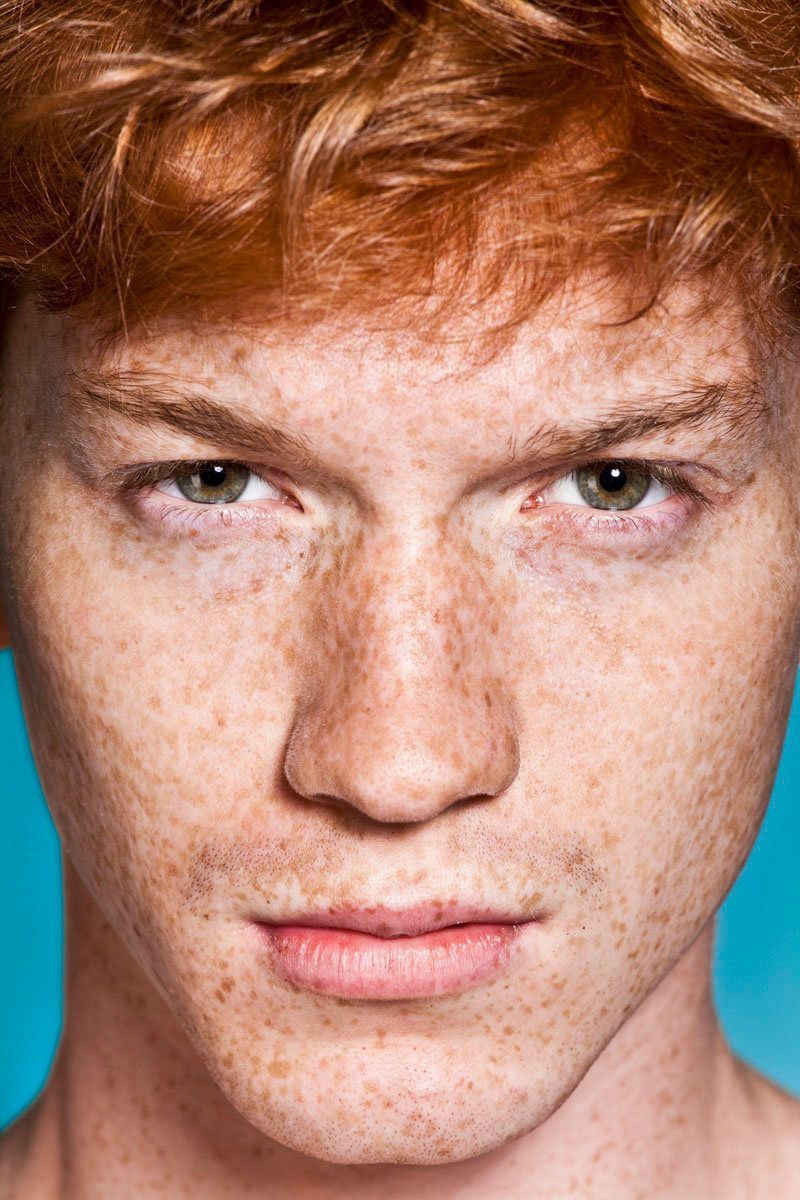