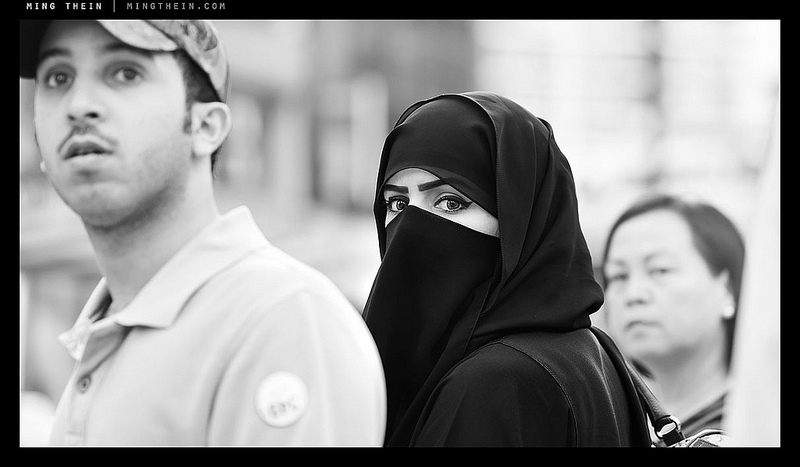 This is one of my more successful recent images: on Flickr alone, 2,500+ views and 125 favorites: but why? After this pair of articles, I think all will be clear.

Today's article is one I've wanted to write for a very, very long time. Such a long time, in fact, that it's taken me several months to condense my thoughts into some semblance of order. I'm going to start with a question: how many times have you seen an image that provokes an unexpectedly strong emotional response in you -- either good or bad -- and you haven't been able to figure out why? How many times have you looked at the work of a photographer and thought -- not only is there something remarkably consistent about his or her style that makes the creator instantly identifiable, but also makes me as the viewer feel a certain way? Wonder no longer. As ever, these articles are written to first and foremost, make us think a bit more about why we shoot the way we do, and in doing so, hopefully become much better photographers. We all have the tendency to get caught up in the technical side, the equipment, and lose sight of the end objective: the images.

As is typical with these kinds of articles, we're going to have to start by challenging a few preconceptions and redefining some things so we all start off on the same page. Firstly, photography. At a technical level, it may be about the instantaneous translation of a three-dimensional scene into a two-dimensional image according to the reflected luminance levels of the objects in the scene. But that's a very cold way of looking at things; it's the kind of way that inevitably results in feelings of inferiority, expensive credit card bills and slight buyers' remorse after trying to figure out where to hide all of those now-empty boxes. In a previous exploration of clarity, I -- and a huge number of contributors below the line -- tried to figure out what it is -- if anything -- that's missing from an image which limits it from more accurately representing the feeling of actually being there. The conclusion was of course that it probably wasn't technical; there's of course a good portion that's limited by the display medium; and an equally good portion that's just a fundamental restriction of the medium itself. 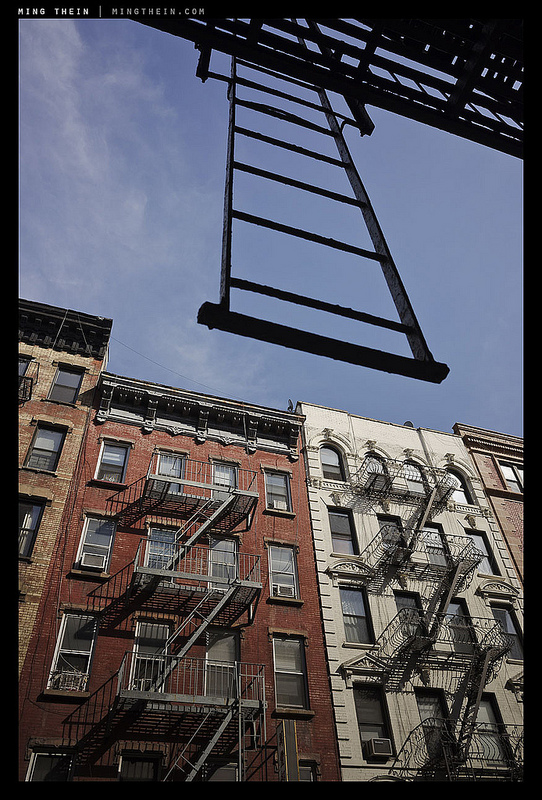 Abstraction: or not? Ladders are almost common-consciousness. Repetition of them throughout the frame is entirely intentional. Is there a message here? Escape!

We can use the restrictions of the medium itself to focus the attention of the viewer on the story we want to tell; I plan to explore these limitations and strengths further in a future article. However, the real nugget you should be taking away from that sentence is that photography is fundamentally a relationship between the photographer and the viewer. Nothing more, nothing less. At its core, a successful image is about communication: it must tell the viewer the photographers' intended story, through an entirely and solely visual means of communication. Forget captions and titles, they inevitably get orphaned from their parent images, and thus an image must be strong enough to stand on its own and clear enough to tell the intended story without the support of text. Even more importantly, the visual portion has much more immediate impact than the text -- simply because text requires conscious processing; images don't. (And what if your audience doesn't read that language?)

A strong image has to tell a story: that's secondary evidence of the viewer being able to make some inferences from the visual cues they are being presented with by the photographer. (Whether these are correct or not is another question). Each visual element, or subject, in the frame, is something that has an implied relationship with other subjects in the frame; the depth/complexity/closeness of that relationship is something that is implied by the physical proximity of the objects and other visual similarities like luminance, color, texture, etc.; for instance, if two things look effectively identical, we assume they are from the same source. The photographer's job is to control the relationship -- or rather implied relationship --- between these objects by means of light, composition and perspective -- so that the viewer forms the right conclusions.

Use of perspective is a good example of this: I always emphasize that perspective (relative size relationship between foreground and background objects) must be chosen before focal length; this is so that the prominence of the main subject relative to the background context is a conscious choice, not an accidental coincidence. This is very important, since it's effectively the only control a photographer has over 'perceived importance' of an object in a scene; empty foregrounds in wide-angle shots are a sign that there'snothing of any particular importance -- which is why such image structures are to be assiduously avoided. 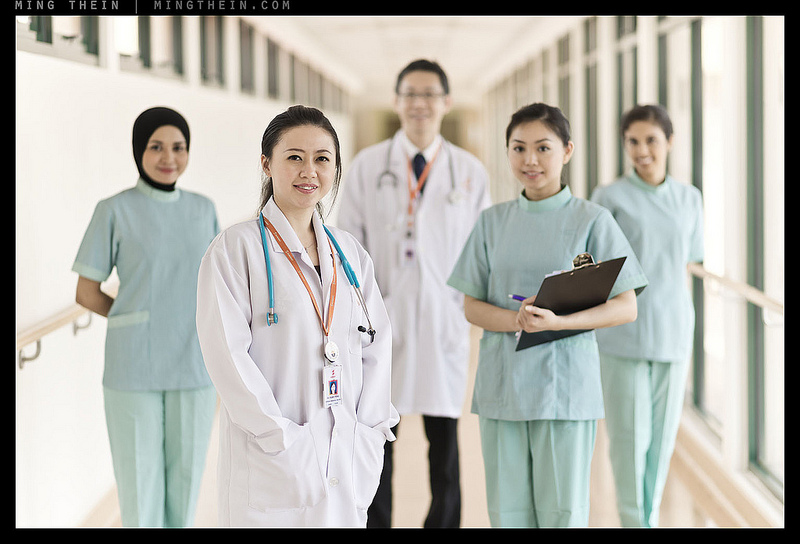 Why does an image like this imply trust, professionalism and cleanliness?

The image-making and compositional process is itself not simple; I spent some time figuring out and decomposing what makes an outstanding image to try and quantify this. Of course, what it doesn't cover is the emotional response in the viewer: that's not something you can easily quantify. Yet, all of the strongest -- best is a question of personal preference and aesthetics -- images have this property in common; as a viewer, you feel something when you view them. Even assuming you can cover all of the technical and aesthetic bases, your image might not elicit an emotional response in your audience; as a result, the photograph feels flat and lifeless.

Here's another connection: emotion = life = association = impact. Specifically, if you feel something on viewing an image, it feels alive or speaks to you; it does this simply because there is some sort of conscious or subconscious association you make between the image and your mental bank of experiences, feelings and visual memories. In turn, there is a sense of connection with the image, and because an associative mnemonic already exists in your brain, the image lodges itself in your consciousness. Since it makes you think about it, the impact is there. Simple, right?

Yes and no. There are a lot of assumptions and leaps of faith here: firstly, the photographer's plane of reference is going to be different to the viewer's; just how different will affect the success of the image hugely. There has to be enough overlap for the viewer to be able to find something familiar in the image, otherwise no associations can be formed; if no associations are formed, the impact never hits. Overlapping planes of reference are very important for documentary, photojournalism and reportage: simply because the story is often of primary importance over the aesthetics of the composition. A wedding is a good example: if it's your wedding, no matter how bad (or good) the images are, there are a lot more associative memories to go with the images than if it's a wedding of people you don't know. The same goes for news reporting: there have to be enough visual cues that the viewer can at least figure out the context, if not the whole story. And the more unusual the event, the further removed it is from the collective consciousness, making it increasingly difficult to visually codify in an effective manner. 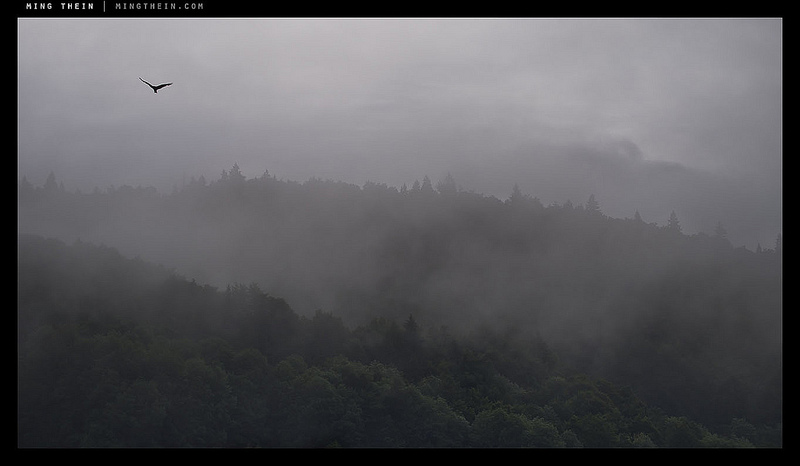 What feelings or memories does this image invoke? Why?

Residing on the other end of the continuum is fine art and abstract photography - here, the context is almost completely irrelevant, and the emphasis rests entirely on the visual aesthetics of the work. In fact, the success of an abstract photograph relies entirely on the fact that the planes of reference are so far removed that the viewer can't immediately identify the subject at all, or the contextual elements in the image appear at first to have no relationship with each other at all: there is no common ground whatsoever. Don't be fooled, though: this type of photography is no easier to successfully execute than reportage; it just has a different set of challenges.

The majority of photography falls somewhere in the middle, though; and all images are more successful if the aesthetics work, too. I keep referencing the cinematic style and cinema itself as a good example of a balance between subject, story and context; the simple reason is because in such an environment, everything is a conscious choice. It has to be, because the environments are all imagined, built and staged precisely to tell the story; no object placement or light is accidental or coincidental. (I suppose part of this is due to the budgets involved: the more money being thrown at something, the more effort is put in simply because there's far more at stake if something goes wrong.) Cinema actually goes so far as to control the perception of the viewer in very careful, subtle ways: your attention is drawn to certain parts of the frame by virtue of framing, lighting or color; this is all the more obvious if you try to look for mistakes: there may be poor editing and aesthetic/ compositional disagreements, but for the most part, your eyes are drawn precisely where the director intended.

Part two of this article will continue with an exploration of how we view images.

Ming Thein is a photographer and writer who blogs at blog.mingthein.com, where this post first appeared.