With an economy that has basically stood still for more than half a century, it's often difficult to tell the difference between a present-day photo of Cuba and one that is decades old.

At least on the surface, the communist nation has changed little since the U.S. first levied sanctions against it in 1960, sanctions that will soon be eased, President Barack Obama announced this week. Its economy stagnated by communist polices and largely isolated from the rest of the world, Cuba has turned into a kind of time capsule of a bygone era.

Other nations have invested in Cuba, but that hasn't been to bring the nation fully into the 21st Century. The infrastructure of the capital city of Havana is underdeveloped. Cubans still primarily work traditional jobs, such as farming and fishing. The 1950s-era automobiles on which many Cubans rely have become an icon of the culture there.

To sustain its economy, Cuba has had to rely on dwindling subsidies from benefactors such as Russia and Venezuela. Currently, gross national income per person is just $5,890, a tenth of of United States, ranking it behind Turkmenistan and Gabon in Africa, The Wall Street Journal notes. The average standard of living in Cuba remains below what it was before the collapse of the Soviet Union, according to the CIA.

But with relations resuming with the U.S., Cuba may have a better chance of catching up to the rest of the world -- although we'd probably miss all those classic cars.

Here's a look at how little Cuba's economy has changed since the 1960s:

PHOTO GALLERY
More Photos Of Cuba's Economy Through The Years
Download
Calling all HuffPost superfans!
Sign up for membership to become a founding member and help shape HuffPost's next chapter
Join HuffPost 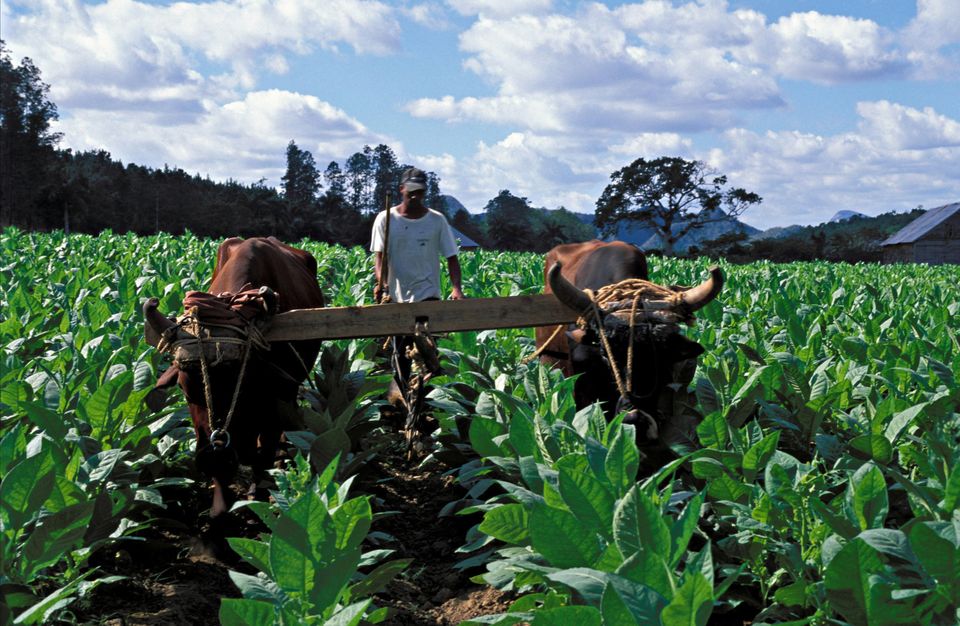