WASHINGTON -- Let the Apple comparisons begin. Thursday morning, a swell of PC-enthusiasts gathered at the opening of Microsoft's newest retail store at Tysons Corner Center, which brings the total number of such stores to 14. It's the first in the D.C. area.

Thursday night, Orioles legend Cal Ripken Jr. is scheduled swing by the space to challenge fans to games of Kinect for Xbox 360. On Saturday, Joe Jonas will play a concert in the parking lot outside the store. Find out how to get tickets here.

Patch broke down some basic info about the store, including some distinctions that make it different from its direct competitor:

No, it's not near the Apple store. Major difference between the two: Apple sells only Apple.

Microsoft, on the other hand, sells a range of products that they don't manufacture, like computers. Those computers, of course, run on Microsoft's operating system.

Apple's location in Tysons Corner Center opened in 2001, one of nine stores in the D.C. Area. In July, Microsoft announced plans to open 75 more stores in the next two to three years.

Take a look at Microsoft's new digs below. Do you think it looks anything like an Apple store? 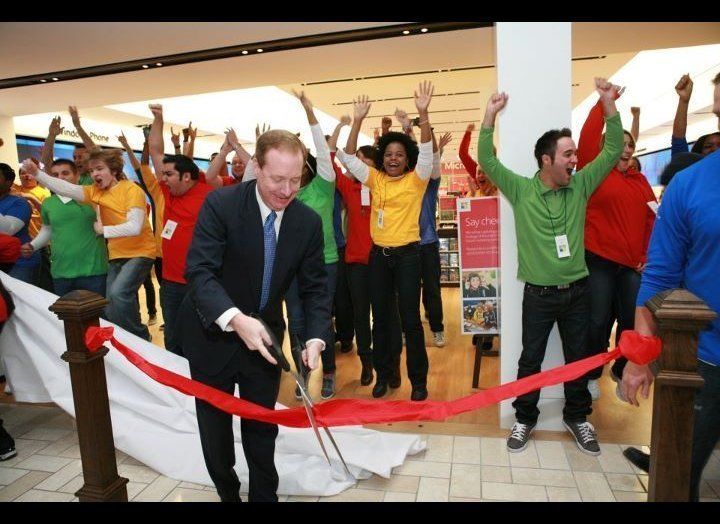