Cameras, television and the internet: All of these have changed the way war is waged. These technologies are indirectly responsible for civilian loss of life in Gaza, as Hamas drags mothers with babies to rocket launching sites. They know that photos of the inevitable carnage will appear on the international news; that people will see these actions of the IDF as deliberate and become enraged.

Israel is not media savvy--we have installed warning systems and bomb shelters. When a Hamas rocket hit a kindergarten in Beersheva last week, no children were killed, because they had already been herded into a bomb shelter. No casualties means no photos, which means that the incident wasn't even covered by the media.

Worse yet, we haven't publicized explicit photos of our own victims over the years--blood, severed limbs and all. I think it has something to do with respect for the dead. One thing is certain: It's not working for us on the world stage.

A friend of my husband who is in an elite unit in the army was once telling a story that happened to begin with, "It was after we had stopped a suicide bomber--"

And I broke in with, "You what? How often does that happen?"

My husband's friend looked at me quizzically. "It happens all the time," he said, as if that were obvious. "It just doesn't make the news if they don't manage to get through."

It doesn't make the news. And then we wonder why checkpoints and barriers are deemed inhumane by the international community. Israel doesn't tell the whole story--not even to its own people. Until that night in our living room, I had no idea that suicide bombers are constantly trying to slip through the checkpoints into populated areas.

Living in a media-dependent world, where sensational images are thought to tell the whole truth, can be draining to one's soul. I see the PR war that is being waged and I feel helpless, and so sad. Sad for Gazan civilians being used as human shields, sad for the traumatized children of southern Israel, and saddest of all for the 21 year-old IDF soldier who died protecting us yesterday. If not for him and others like him, I would not be sitting in a café in downtown Jerusalem right now, typing these words.

I think it's a pity that only successful attacks, only death and destruction, are considered newsworthy. The following images of IDF soldiers in the West Bank and Samaria have probably never appeared in the news. When I see these photos, I feel hope in my heart that peace is possible. On a day like today, when hope is in such short supply, that in itself is worth a thousand words. 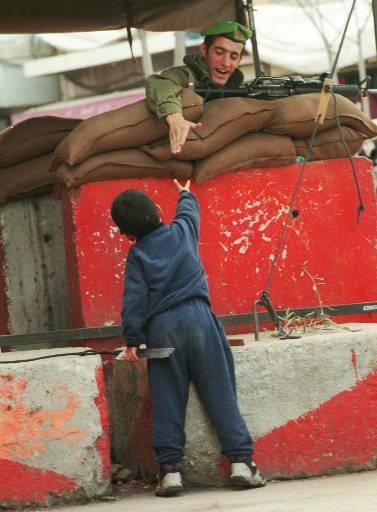 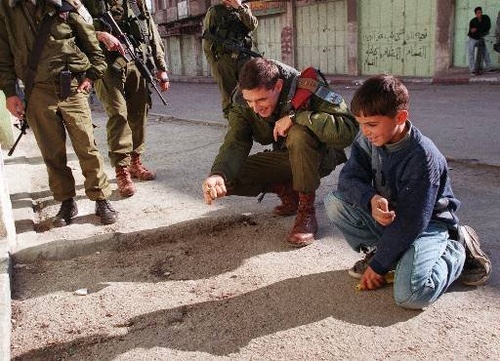 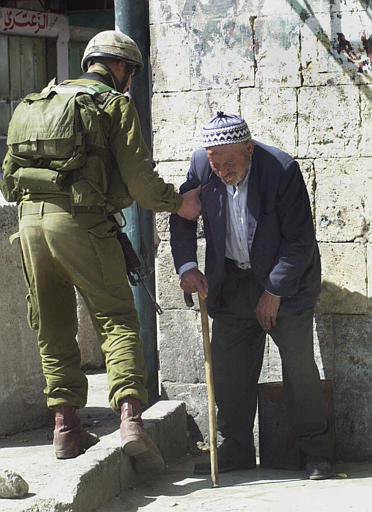 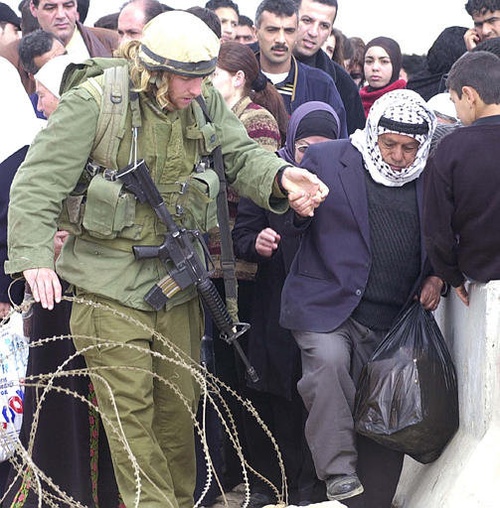 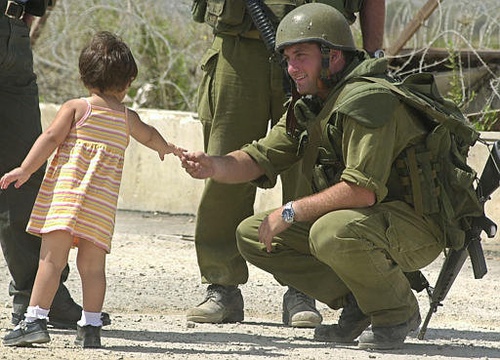