On September 29th, Steve Jensen, a farmer in northwest North Dakota, discovered crude oil "spewing and bubbling 6 inches high" out on his field while he was harvesting wheat. The spewing oil came from a break in Tesoro Corporation's underground pipeline which carries crude oil from Bakken shale formation (fracking for oil) to Columbus, North Dakota. By the time clean up crews made it out to Jensen's field, over 20,000 barrels of oil had spilled, making this one of the largest spills in state history.

It took nearly two weeks after Jensen first reported the spill for the state to finally make the news public, and as you can see from the exclusive Greenpeace photos below, the damage is extensive.

North Dakota and Bakken have become coveted areas for oil executives bent on getting the most extreme and remote fossil fuels out of the ground now that the "easy" reserves are on the decline. As we saw in Mayflower, Arkansas earlier this year, pipelines spill, and so as long as we let oil companies keep us locked into these forms of extreme fossil fuels, we'll continue to see spills like these. 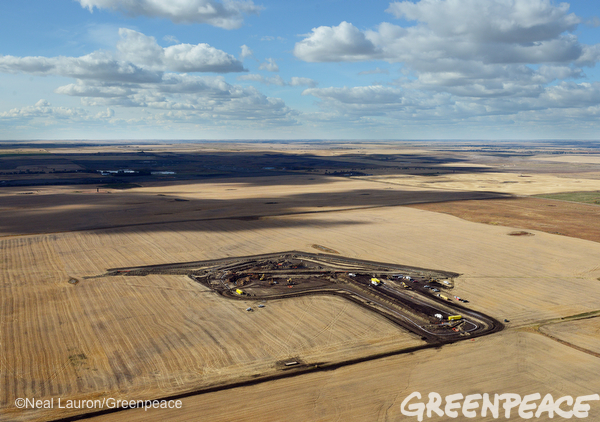 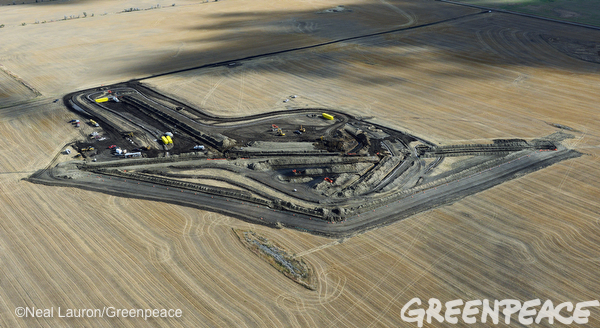 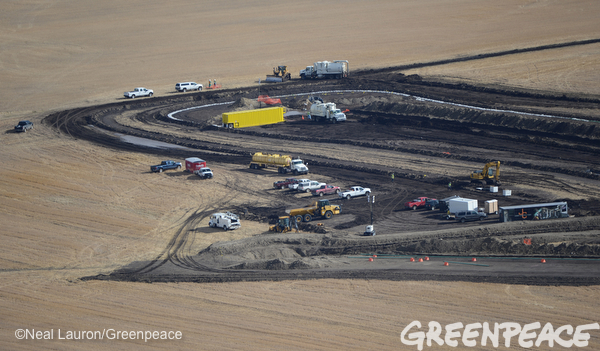 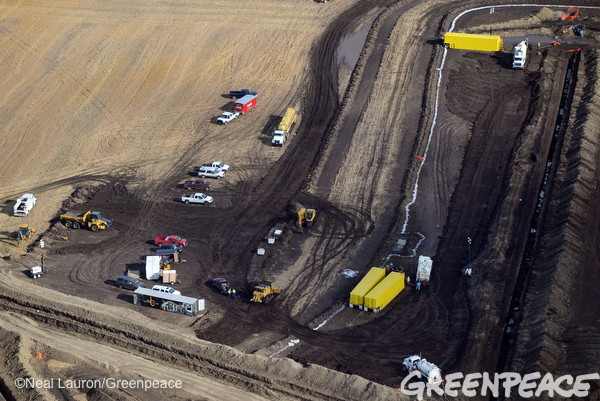 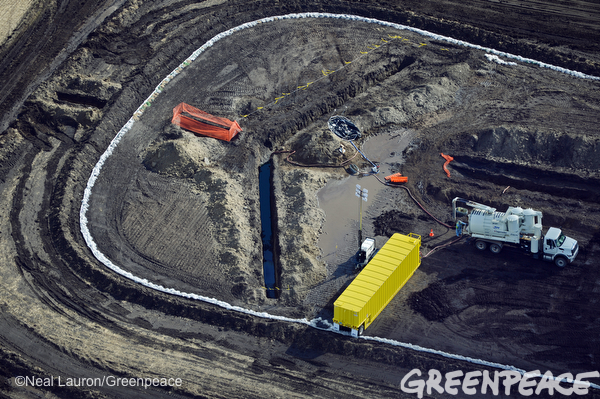 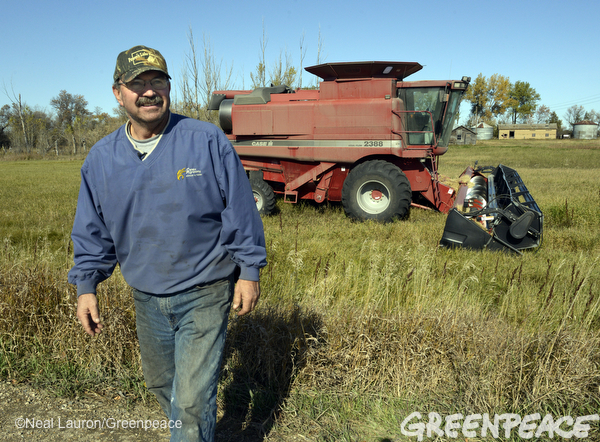