The images from Barack Obama's trip abroad have been, one might say, picture perfect. From the stern shot of Obama with Gen. David Petraeus to the somber photos from Israel's Holocaust Museum, one guesses that Obama's campaign couldn't be more pleased.

As for John McCain -- well, that's another story:

McCain in a golf cart with George H. W. Bush at Walker's Point in Kennebunkport, Maine: 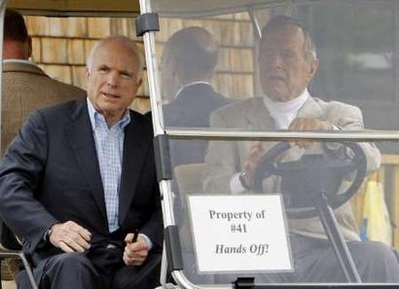 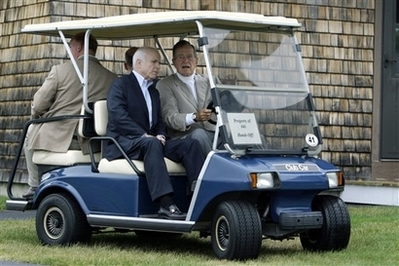 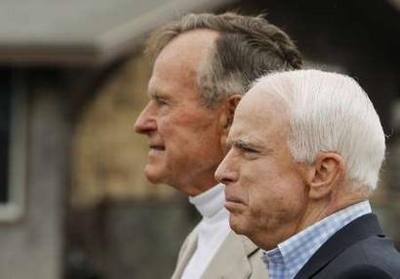 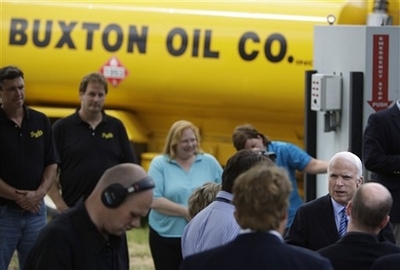 McCain takes questions from reporters about a range of domestic and foreign policy issues -- in front of an aisle of cheese: 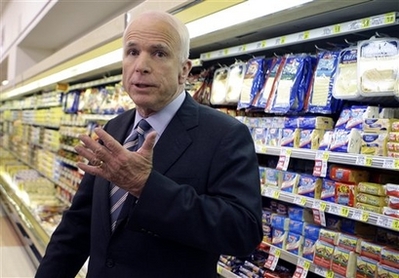 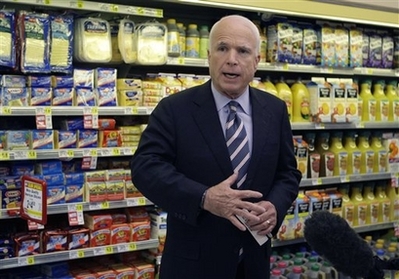 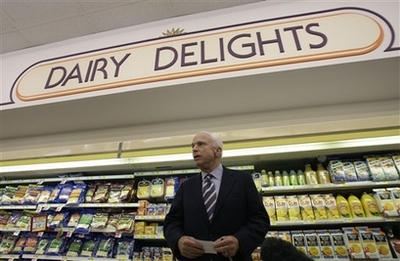 Then, via Jed Report, McCain holds an event in Wilkes-Barre, Pennsylvania, and 900 of the 1600 seats in the auditorium remain empty: 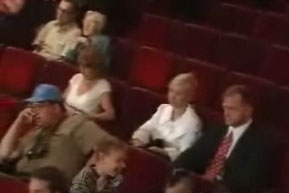