From the highways of Los Angeles to the Citarum River of Bandung, Indonesia, earth's most polluted city of Linfen, China to the streets of London, the world is laden with man-made pollution. Chemical, air, water and oil pollution ruin the environment, cause premature deaths, spoil the world's resources and worsen climate change.

As the world's population soars to nearly 7 billion, we here at HuffPost Green decided to take a virtual tour of some of the world's most polluted places. Check out our slideshow of nine places that top lists for pollution both nationally and sometimes throughout the whole world. Find out which city's death rate surpasses its birth rate by 260 percent. Or which city has 50,000 people die prematurely each year due to man-made air pollution. As always, we want to hear from you. Tell us what you think in the comments.

PHOTO GALLERY
PHOTOS: California, The Andes, China, And 6 More Of The Most Polluted Places In The World

MORE:
Check the state of your air with the American Lung Association's interactive map. 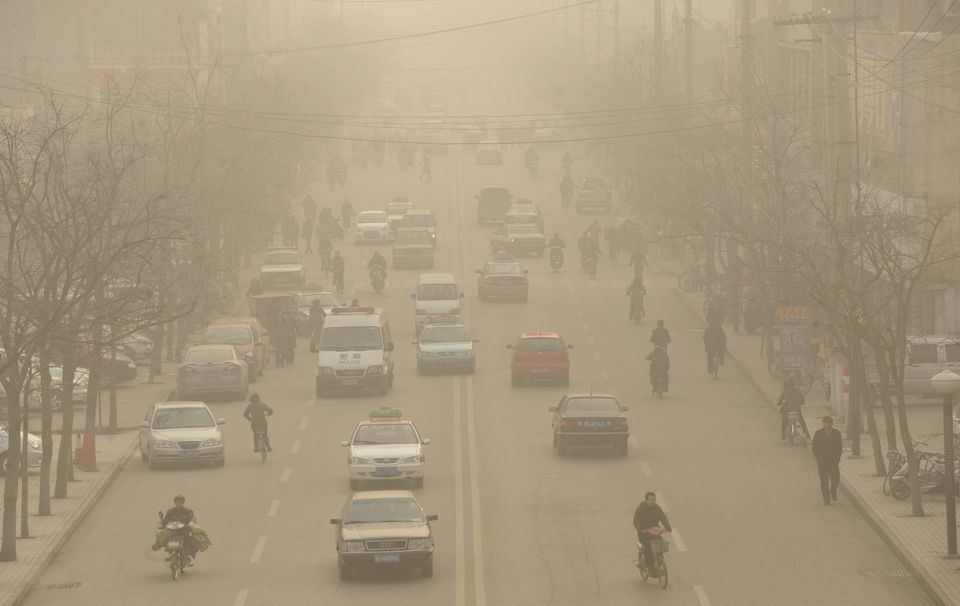 1 / 9
Linfen, China
Linfen, China is the most polluted city on earth. According to <a href=" http://www.thedailygreen.com/environmental-news/community-news/china-pollution-88081801?click=main_sr " target="_hplink">The Daily Green</a>, if one puts laundry out to dry, it will turn black before finishing drying. Located in China's coal belt, spending one day in Linfen is equivalent to smoking <a href="http://www.vbs.tv/watch/toxic/toxic-linfen-china" target="_hplink">three packs of cigarettes</a>. 3 million people are affected by <a href="http://www.time.com/time/specials/2007/article/0,28804,1661031_1661028_1661016,00.html" target="_hplink">Linfen</a>'s coal and particulates pollution, which is residue from automobile and industrial emissions.
Getty