WASHINGTON -- The official Inauguration merchandise store opened Friday, complete with T-shirts, tote bags and a variety of buttons that bordered on the ridiculous.

D.C.'s Ballou Senior High School Marching Band performed at the store opening, and the Washington Nationals’ own President Lincoln mascot was in attendance to high-five passersby.

Among the store's merchandise were shirts, baseball hats, tote bags, blankets, picture frames, and shot glasses. There was also an assortment of commemorative buttons that targeted eerily specific groups such as "Kayakers for Obama," "Realtors for Obama," "Beach Bums for Obama" and, inexplicably, "Pearl Divers for Obama."

Lydia Greene, a human resources intern for the National Institutes of Health, bought a beanie in preparation for the cold weather predicted for Inauguration Day. She said she found the Inauguration store near Metro Center by accident.

“I actually stumbled upon it, so I figured I might as well come in today and spend my money a little bit,” she said.

The store, located at 1155 F St. NW, will remain open until Jan. 24. Official merchandise will also be sold at the Walter E. Washington Convention Center and hotels around the city.

If you can’t make it to the physical store, you can shop online at store.2013pic.org.

Check out more photos from the store below ...

Emma Roller
On Assignment For HuffPost
Suggest a correction 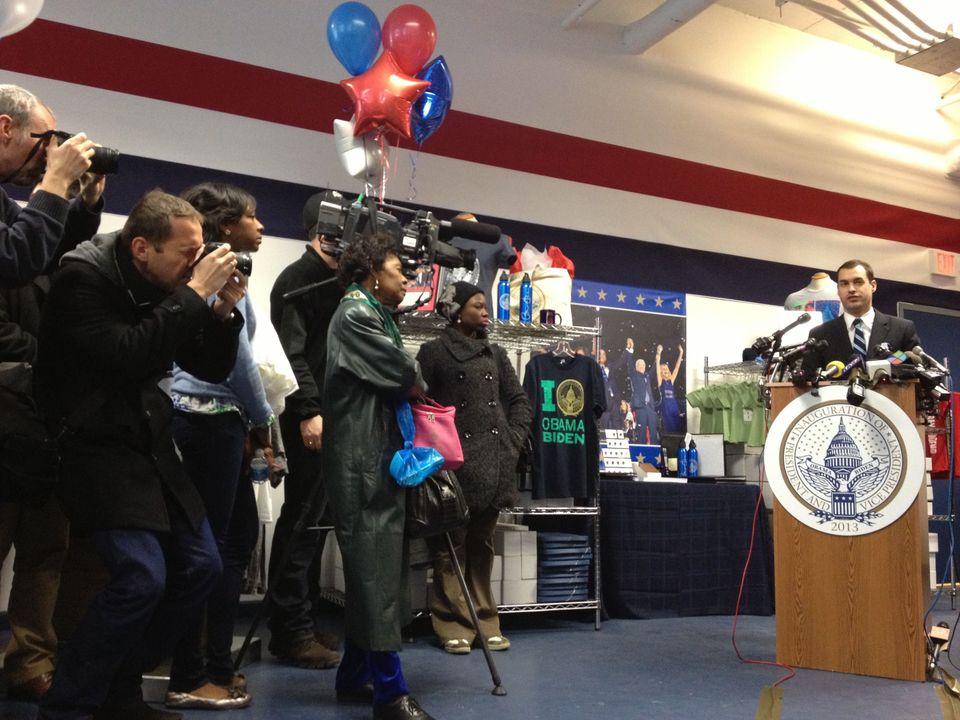