In "Drive," his stylized romance neo-noir that hits theaters this weekend, Ryan Gosling finds himself caught up in a botched mafia deal, playing the getaway driver that has to get away from trouble, himself. In the movie he filmed this summer, "The Place Beyond the Pines," he plays a motorcycle stuntman who finds himself entangled with crime. The funny thing is, as he proved last month with his heroic painting fight breakup, he's a stand up kind of guy -- and so it should come as a relief to his legion of lady fans that, in the movie he's now filming, he's shifted over to playing the good guy.

The Oscar-nominee, who also leads the line in the upcoming "The Ides of March," is working on the set of "The Gangster Squad," the true story of the police team that tried to bring down notorious mobster Mickey Cohen. Set in the 1940s, Gosling plays LAPD officer Jerry Wooters, with Josh Brolin taking on the role of his partner, John O'Mara. Sean Penn is the villain in this one, slipping into the notorious skin of the feared mob boss Cohen.

Emma Stone will once again play Gosling's love interest; the two paired up in this summer's "Crazy, Stupid, Love." and will now be tempted into a dangerous potential romance in this period drama. The film also reunites Stone with her "Zombieland" director, Ruben Fleischer, who is coming off this summer's comedy, "30 Minutes or Less." 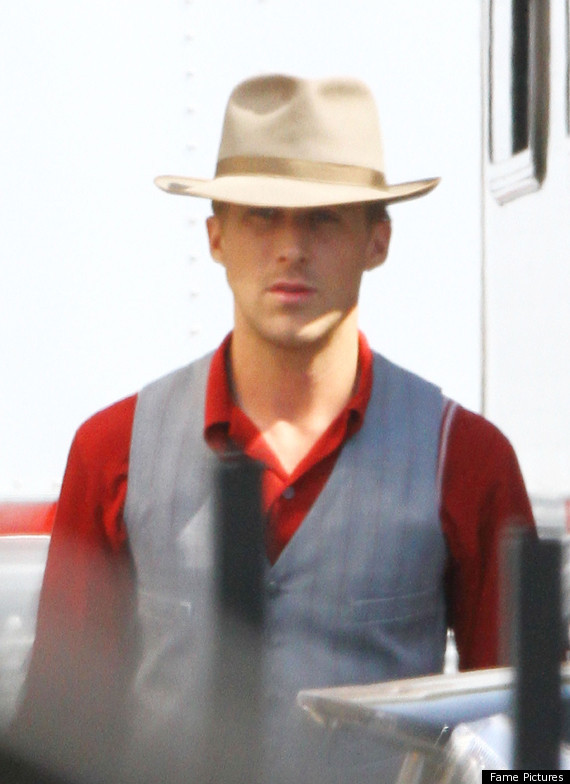 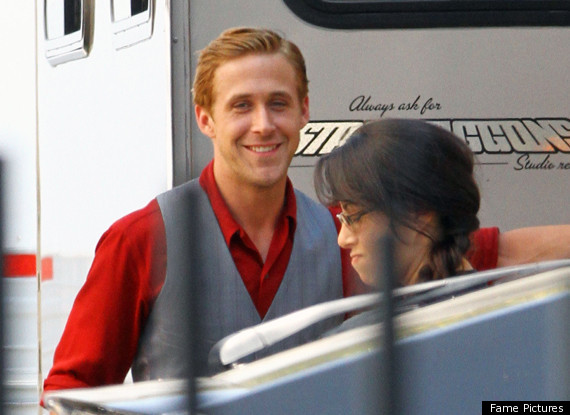