A rare book up for auction this week has revealed haunting images of 19th century London, each demonstrating the squalor and hardship of the metropole's streets.

John Thompson, a then-famous photographer who traveled Asia in the years leading up to the collection, took the photos upon his return to London between 1876 and 1877. He teamed with socialist journalist Adolphe Smith to photograph London's streets and their poverty.

As the Guardian notes, the authors intended at the time to "bring before the public some account of the present condition of the London street folk, and to supply a series of faithful pictures of the people themselves."

Parts of "Street Life In London" were published monthly, but an anthology copy of the work up for auction on Thursday at Dominic Winters is estimated to fetch between $6,400 and $9,600. 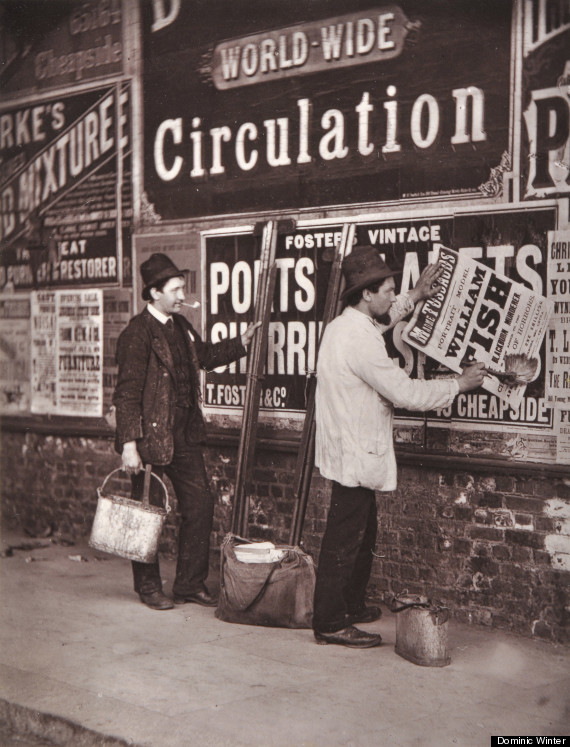 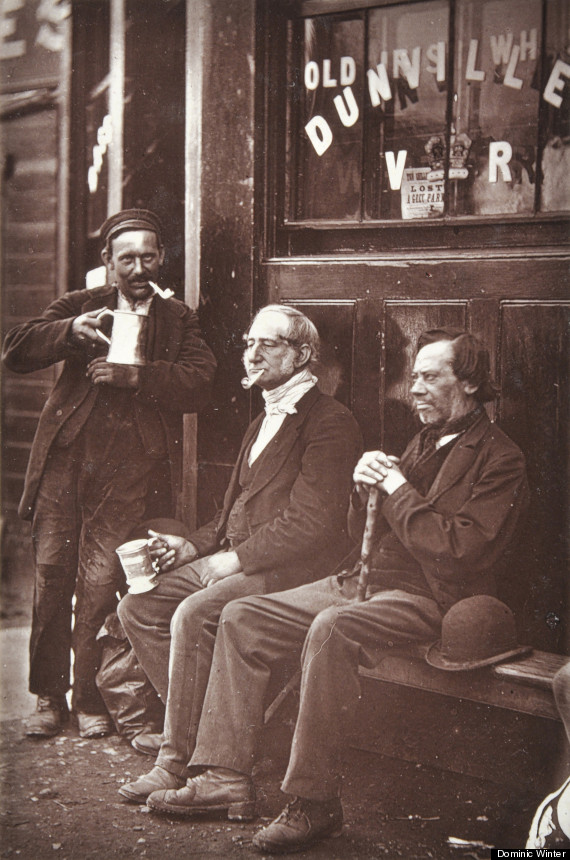 Three men drink from tankards outside a pub (above left). While little is known about the other two men, the one seated on the right is a Mr Cannon, who describes himself as a 'wall worker'. 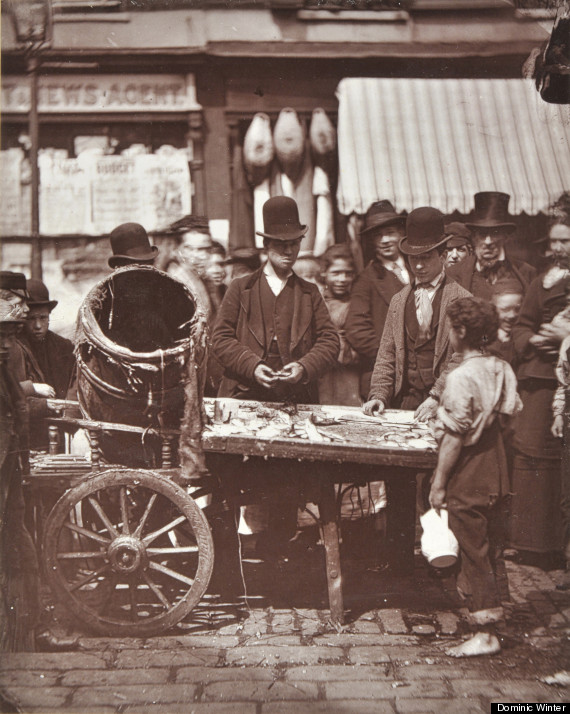 A fishmonger (above left) called Joseph Carney is having a good day at his pitch near Seven Dials in Covent Garden. He has bought a barrel of 500 fresh herrings for 25 shillings and is selling 200 of the bigger ones for a penny each. He's unloading the smaller ones for a halfpenny. 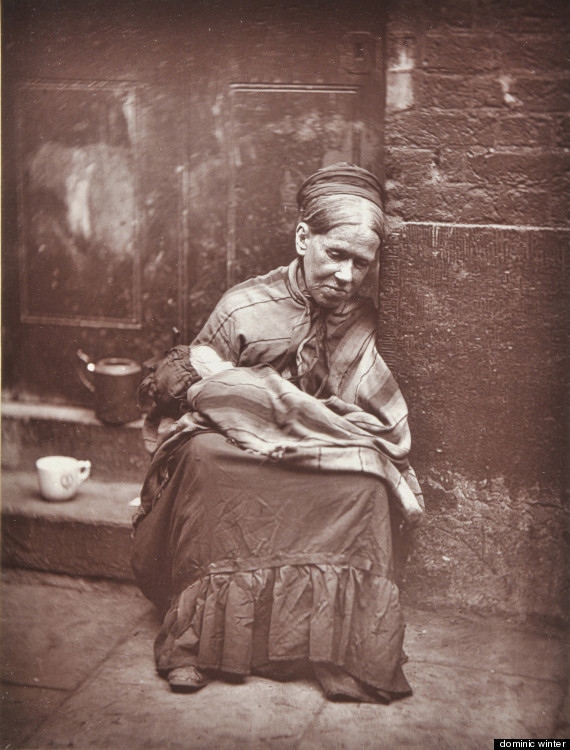 Old 'Scotty' had been the wife of a wealthy man who spent all his money before dying, leaving her peniless and one of London's 'crawlers.' 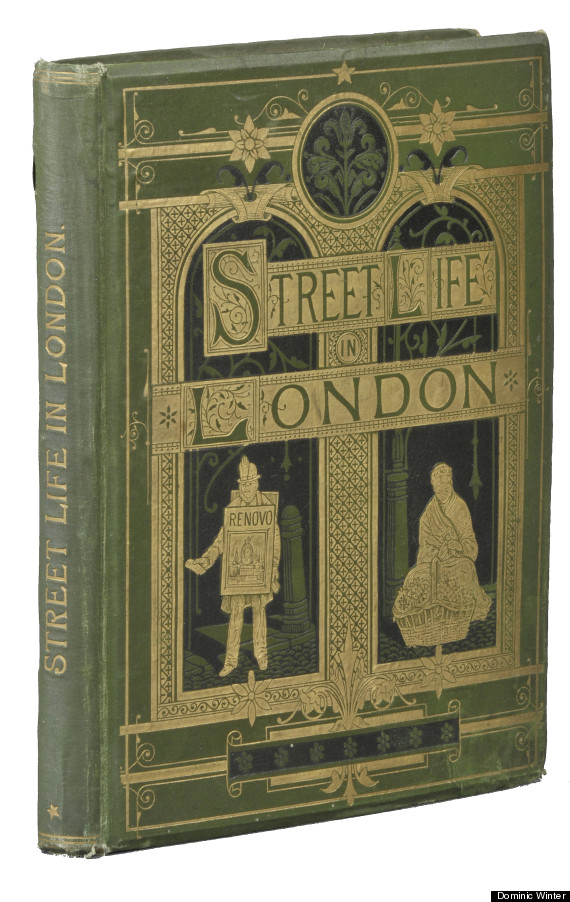