WASHINGTON -- If you've noticed something different at the Woodward & Lothrop building at 11th and G streets NW downtown, you're right: The historic property recently got a new paint jobs that shows off some of the building's intricate details.

The former department store, affectionately known as the Woodies building, was built in 1887, but it wasn't until 1902 that the exterior was decorated with cast iron and leaded glass accents with flower designs and the Woodward & Lothrop monogram. The style of architecture, Beaux-Arts, places an emphasis on classical, even theatrical details.

Although the building's cast-iron panels are original, the new paint job wasn't inspired by a historic color scheme. "At one time, it was all painted one color, and then it just didn't do the fabulous detail justice," said Norman Jemal, the principle of Douglas Development, which currently owns the building. The new colors were chosen because they are similar to those used around the time the details were installed. The building was declared a D.C. Historic Landmark in 1964.

The Woodward & Lothrop chain was liquidated in 1995, and the downtown property remained vacant until Douglas Development renovated it in 2003. Jemal believes the new imagining of the property's exterior is in keeping with the original owners' vision and only enhances its sense of history.

"The Lothrop family definitely spent more than they needed to build the building that was something they'd have their name on," he said. "And they do, and their name will never go away." 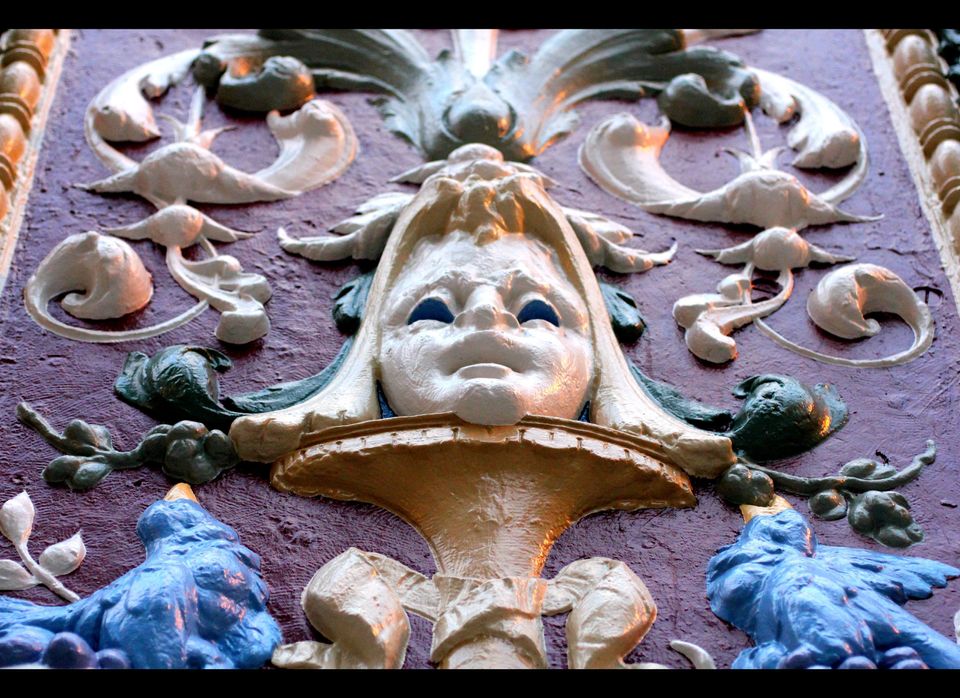 1 / 5
A close-up detail of some of the historic department store building's ornamentation.
Rachel Tepper