Phyllis Tickle died in her sleep this week, after four months of living with cancer. Phyllis is known to the publishing world as a powerhouse. She spearheaded the religion section of Publishers Weekly, taught at Furman University and Rhodes College, served as dean of the humanities at The Memphis College of Art, was the poet in residence at the Memphis Brooks Museum of Art, received honorary doctorates from North Park University and Yale University, and served as Fellow of Cathedral College of the National Cathedral in Washington, DC. She received the Mays Award, a prestigious award from the publishing industry, and a Lifetime Achievement Award from the Christy Awards. USAToday writer Cathy Lynn Grossman once referred to "the rigorous mind and hand-in-the-dirt humility of Phyllis Tickle, the religion commentator and editor of books on daily prayer who lives on a farm in Tennessee."

Well, those achievements are not the reason why I am writing today. That, frankly, is not the Phyllis Tickle I know. I can't even claim to have known Phyllis personally -- face to face. I certainly never visited her farm. Still, as those who knew her no doubt will tell you, I felt like I knew her personally. So I do what many of the authors Phyllis Tickle championed behind the scenes do: I write. I write to honor her. 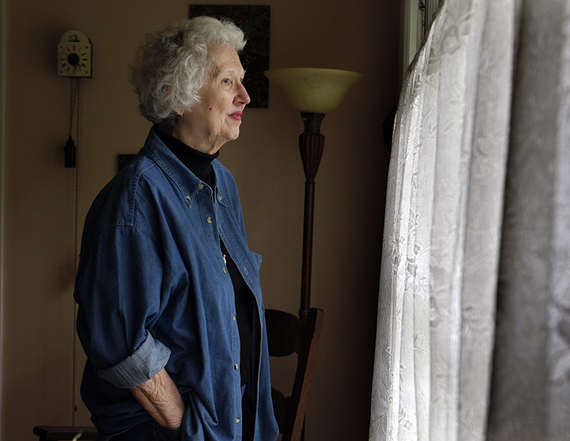 At the prompting of publisher and friend, Jon Sweeney, I called Phyllis one Friday evening a few years back to talk about some meditations I had written on the Holy Spirit. I expected a phone message, of course, followed by months of silence while I waited for a response that would never come. Instead, Phyllis answered the phone herself. She had never before heard my voice, yet she was warm. Genuinely warm. We talked for a while. We talked without haste. She told me she'd like to look at what I'd written, so I should send the meditations along. She was heading out of town that weekend, she explained, but would look at them as soon as she was able.

Turns out she was able early that next week! She wrote to me almost immediately and asked if she could send the meditations to Paraclete Press. (She said some other lovely things -- a habit familiar to those who knew her -- but they are not germane just now.) When Paraclete Press gave me the green light, Phyllis wrote to me again to say that she had absented herself from the decision-making process. She wanted me to be clear that the board had made the decision to publish the book without pressure from her. I was struck at the time by her consideration. (Didn't she have more pressing emails to write?)

I have told this story with a measure of dispassion because the stockpiling of superlatives would obscure Phyllis' practical advocacy. I want you to see her down-to-earth, behind-the-scenes support. She could be effusive, I found, but she was practical to the core as well. She got the job done with grace and -- I speak from personal experience -- professionalism. Care counts, but competence counts, too.

Phyllis and I kept in touch off and on over the years. She endorsed the book with meditations and plotted about how to put me in touch with other endorsers, which she ended up doing herself. Phyllis never recoiled from working on my behalf, though we had never shaken hands or hugged one another -- and though I was of no use to her at all, no stepping-stone in a career fueled by ambition, no connection to be tapped, no opportunity to be exploited.

I suppose the business of publishing books was a pretext, of sorts, for simply being in touch. I loved writing to Phyllis just to be able to hear back from her, because her emails sizzled. It is a measure of her ability to bring words to life that her emails vibrated with vitality. No. That's not quite right. It is a measure of her life that her words vibrated with vitality.