I recently had the chance to listen to pianist Chad Lawson's new album, The Chopin Variations. In this work, Lawson and fellow musicians, violinist Judy Kang and cellist Rubin Kodheli, explore Chopin's original pieces while adding their own sense of musical creativity and exploration. This beautiful conversation between Chopin and modern-day musicians reminded me how lucky we are that through music, we can still converse with ideas and sensitivities of the past, and that these ideas can still speak to our hearts with relevance.

Julie Ingram: What is your musical background?
Chad Lawson: I actually started playing the piano at the age of 5 after seeing Sha Na Na on television. Sha Na Na was a band in the late 70s/early 80s that had a TV show. As a family, we would watch the show together. I didn't come from a musical family by any means so this was literally the first introduction to music for me. I had no idea what the pianist was doing, didn't even know what a piano was, but I knew that was what I wanted to do. So, my folks rented a piano (being afraid to commit to purchasing one seeing that this was all coming from a 5 year old, mind you), and I haven't stopped playing since. Fast-forward and I find myself in classical studies. I had dreams of attending the renowned Peabody Conservatory in Baltimore, so most of my youth was spent at the piano conversing with Bach, Beethoven and obviously Chopin. It wasn't until high school that I was picked up by a local wedding band that introduced me to Credence Clearwater Revival, Motown, Steely Dan, etc. Once I started learning what Reese Wynans was doing on Stevie Ray Vaughn's albums, I knew I had to learn everything I could to please my ears. I wanted to learn how to play every style and well - Rock, Pop, Country, Latin. That mindset eventually propelled me into attending Berklee College of Music where I focused my studies on becoming a studio musician. 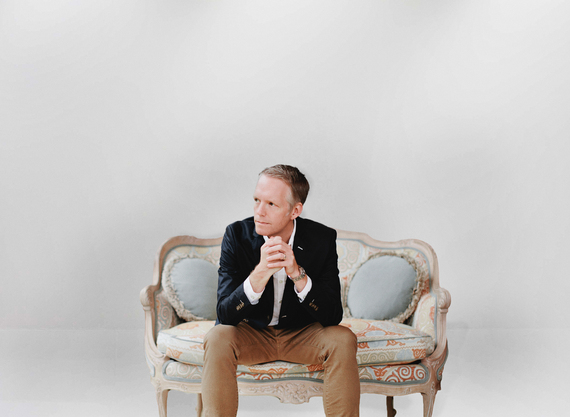 JI: Which musicians inspired you the most and why?
CL: Reese Wynans was a really big influence on me. Billy Preston, as well as Benmont Tench. These artists not only crafted the art of highly skilled performance, but they were saying something with their performance. It wasn't just notes on a page or 88 random choices, but they had a depth to them that is/was most often refrained. You knew at any point in time they, as musicians, could take over the song, but because of their wisdom (as well as being well-seasoned) showed their restraint. The mindset of, "What can I bring to this song/artist as a whole rather then how can I be most recognized?". That really stuck with me. It was always the "less is more" approach with them. That's something I've learned as I've grown as a musician, regardless of what style I'm playing in.

JI: How did the idea of The Chopin Variations come about?
CL: In 2011, I released an album titled The Piano. Two of the pieces I had composed were classical in nature, Chopin-esque sound if you will. But what brought the idea was when I started seeing tweets and social media posts saying, "I'm listening to Chad Lawson perform Chopin's Nocturne in A Minor," or "Chopin's Ballade in C Minor," both of which I composed. I was overwhelmed with gratitude for I dare not even consider myself in the same sentence as Chopin when it comes to composition, but because of the listener's desire for Chopin, the idea kind of wrote it self. It was obvious what the next release would be. People love Chopin. The concept of the album was to show that his works can be as spell-binding even in the most simple/bare-bone forms as they are in the traditional landscape we're already so familiar with. And since its release, the response has been completely mind-blowing.

JI: Do you feel a certain kinship with Chopin now that you've spent so much time with his music? Are there any questions you'd like to ask him?
CL: I love this question. No one has asked me this. I have a love for all things melody. Coming from a heavy jazz background one could suggest improvisation is creating continual melodies as the music moves. I'm always trying to find something that will connect with the listener and since my music is instrumental, I'm not able to provide the audience with a lyric they can associate with. So, in lieu of vocals, a strong melody is the next best thing. With Chopin, he had a great love for opera and the voice, which is rather uncanny being that he never wrote specifically for it. However, one of the things he's obviously recognized for is his ability to create melodies that almost make the piano weep. The piano became his 'voice' that he so dearly loved, and it's amazing to see how an inanimate object can transcend into such a dynamic inflection of human resonance.

JI: How did you decide upon the instrument configuration of piano, violin, and cello?
CL: On my previous release, The Space Between, I had cellist Rubin Kodheli arrange/play on a few pieces. It's incredibly difficult finding like-minded musicians that understand the importance of space. "Space is my favorite note," I always say. It is such a key element in creating a sound, but is often overlooked. Probably stems from my early impressions of the three musicians listed above regarding 'what not to play'. Rubin is one of those rare artists who understands the importance of absence. That sounds funny to say, but it's so on point. With him in mind, I also wanted to connect with violinist Judy Kang mostly because I've known her for a long time and just enjoy her as a friend as well as a musician. Here is someone that has toured with Lady Gaga, Ryuichi Sakamoto and has performed countless violin concertos, but also, as with Rubin, understands the craft of simplicity.

JI: Why did you release the album as a double album?
CL: I decided to release the album as a double disc because I wanted the audience to see the genesis of the project. I actually recorded all of the piano parts alone in my home studio, and once I was finished, I sent them to Rubin and Judy and basically said, "Play whatever you'd like." Rubin arranged and recorded his parts first and then Judy came in afterward and did the same. It was a perfect example of a collaborative effort, and I could not be more grateful for two musicians that saw the vision I had. Lastly, the 4th member of the group is the mixing engineer, Stephen Lee Price. This is actually the first classical recording that Stephen has mixed however I am such an unbelievable admirer of his skills I knew I could trust his expertise. I basically sent him the files and gave no direction. I gave him full carte blanche, and he didn't disappoint. Stephen fashioned a most beautiful landscape with this recording. All of that to say, giving the listener the chance to hear how the process was created was something I thought would be interesting to hear.

JI: How was the process for you having come from a jazz background?
CL: In a sense, I treated these as I would with a jazz chart. I had the melody, I had the chord structure and now to paint between the two. I stuck very close to the form of the actual pieces as I didn't want to sway too far from the original. They're masterpieces for a reason so no sense in trying to re-invent the wheel. Chopin was infallible in his programming of a piece. 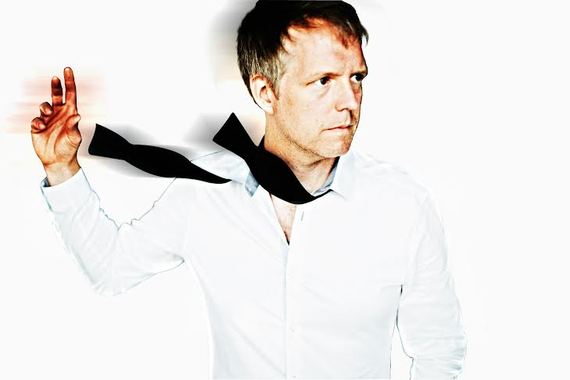 JI: Since the completion of this album, what have been your musical interests?
CL: Oddly enough one would think I would need a break from the Polish composer, but it's only enhanced my interest in him even more! I am reading more about his life and how he worked and thought not only as a pianist but as a teacher as well. The accounts from a few of his students have been fascinating in a sense where we learn an extension of his life from what techniques and studies he passed on to them.

JI: Is there a particular project that may be on the horizon?
CL: I do have two particular projects on the horizon, however I'm a staunch believer in not jinxing things. Some ideas I just hold really tight until the ink has dried and then...on to the next. But right now the focus is performing these pieces live and letting the audience experience Chopin's works so that they may in turn become even more interested in his music and life as well.

Lawson and his musicians will premiere The Chopin Variations on Sunday, November 23rd, 2014 at Le Poisson Rouge in New York City.

The Chopin Variations debuted at #1 on iTunes Classical. To listen, click here: https://itunes.apple.com/us/album/the-chopin-variations/id916381229