Pianist and composer Stewart Goodyear's new recording - The Nutcracker, Complete Ballet Arranged for Solo Piano - is the best new thing in Tchaikovsky. Released by Steinway and Sons, Stewart's piano reduction is rich with what he referred to as the "juicy stuff" within the score - the colors and flourishes that embellish the ballet's clever narrative, along with its glittering array of tempos and accents that enliven a mixed bag of characters and atmospheric mood swings. The recording is unique in the Nutcracker realm and Stewart Goodyear is a formidable proponent.

"I was introduced to the music by way of the Nutcracker Suite," said Stewart. "It was a Phillips LP - Seiji Ozawa conducting the Orchestre de Paris. The flip side was the Sleeping Beauty Suite. I was only a year old, but listened to it over and over. I was enchanted by what I heard and couldn't get enough. When I was five and in kindergarten, my teacher had a cassette tape of the complete Nutcracker which she played during recess. I realized the Suite only skimmed the surface. Putting this music I hadn't heard before into context with the famous march and the dances that follow in Act Two, I came to love The Nutcracker even more. I was six when I first saw the ballet. I went with my grandparents to see a production by the National Ballet of Canada and that became a Christmas tradition. For me, The Nutcracker has always represented December." 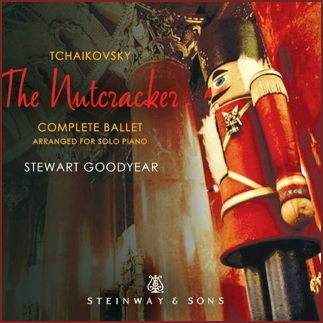 "My first experiences listening to solo piano music were the complete Beethoven Sonatas. After I recorded them, it seemed all my recordings were an homage to my love of classical music as a child. I was always thinking about doing a Christmas album. That's when the idea of The Nutcracker came around. After I transcribed the march, I went to the full score. I was delighted to find how pianistic everything was. I decided to do the whole thing."

San Francisco Ballet holds the distinction of having been the first company in the United States to present the complete ballet. The Company's current production of Nutcracker, created by Artistic Director Helgi Tomasson in 2004, has remained a wildly steadfast favorite and will run for twenty-nine performances beginning December 16. A major highlight is the "Waltz of the Snowflakes" which closes Act I. Its opening measures reveal a forest with a beautifully lighted, very delicate shower of snow - and frolicking snow maidens - that could very well sustain the attention of any first time viewer through its next six minutes. But as the music begins to swell, so does the ensuing storm - the velocity of which becomes disquieting, then onto the awesome side of alarming, then nearly blinding as the fearless corps de ballet continues to leap and cut through the most spectacular downpour ever. After a decade's worth of opening nights, it is Tomasson's choreography that remains in my head. It was in clear view as I listened to Stewart Goodyear's ultimately glamorous recording. 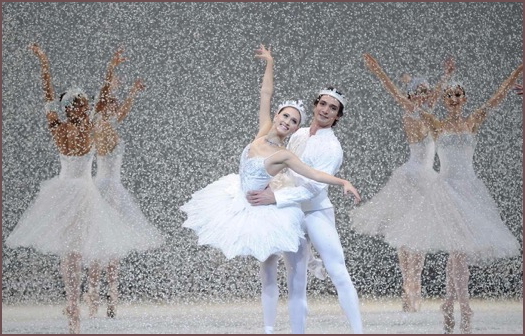 "My mission was to make sure the listener could see choreography and feel the dance-like qualities. That was my criteria when it came to arranging this for piano. All the orchestration was incorporated and, at the same time, its rhythm and grace. The Nutcracker is a brilliant masterstroke of musical storytelling. I had to look at it as a piece originally intended for piano - similarly to Mussorgsky's Pictures at an Exhibition, being originally for piano, as well as Ravel's Alborada del gracioso before he orchestrated it. I did not approach it as a Lisztian transcription. All of the orchestral aspects had to be there and sound like an original work for the piano. Prior to the recording, I had a chance to perform it in Toronto at Koerner Hall. It inaugurated their Family Concerts series. There were also two ballet companies that danced as I performed. The choreography was all original and one of the most thrilling collaborations of my life." 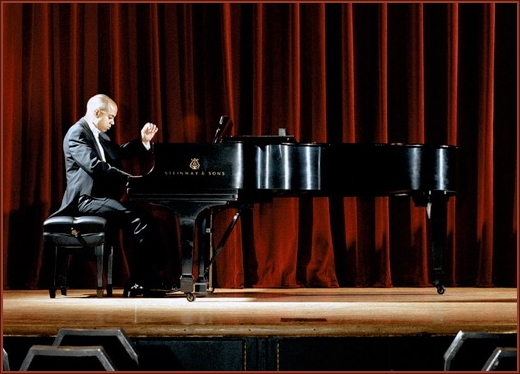 "I recorded The Nutcracker in Boyce, Virginia - on a 9-foot Steinway, on my birthday, with cake during the breaks. I was definitely in the Land of Sweets. It was the most fun recording session I've ever had. I will be playing it in its entirety at Saint Catharine's [Ontario, Canada] on December 4. I'm their Artist-In-Residence for the 2015/16 season. I just opened their new hall in October, performing all five Beethoven piano concertos on a Saturday evening and Sunday afternoon. The event was sold out. On January 10, I am honoring Glenn Gould at the Phillips Collection in Washington, DC. It's their seventy-fifth concert season. I'm doing Gould's entire recital program that he used for his US debut. On February 6, I will be premiering a new work with the MDR Leipzig Radio Symphony Orchestra."

"Who's the composer?" I asked.