This article originally appeared on artnet News. by Amah-Rose Abrams

Scottish pop artist Dominic Currie may have discovered a Pablo Picasso rolled up in a suitcase given to his mother by his father, a Russian soldier, in the 1950s.

Currie never took his mother seriously when she claimed that she had a painting rolled up in a suitcase in the attic. When clearing out her house, he was about to throw a suitcase away when he thought he should open it to have a look at what was inside.

“It was a bombshell," he told the Scotsman. “We had thought ‘Let's just get this to the skip, let's do it'. […] we unrolled it and it was sack cloth with German writing on it. Inside it there was this old oil cloth underneath and newspapers from the Soviet Union in the 50s."

In 1998 Currie discovered that his biological father was a Russian soldier, Nicolai Vladimirovich, that his mother had met on holiday in Poland in 1955 when she was nineteen. The lovers had met up following the birth of their lovechild with Currie's mother Annette making trips behind the iron curtain.

Vladimirovich gave her the painting knowing that, as a single mother, she would struggle financially. It seems she put it in the attic for a rainy day and left it there forgotten, until now.

The painting has now been sent to Christie's London to undergo a process of authentication. If the painting turns out to be real, Currie intends to sell the Cubist work in accordance with his parents wishes.

“It's a wonderful gift. It's like a message from both of them to me," said Currie of the find. “That's how it feels. It's like, “Here son, we're going to look after you. It's taken a wee while but we've got there." 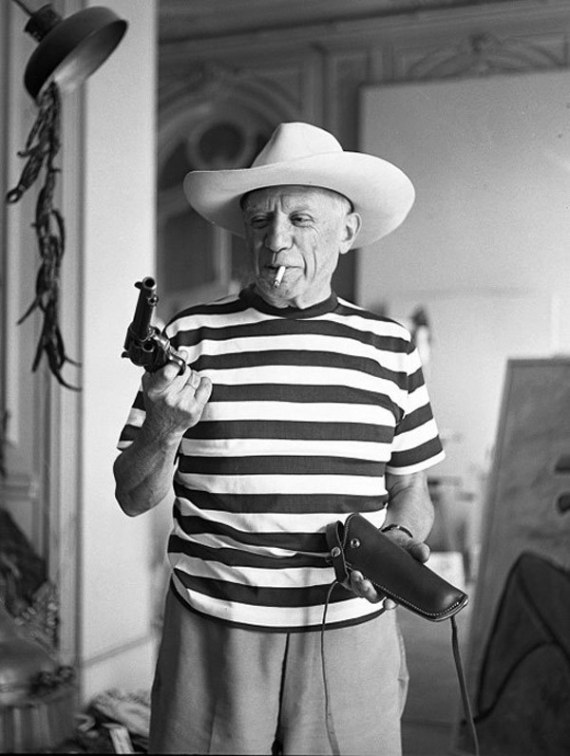