In addition to having written for The Showbiz Show with David Spade and Penn & Teller: Bullshit!, Emmy-winner Steve Melcher has created a blog that has drawn millions to appreciate classical art. He finds the artwork on Wikimedia and can attract legions to look at the paintings by simply re-titling them.

On That is Priceless, Melcher gets viewers to take a look at Gustave Courbet's The Desperate Man (1844) by renaming it Johnny Depp Realizing He Left the Oven On. More recently, he's had fun at the expense of the feud between Charlie Sheen and Chuck Lorre.

Unlike your annoying cousin in the art gallery, Melcher's new titles are actually funny. He's just completed a book of his new titles and the paintings they've named. Contacted by e-mail, Melcher explains that there's an art to making serious paintings amusing.

How often do you actually attend museums?

I've got young kids, so I actually hit museums pretty often. In fact, I got the idea for That Is Priceless: Art's Greatest Masterpieces... Made Slightly Funnier when I was in the gift shop of the Norton Simon Museum in Pasadena. Ever since then, I've been kind of annoying to go with (so I'm told) because I'm always wandering off in search of new material. My wife Amanda and the kids will be somewhere enjoying the Impressionists, and I'll run in all excited I found a great painting of nymphs bowling.

Why do you think the content of so many classical paintings is so mystifying and thus in need your personal explanation?

I think one reason classical paintings are so ripe for new titles is that a lot of them portray old Biblical and mythological stories that everyone's long forgotten. So it'll be a scene where clearly something important is going on, but out of context it seems ridiculous and/or disturbing. I'm talking about all those paintings of women holding severed heads and naked people fleeing from something or other. And with religious paintings being inherently so serious, they're the perfect comedy set-up.

In general, having Jesus do anything that's out of his wheelhouse -- like skateboarding or getting a tattoo -- is good for a chuckle. But that almost feels like cheating, so I try to restrict the number of Jesus-centric ones a little. Still, I have to go to that well every once in a while, because let's face it -- the guy's the star of about 80 percent of the world's artwork. Don't worry -- he's well-represented in the book. 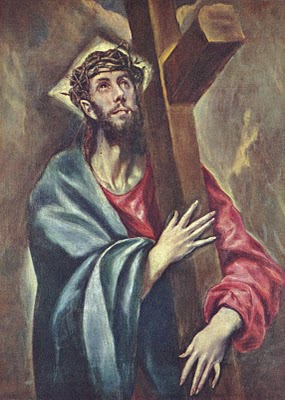 Jesus Praying for a Rainout, 1577 Painted by El Greco, Titled by Steve Melcher

Do you think that people might want to take interest in the original paintings after you've skewered them?

God, I hope so. Then I could actually pretend to be doing society a service with this book, instead of just being a smartass at Hans Holbein the Younger's expense.

You've actually been rather prolific. Has it been tough to come up with a new painting and a title on such a frequent basis?

Depends what my TV job is at the time. I usually try to bang posts out 10 at a time or so on the weekends, so if it's crunch time on a particular show, it can be tough. But I've actually gotten pretty good at painting-surfing on my iPhone while I drive to work. Yes, that's a little reckless, but to me, art is all about taking risks.

How did you decide which of your newly titled masterpieces deserved preservation in print?

I'd love to be able to say there was some sort of ingenious algorithm at work, but in fact, for the That Is Priceless book, Amanda and I pretty much threw together a combination of our personal favorites and the ones that got the most favorable comments on the site. If there were any on the bubble, Amanda made the final decision, because she's got a great eye, she's ruthless, and she never looks back.

The harder decision was which one to use for the cover. The most popular posts have been the ones involving celebrities (like Johnny Depp Realizing He Left the Oven On), but that's tricky because celebrities are unpredictable. They tend to die suddenly or get arrested for horrible things like wife-beating and running dog-fighting rings. And with my luck, whoever we put on there would decide to do it the week before the book came out. 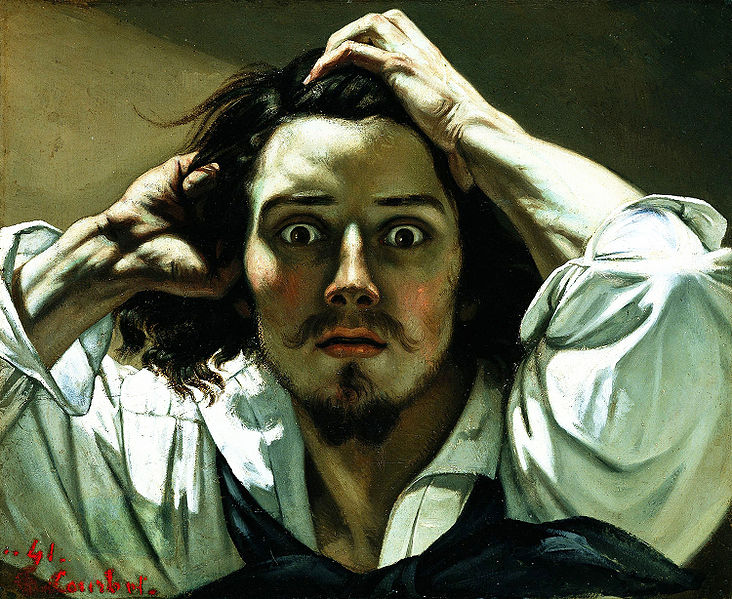 Johnny Depp Realizing He Left the Oven On, 1577
Painted by Gustave Courbet, Titled by Steve Melcher

Why have more recent painters like Picasso or Chagall avoided your ire?

So you noticed. Actually, there's a simple answer for that. All paintings are copyright-protected for 70 years after the artist's death. After that, they're public domain. So for now, I'm pretty much sticking to the 14th through 19th centuries. But if I'm still doing this in 2043, trust me, Picasso's going down.

Are there any artists you've found easier to re-title than others and which ones? Courbet, Vermeer and El Greco appear to be favorites.

The general rule for me is the more realistic the painting the better, because the joke works better if you don't have to squint to figure out what you're looking at. For that reason, you won't find a ton of Impressionists in That Is Priceless. Besides the guys you've listed, some of my favorites are Waterhouse, Bouguereau, and Edmund Blair Leighton, and of course, I love the Dutch. If I'm ever struggling for material, I just do a search for "Hans" or "Pieter" and the floodgates open. The Dutch are all about inexplicable scenes full of weird-looking people, rendered in meticulous detail-often with two animals copulating in the background.

Why did you leave out the original titles of the paintings in the book? Are they not good enough for you!?

I thought about that, but when a re-title really works, it leaves you thinking, "Of course! What else could it possibly be?" It seems like it might be kind of a buzzkill to shatter that illusion with a dose of cold, hard reality.

Is there a segment of Bullshit! or any of the other shows you've written that you're especially proud of and wish people knew that you had written?

Probably my favorite Bullshit! episodes were "Cheerleaders" (the untold truth about cheerleading accidents) and "Organic Living," where we took on the organic food movement. I also wrote "The Vatican," which--because of the subject matter--almost got the show cancelled. In fact, it only aired once and was purposely left off the DVD. Yes, I'm that dangerous.

Believe it or not, in some ways, Google is stricter than television censors when it comes to content (nothing against Google, who I love, and coincidentally, depend on for my blog's existence. I'm just stating a fact). A few months ago, I was ordered by some sort of cyber-tracker to remove a post (upon penalty of site shutdown) because it contained the word "impotence," for Pete's sake. Not "boner," not "blueballs"...."Impotence." I mean, really. But rest assured--that saucy piece of comedy contraband made it into the book.

How well do you draw or paint?

Not well at all. I'm a horrible artist, and that sad fact kept me from becoming a cartoonist, which is something I was actually hoping to do at one point. I even took a class taught by a New Yorker cartoonist once, but the look in his eyes when I showed him my work made it pretty clear I was wasting everyone's time.

So That Is Priceless is perfect. I get the services of the most talented illustrators in recorded history, and Caravaggio gets his work seen by a new younger, hipper audience. It's win-win.