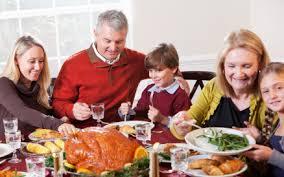 Is your child a picky eater?

Satisfying your picker eater is difficult but manageable. How you deal with it depends on their age, your time constraints, and your food likes and dislikes. Have you considered that as a parent you play a major role the behavior of your child? If one or both of the parents openly state what they don't like to eat, or what they won't eat, your child will pick up on this and emulate your behavior. With the child's limited exposure to various food or their immature taste buds, the child's reactions will be more severe than yours, but it is still a learned trait.

One client, a busy attorney with a young son, said she likes the ease of fast-food restaurants. Besides, she said, she had not felt the need to be as thin as a super-model, so she had believed she could eat fast food regularly. However, now, she is concerned because fast food is the only dinner her five-year-old son will eat! In addition, she has been steadily gaining weight due to this lifestyle choice. Finally, she realized that she is a super-model... to her son! Children model the behavior of their parents and only know what is familiar to them. My client was modeling poor food choices and an overweight existence.

This client truly could not understand why her son would only eat fast food options and didn't realize the role she played in his food choices and health. She truly believed she was saving precious time in her busy day and never considered the ill effects to herself and her son.

Is your child modeling a parent's behavior? Do you complain about certain food items or state that you do not eat something? Keep that information to yourself; your kids are listening.

Your picky eaters want to eat food he/she enjoys and are reluctant to eat or sample new food. Children also want to eat what they see in the commercials on TV, and once they begin eating sugary items, they usually want more of the same.

Work with your picky eaters. Keep your strategies age-appropriate and take simple steps for you both because you want your kids to eat nutritious food.

Picky eaters differ from those with medical restrictions or allergic reactions. At some level everyone is a picky eater, some more severe than others. Picky eaters will change their likes as time passes or as they are introduced to different food and tastes. But that time-frame is up to the individual. The one thing parents must continually remember is how your actions are perceived and interpreted by your child. They will model you.