On October 20, amateur astronomer Alan Friedman got a little face time with the sun.

Using his own telescope, Friedman captured a highly detailed photograph of our solar system's star using a filter to capture Hα (H-alpha) light waves, which Discover Magazine defines as "the light of Hydrogen."

The images below might look like a swirling sea of fire, but what's shown is actually light from the chromosphere, a thin layer that sits between the photosphere and the corona, the the sun's outermost layer.

Discover Magazine explains how Friedman captured light from the chromosphere:

The Sun's surface puts out light at all wavelengths, but the surface isn't solid. It's a gas, and it tapers off with height. Normally, a thin gas in space emits light at very specific colors as electrons jump from one energy level to another in the individual atoms. But compressed gas in the thicker, denser part of the Sun mashes together all those energies, spreading them out, so it emits white light (that layer of the Sun is called the photosphere). Above that layer, where the gas is thinner (in a layer called the chromosphere), the hydrogen does emit light at specific colors. One of these, Hα, is in the red part of the spectrum, and in fact hot, thin hydrogen emits very strongly in Hα.

By plopping a filter in front of a telescope, you can block a lot of the light from the photosphere but let light from the chromosphere through. That's what Alan Friedman did -- he used a filter that let through a very narrow range of colors centered on Hα -- to get this stunning picture. Well that, plus quite a bit of image processing! But everything you're seeing there is real, and is happening on the Sun.

The dark spots that are visible in Friedman's photos are sunspots, and the emissions visible around the edge of the sun are solar prominences. View the images (below) for a close look at the solar action.
Alan Friedman's photography has been featured by NASA and SpaceWeather.com. Visit his gallery to see more amazing images of space. Also, view our slideshow of photographs from NASA's Solar Dynamics Observatory to see massive eruptions on the surface of the sun. 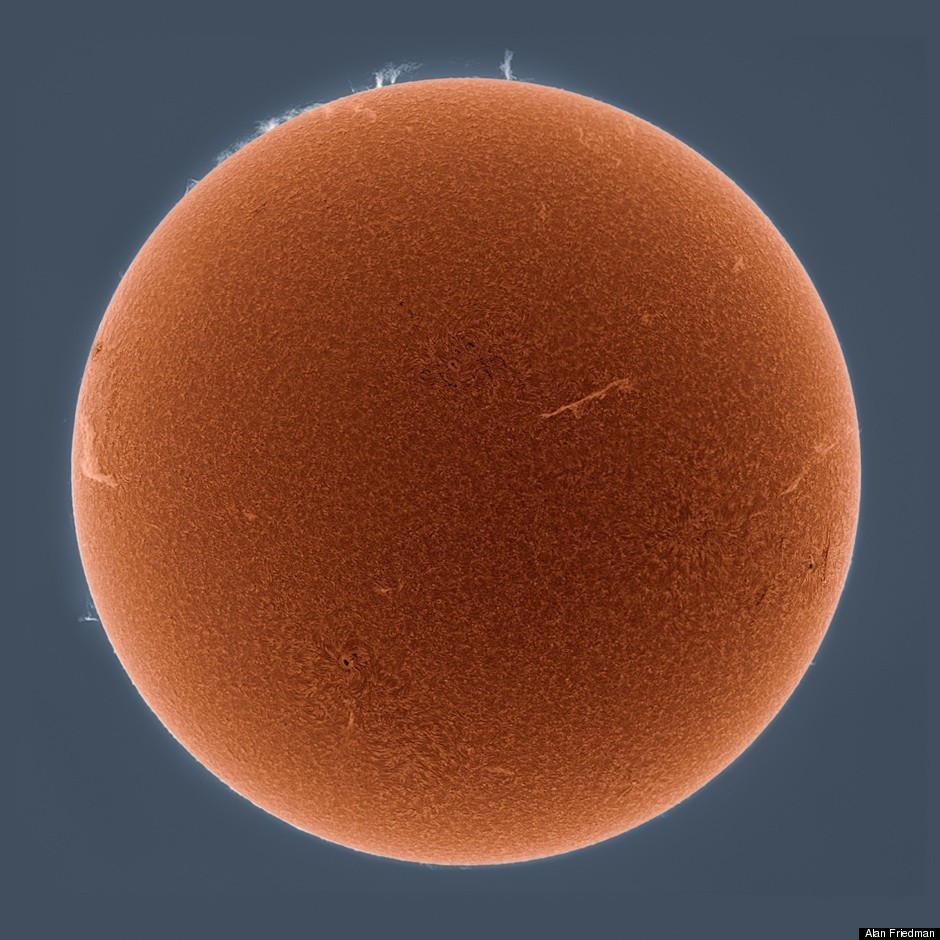 Prominences on the surface of the sun: 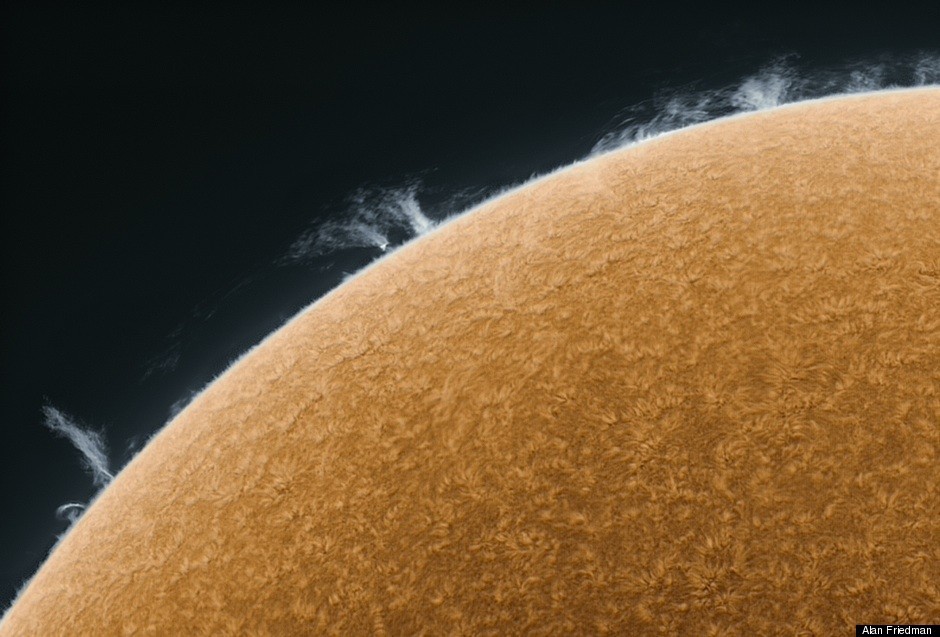 A sunspot and filament on the surface of the sun: 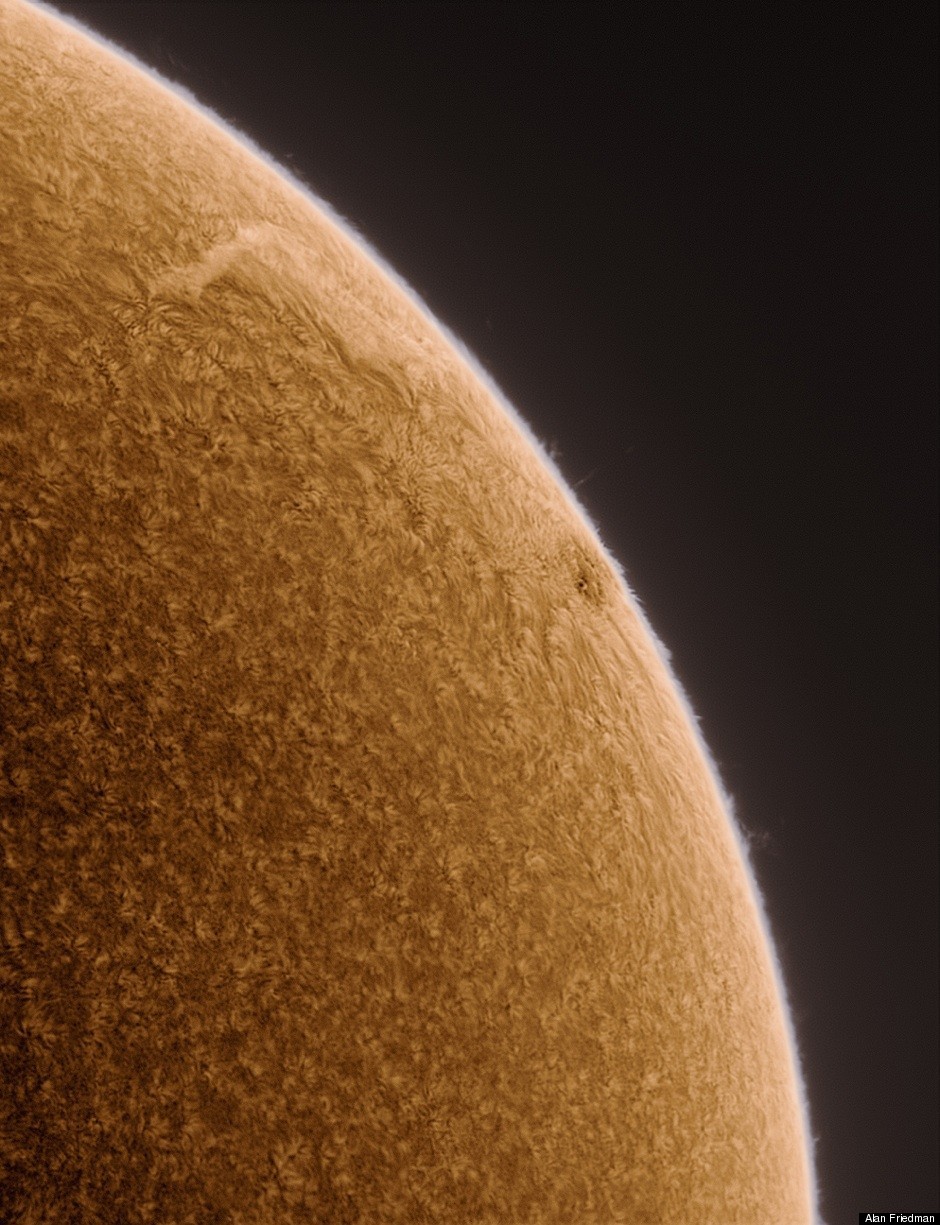 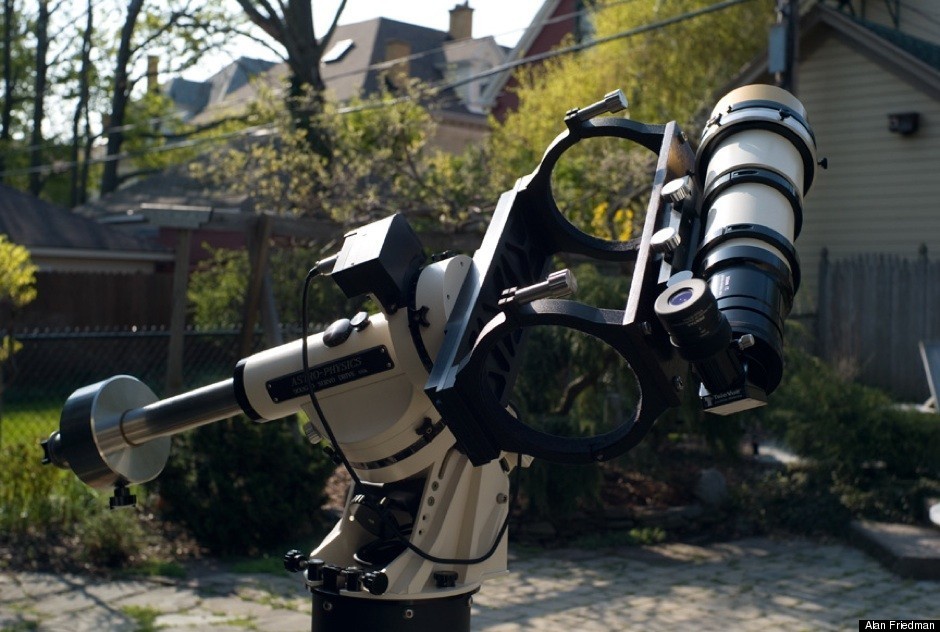